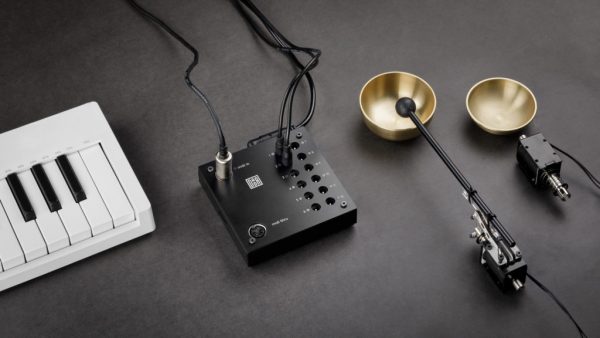 There was a time when using controllers to play music was still novel. Building them was a technically complicated task, limited to a handful of individuals – most of whom had to keep solving the same basic problem of how to get started over and over again. Now, we know, that’s no longer the case. There are controllers everywhere. You can buy a finished one off the shelf. If you want to customize and modify that, it’s easier than ever before. If you want to make your own, that’s easier than before, too. And the result is that musicians separate themselves by making their music special – by practicing and creating something uniquely theirs.

Now, it seems that a friendly little niche of electronic music making is poised to open up for robotic instruments. (As my friend Donald Bell so nicely put it, quoted on the Kickstarter here, “tinkertechno.”)