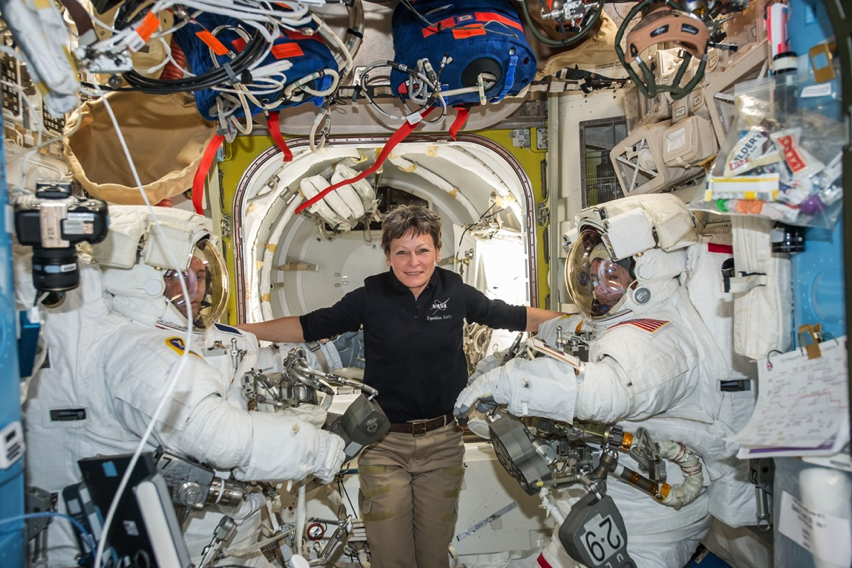 Peggy Whitson is adding more time to an already record-breaking mission after signing an agreement to stay on the International Space Station for an additional three months.

Instead of coming back to Earth with her Expedition 51 crew mates, Oleg Novitsky from Roscosmos and Thomas Pesquet from the European Space Agency, Whitson will remain on the ISS and join NASA’s Jack Fischer and Roscosmos’ Fydor Yurchikhim for Expedition 52.

“This is great news,” Whitson said in a press release. “I love being up here. Living and working aboard the space station is where I feel like I make the greatest contribution, so I am constantly trying to squeeze every drop out of my time here. Having three more months to squeeze is just what I would wish for.”

Whitson first launched to the ISS with Expedition 5 for six months in 2002. She returned for another six months for Expedition 16 in 2008, then for the third time when she launched in November 2016 on Expedition 50/51. On April 24, 2017 she will officially break Jeff Williams’ record of 534 cumulative days in space.

Whitson already holds the record for most spacewalks by a female as well as being the first woman to command the space station twice.