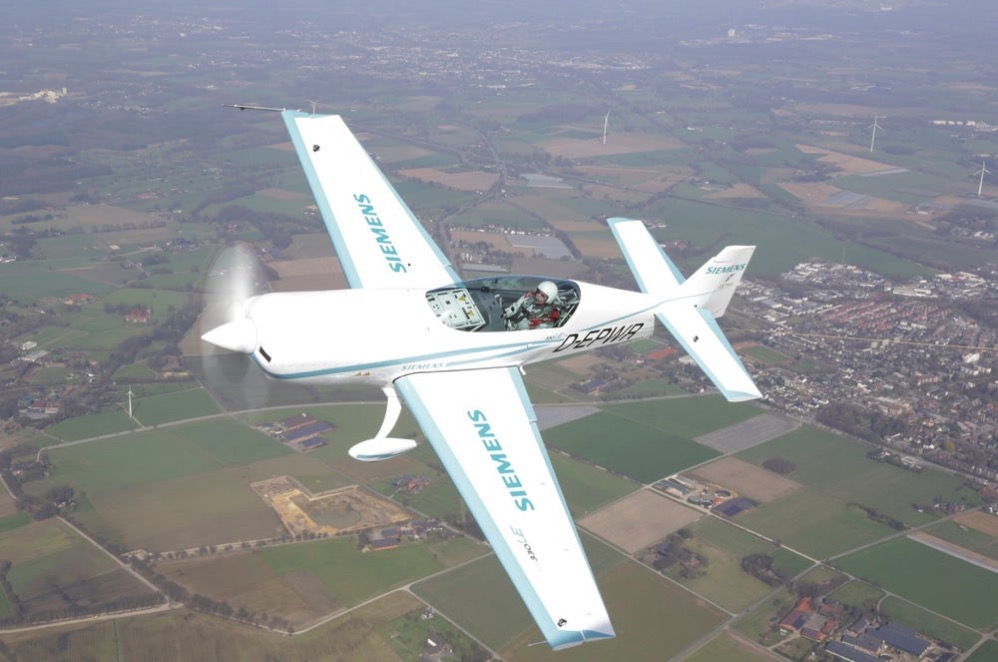 Siemens has just announced that an electric aerobatic plane powered by its latest motor has nabbed two world speed records. The Extra 330LE aircraft is now the fastest e-plane under 1,000 kg, and also – after a few mods – the quickest above 1,000 kg, too. The electric test plane also became the first in the world to tow a glider up into the skies.

The Extra 330LE aerobatic plane powered by the lightweight electric motor announced by Siemens in 2015 made its first flight in July 2016. The motor tips the scales at 50 kg (110 lb) but is reported capable of delivering a continuous output of 260 kW, five time more than comparable propulsion systems.

Before the end of last year, the flying test bed had opened a new page in the record books by setting a new world climb record, winging its way up to 3,000 meters (9.840 ft) in 4 minutes and 22 seconds – a climb velocity of 11.5 meters per second.

On March 23, at the Dinslaken Schwarze Heide airfield in Germany, the Extra 330LE managed to top out at 337.5 km/h (209.7 mph) during its 3 km (1.8 mi) straight line flight, 13.48 km/h faster than the previous record set in 2013. The new record has been officially recognized by the World Air Sports Federation (in the category “Electric airplanes with a take-off weight less than 1,000 kg”).