From Nova Online’s The History of Anime & Manga:

Back in Japan, after World War II, a young aspiring artist named Osamu Tezuka became a cartoonist and released his first work Shintakarajima (known in English as “New Treasure Island”). As a child, Tezuka was a fanatical fan of Walt Disney’s early animations. Many were impressed by Tezuka’s original style. However, it was not until Tezuka released his ultimate work Tetsuwan Atomu (Astro Boy) that he achieved success; he was pronounced “the Father of Manga and Anime”. 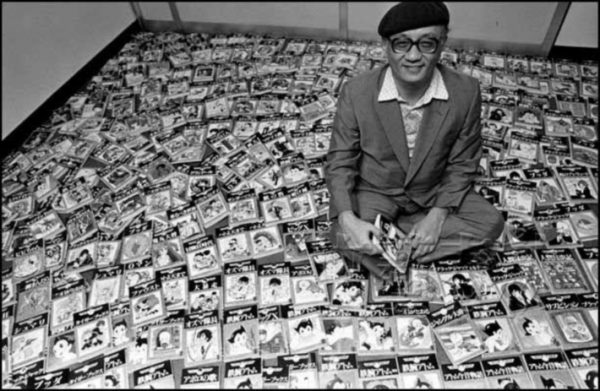 When Tezuka made a name for himself in the industry, he managed to establish his own production company in 1962. He formed Mushi Productions, where he released his best work, Astro Boy. With Astro Boy, Many recognized Tezuka’s original style and approach that was new to the entire industry. The style of his illustrations and characters came from French and German cinema. His characters exploded with life and emotion, and his stories would unfold themselves on hundreds of pages. By 1963, Astro Boy crossed international borders and was premiered on NBC stations all over the US and was still successful with American audiences.