Pictures from the 10th Anniversary ‘OptoSonic Tea’ in NYC

Last week marked the 10th anniversary (wow has it really been 10 years – yes, yes it has) in NYC for OptoSonic Tea – think tea, like steeped, or immersion in, with opto like ocular and sonic like aural envelopes of experience (that said at non-anniversary events conversations usually take place around servings of green tea). Projections and light-based works were more obvious: this image is coming from that lens, with mixing or multi-layered visuals being common. Audio was immersive, and random; speakers were scattered throughout the multi-thousand square foot Pioneer Works in Red Hook, Brooklyn, and sometimes (if not most times) the person you could closest find doing audio mixing wasn’t producing the sounds you were necessarily hearing at any moment. Their sound might be elsewhere, or even delayed.

More than three dozen artists and makers participated, and here are some shots from the celebratory evening: 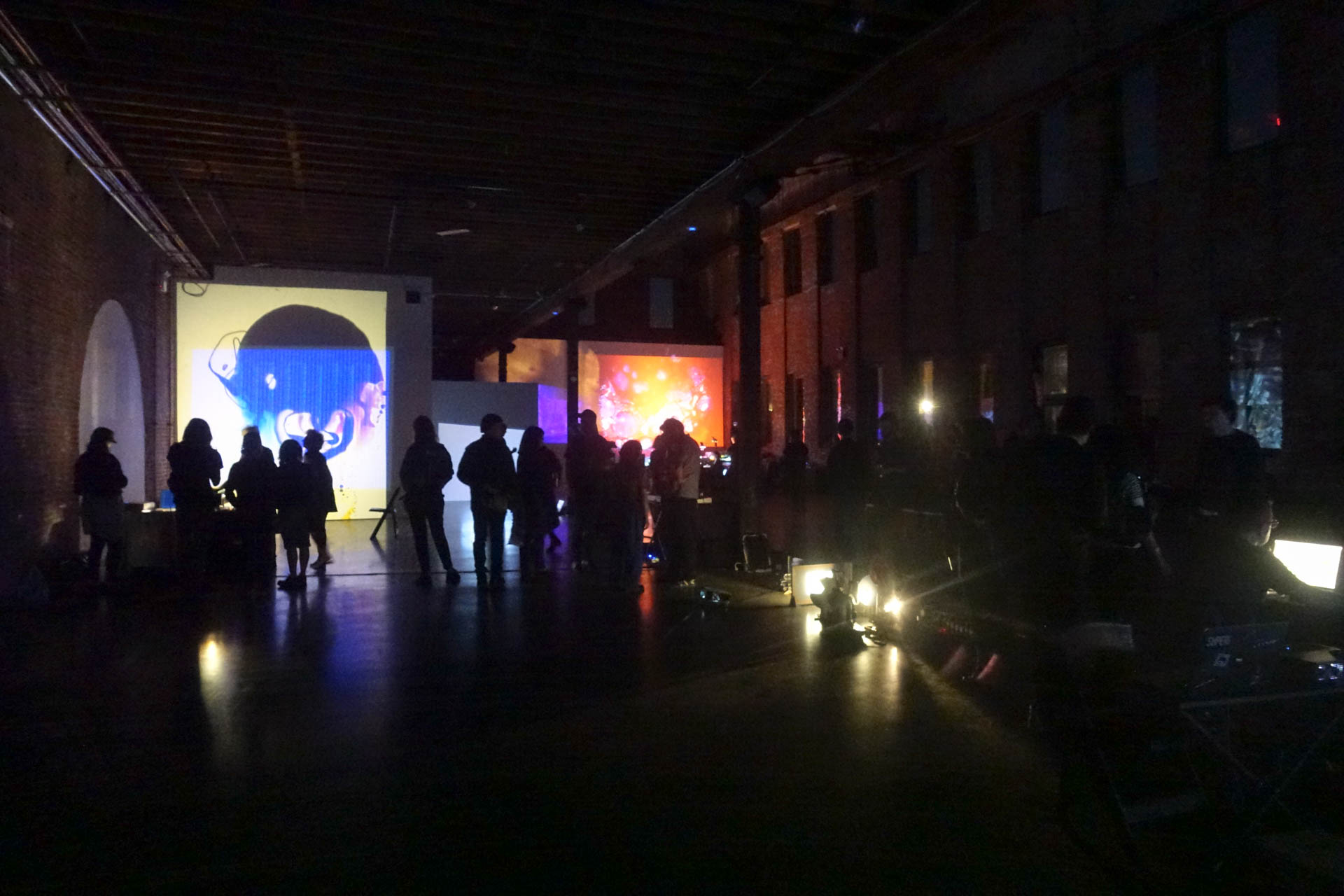 The main hall of Pioneer Works 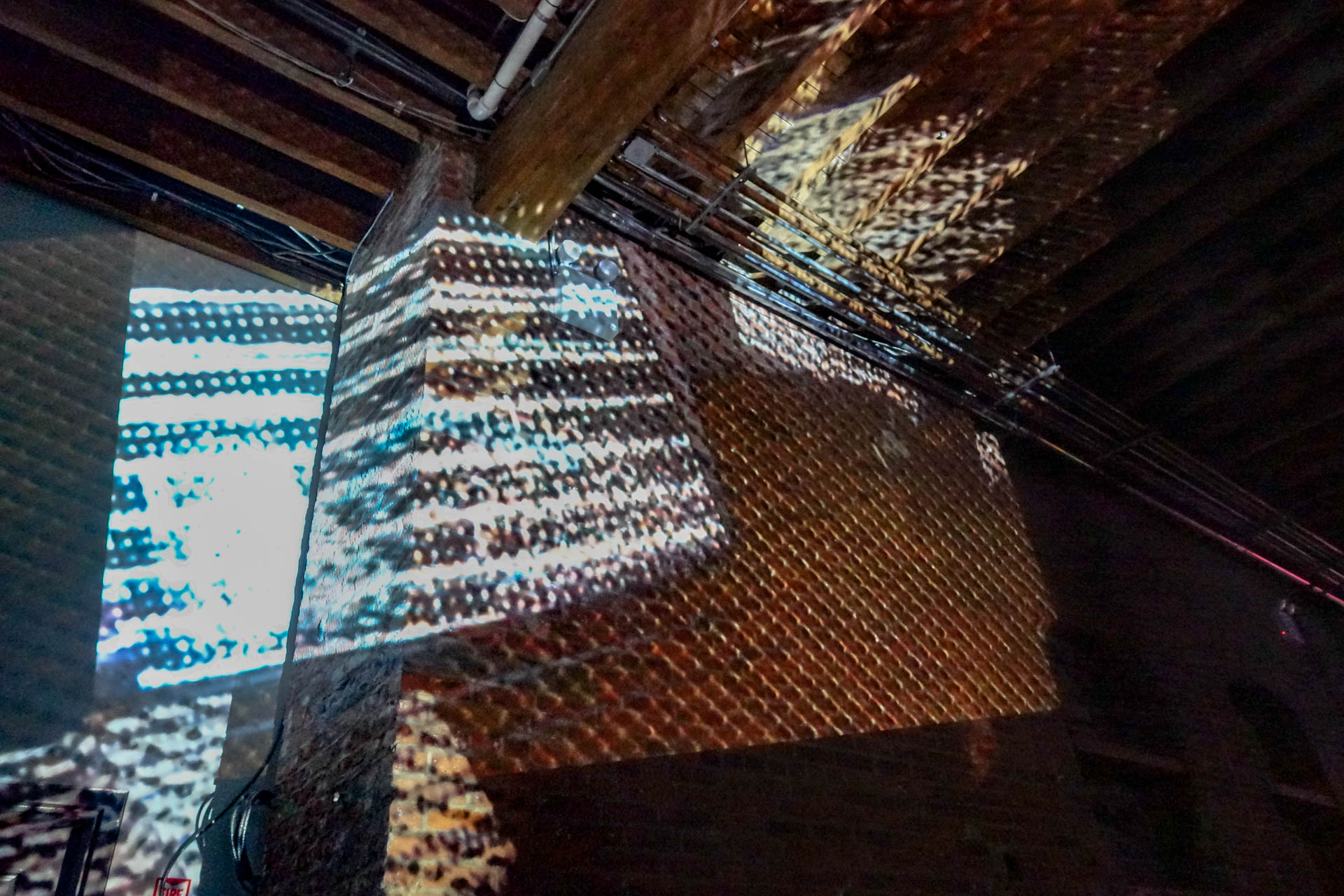 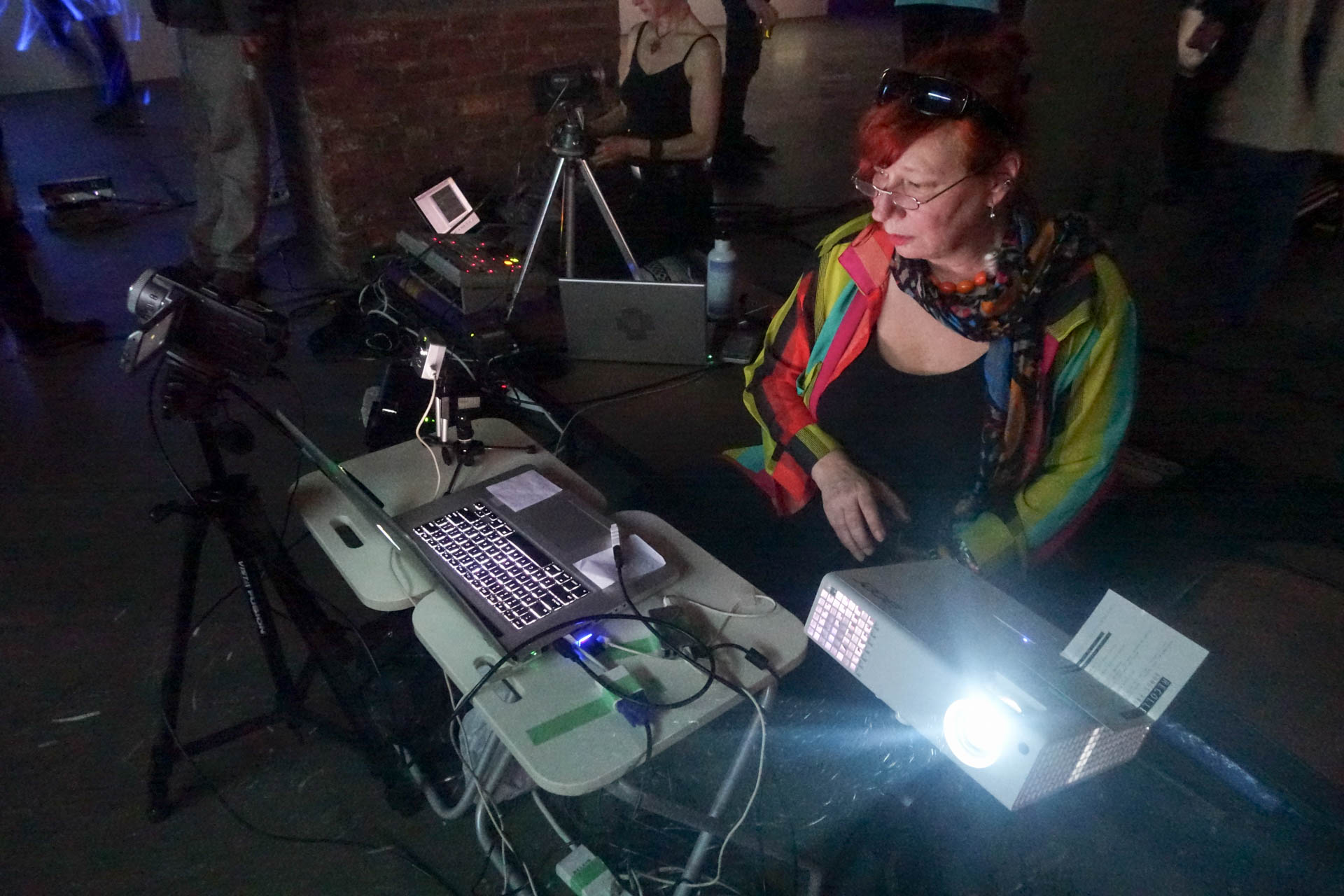 Co-organizer Katherine Liberovskaya tends to her mixing station; projection seen above on the architecture of the space. 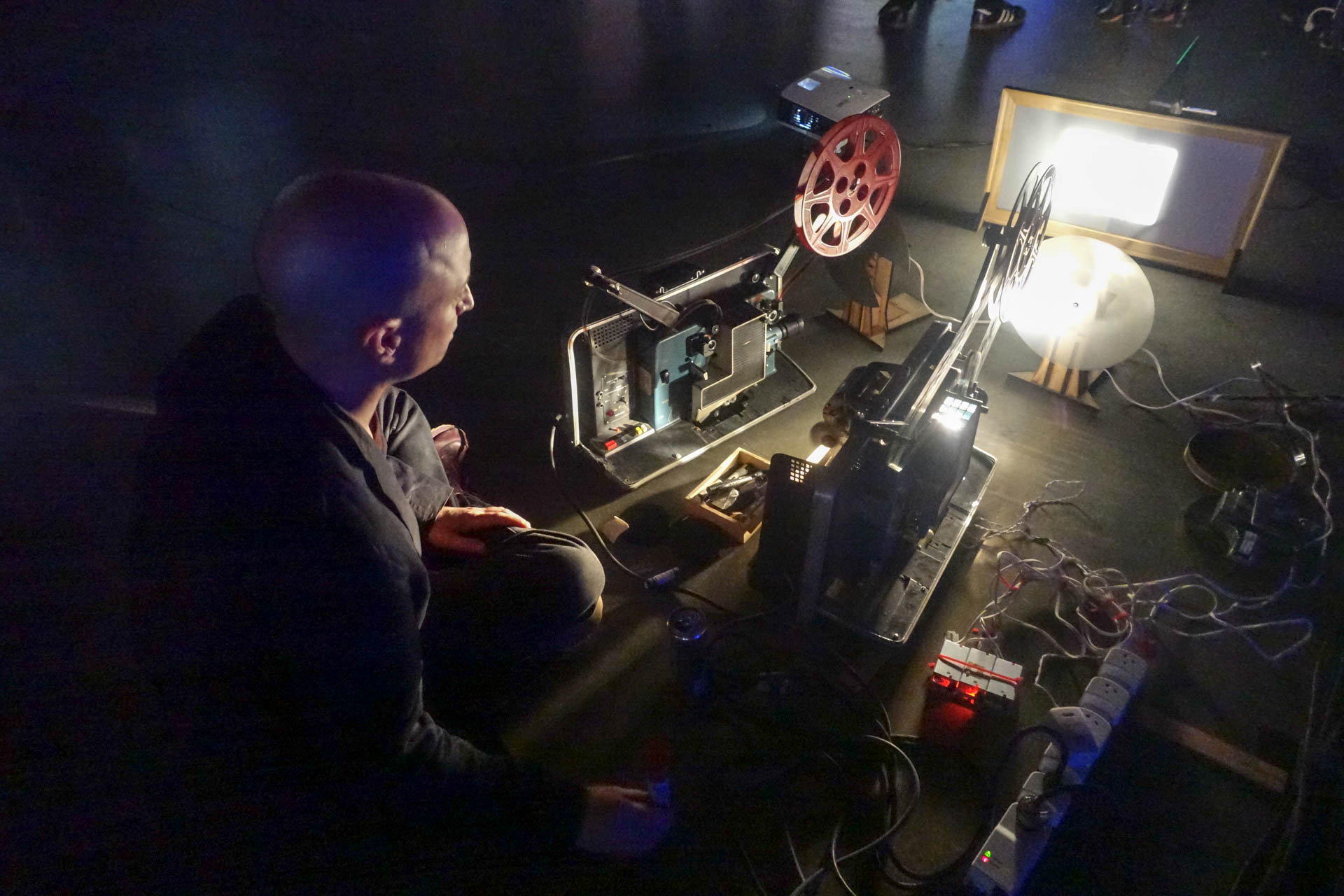 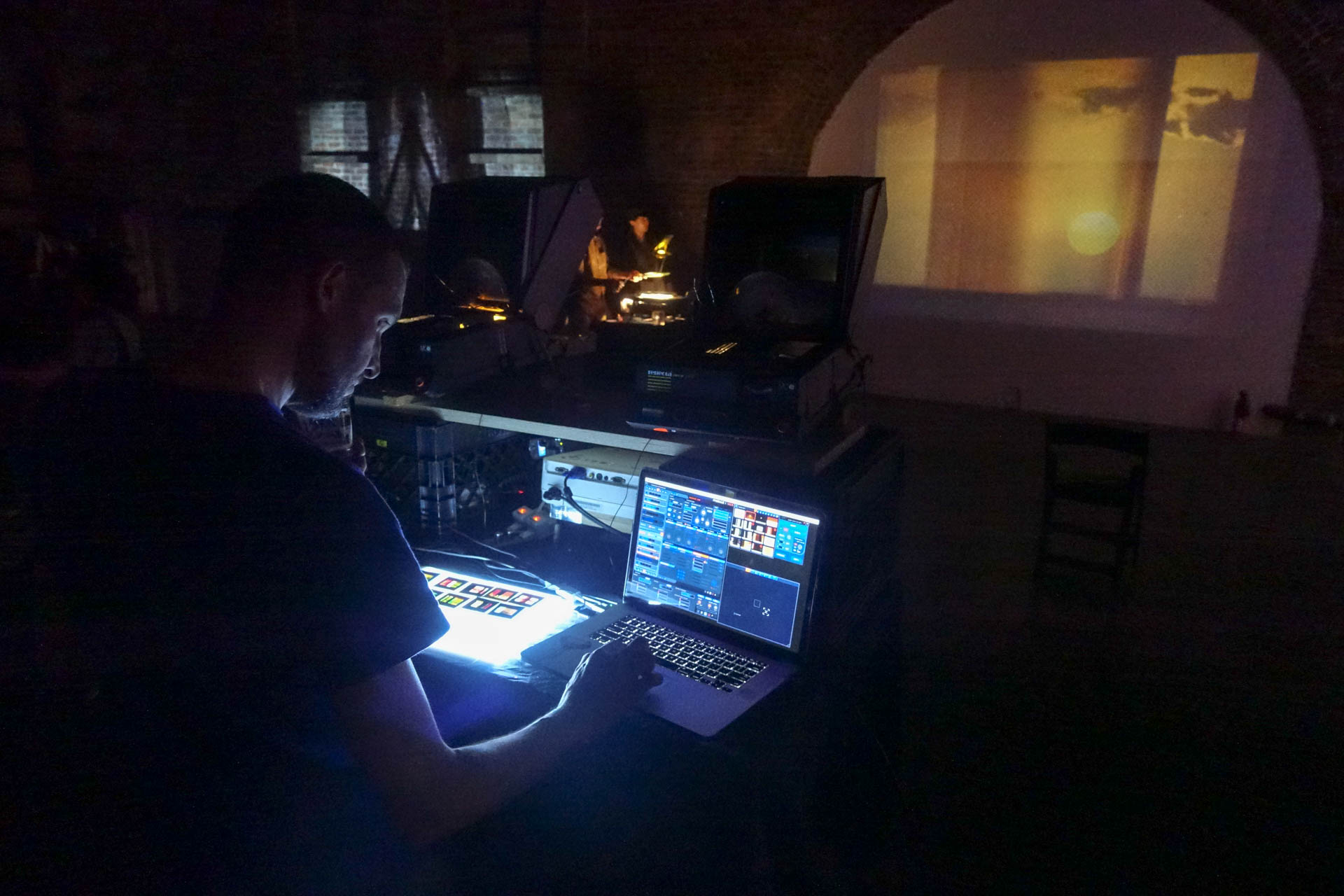 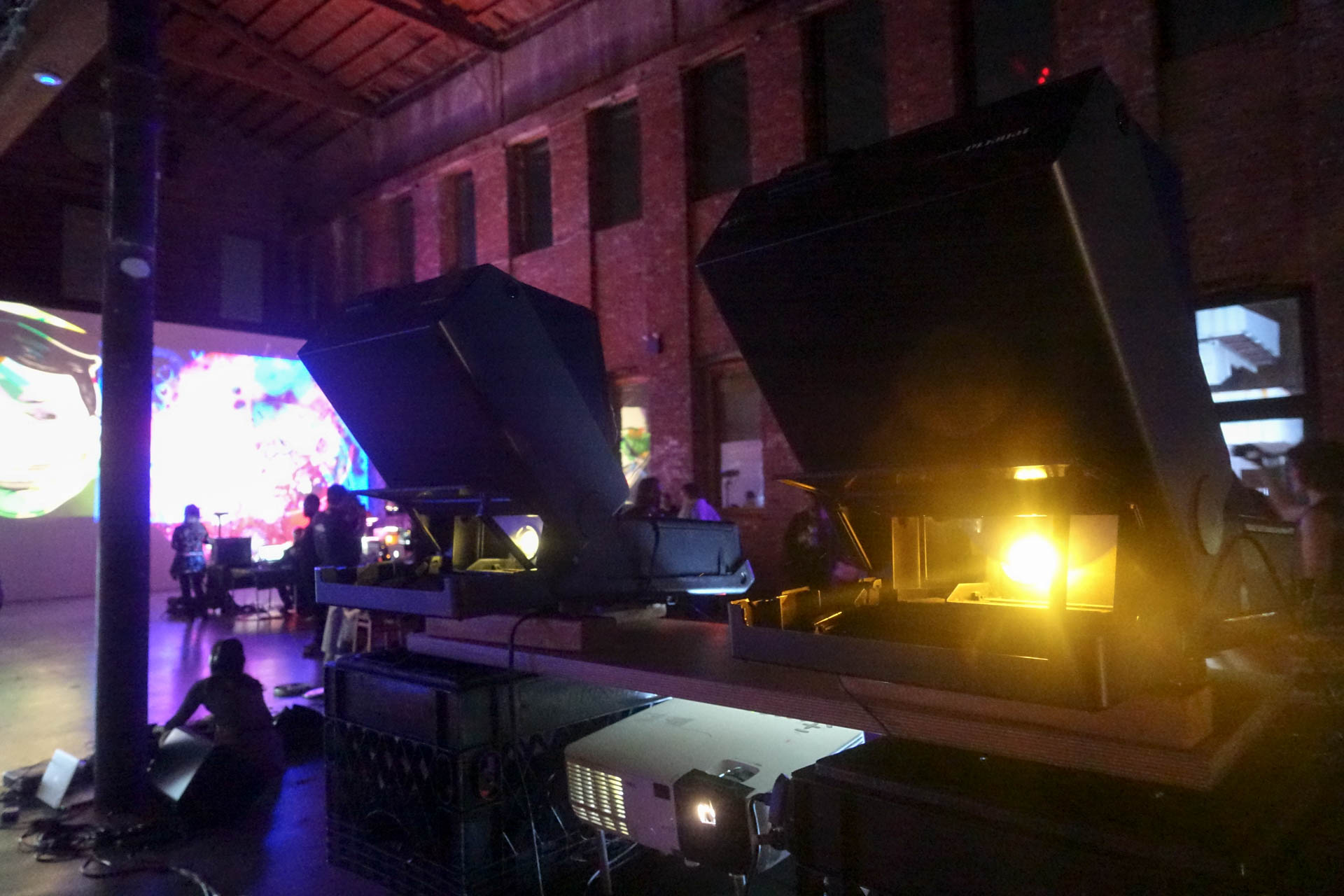 These rad projectors are housed in unique flip-lid cases; the maker was using analog 35mm slides mixed through some digital software (seen above). 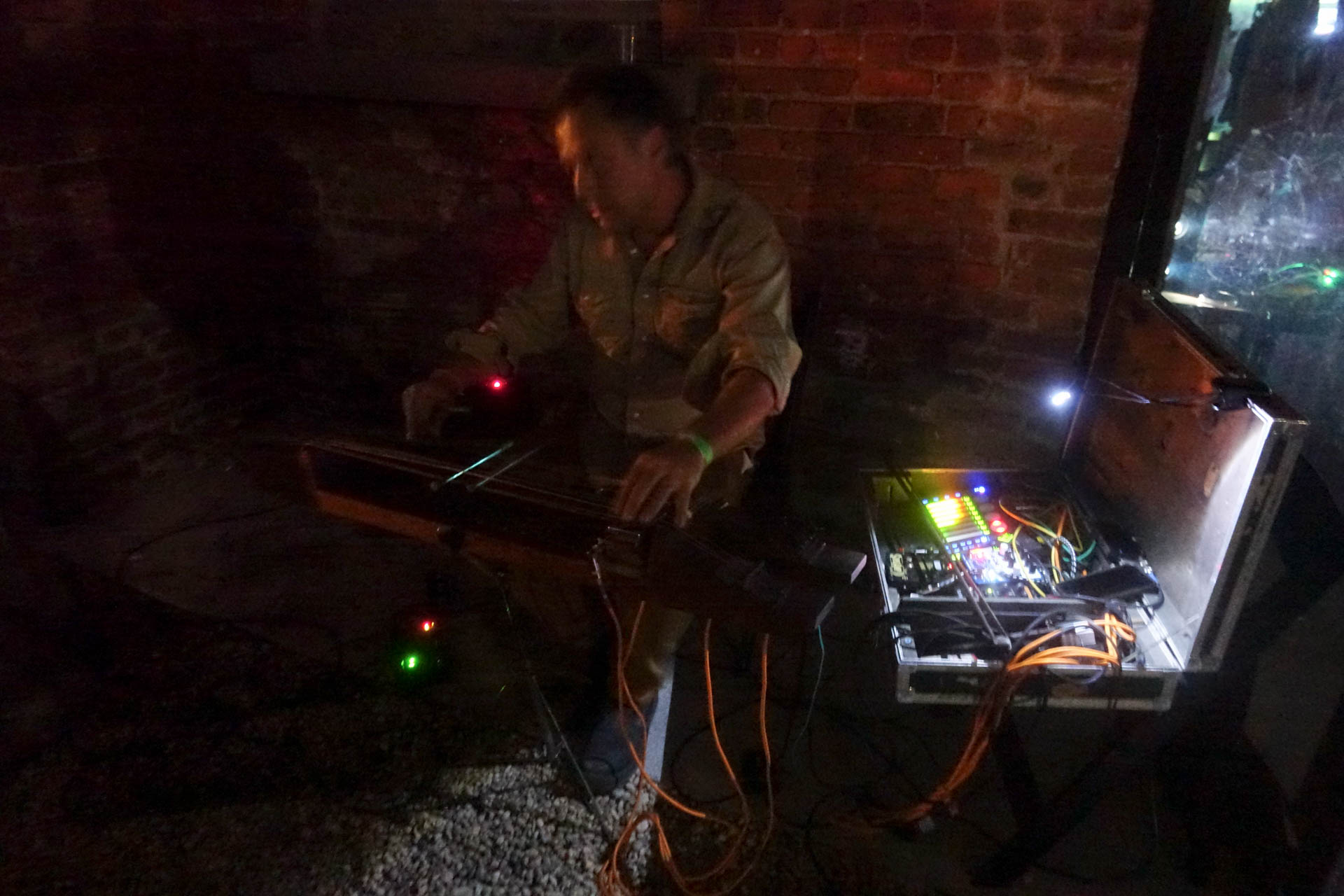 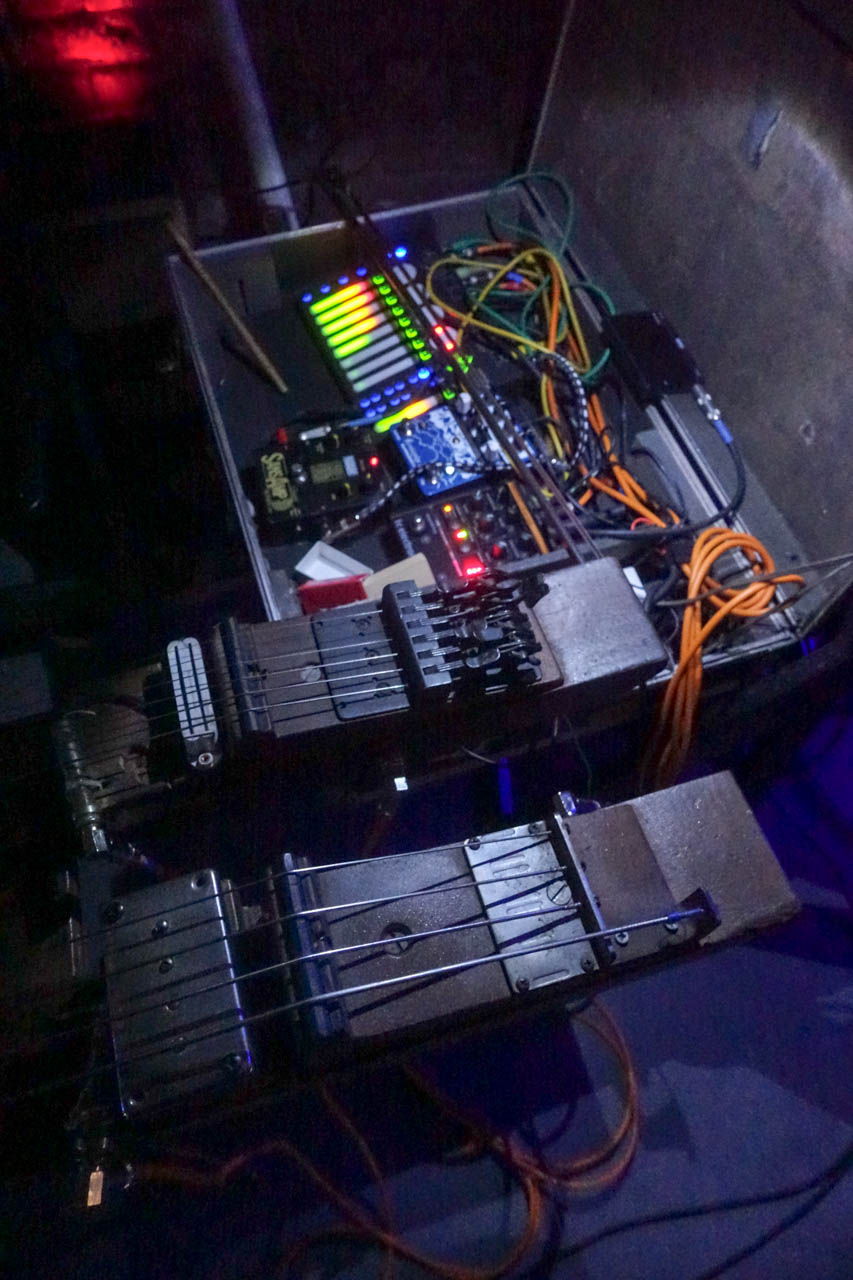 Great sounds from this homemade slide guitar instrument – give a listen: 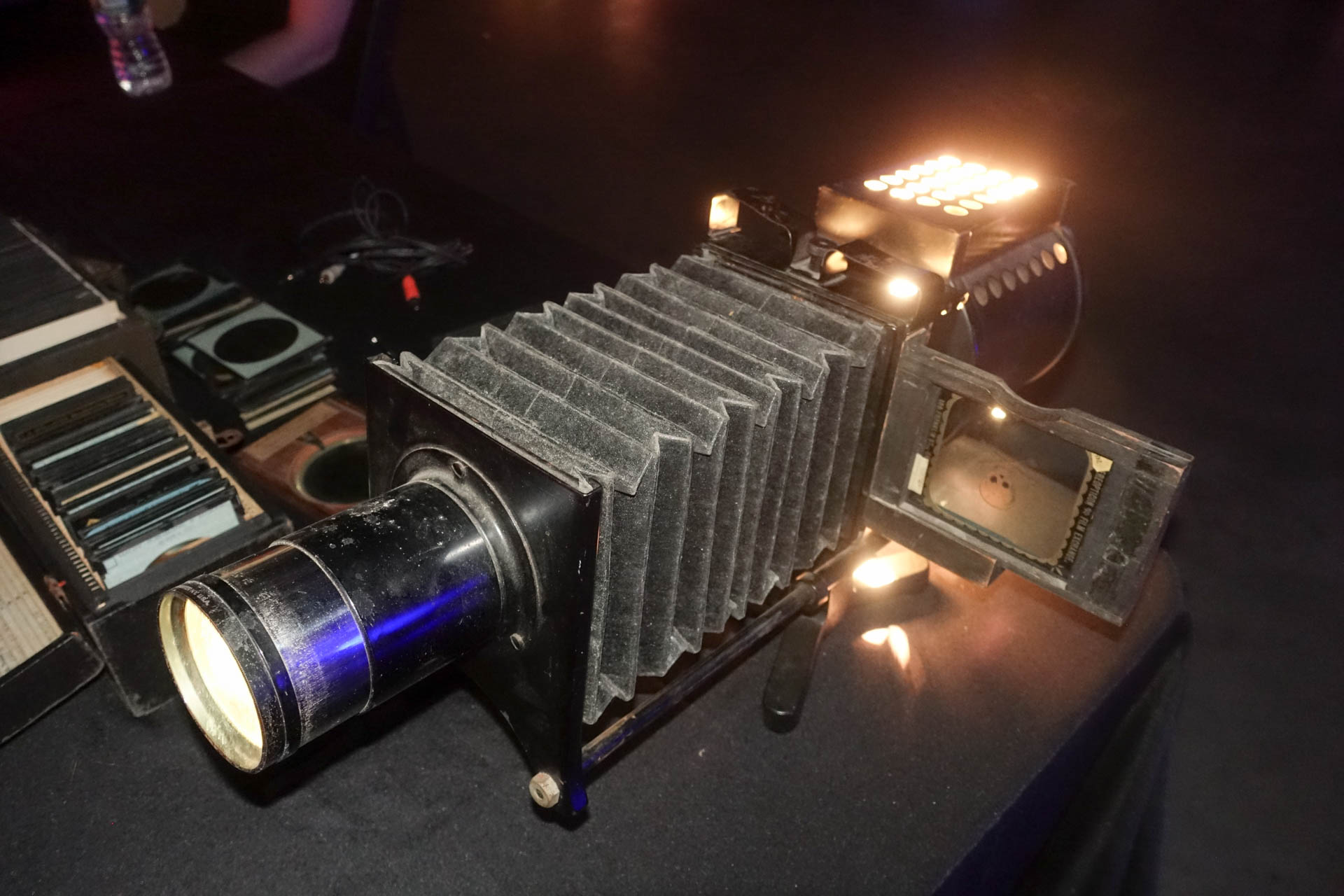 Old school! The heat coming off this bellows-based projector was intense! 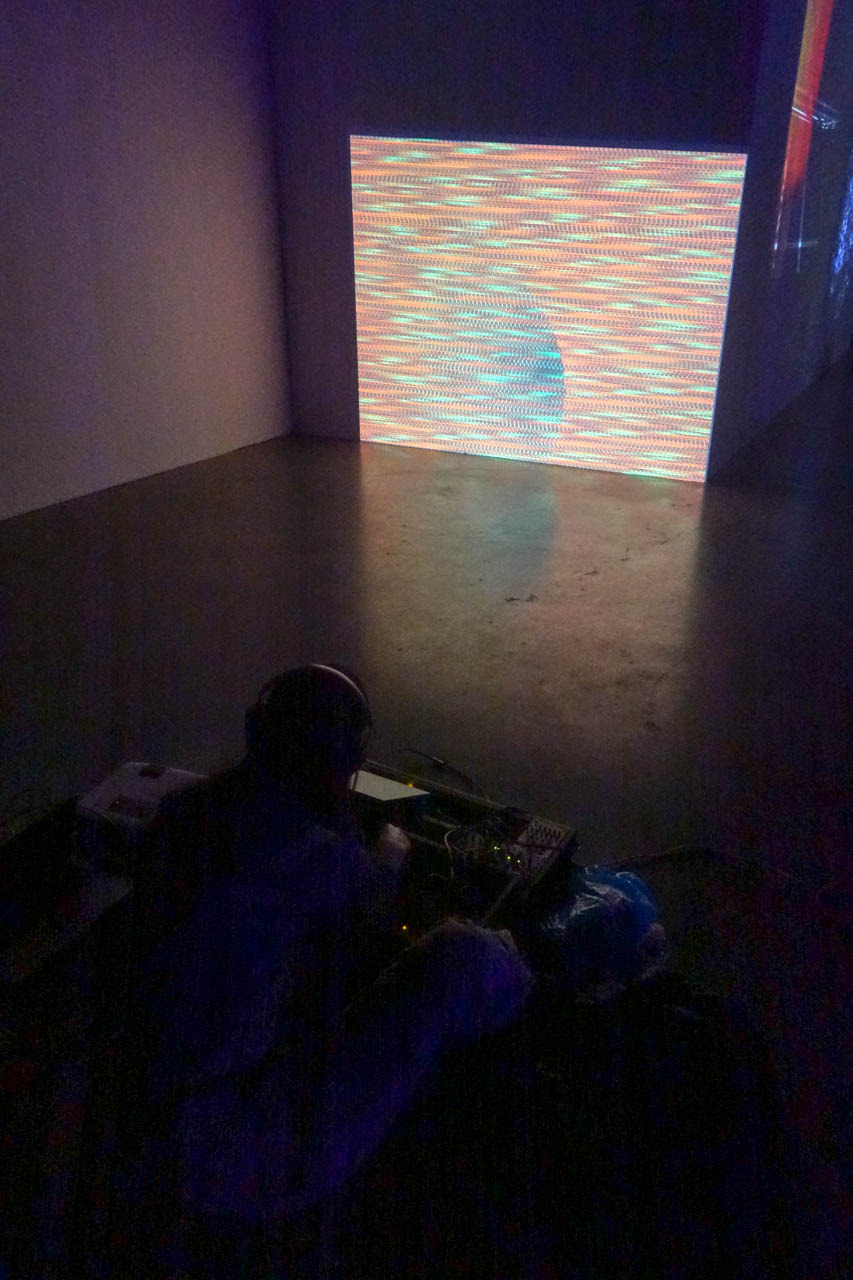 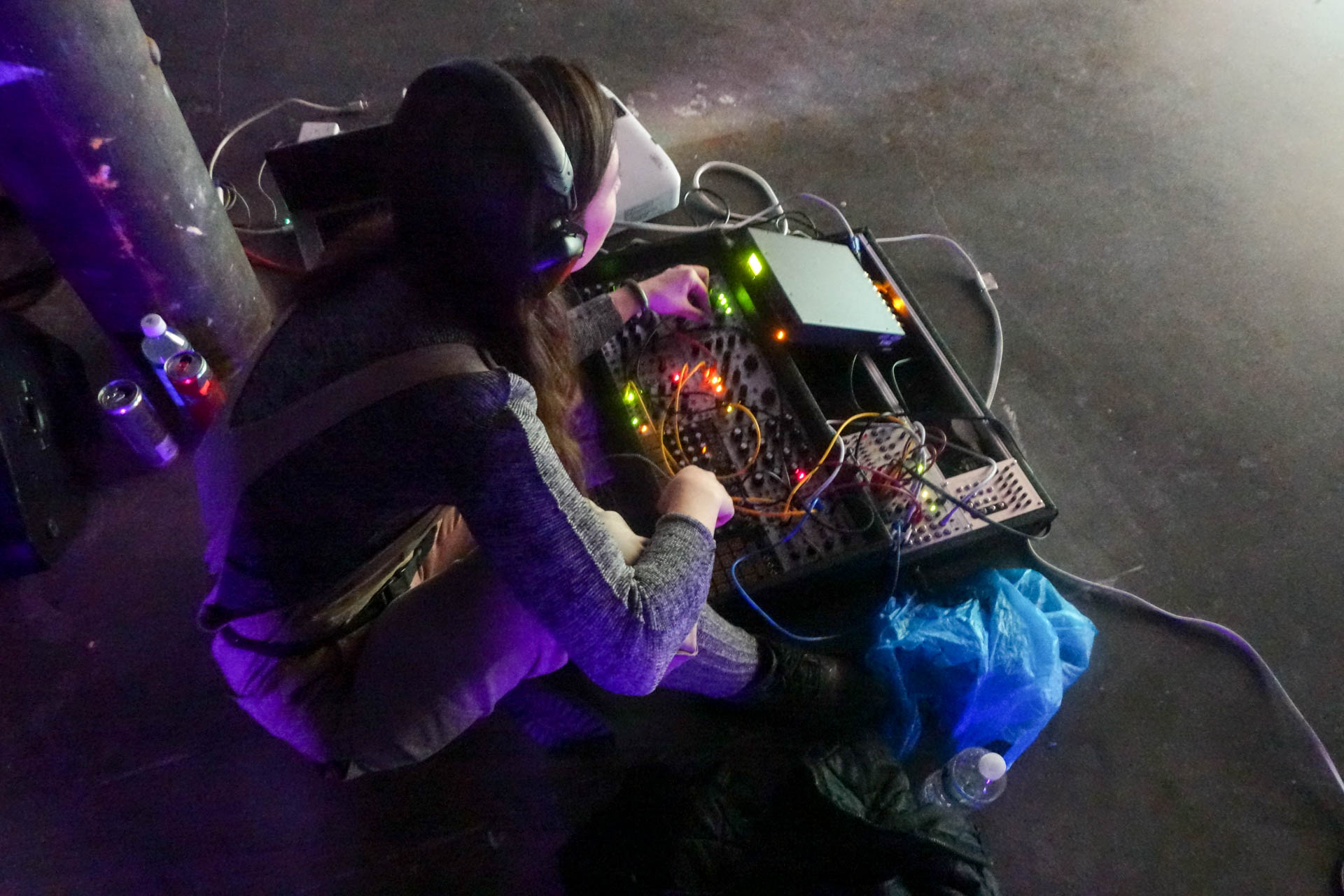 This guy had some sort of kaleidoscopic laser gun – seen on the wall. His left hand went into some sort of ‘pouch’ that somehow controlled elements of the projection: 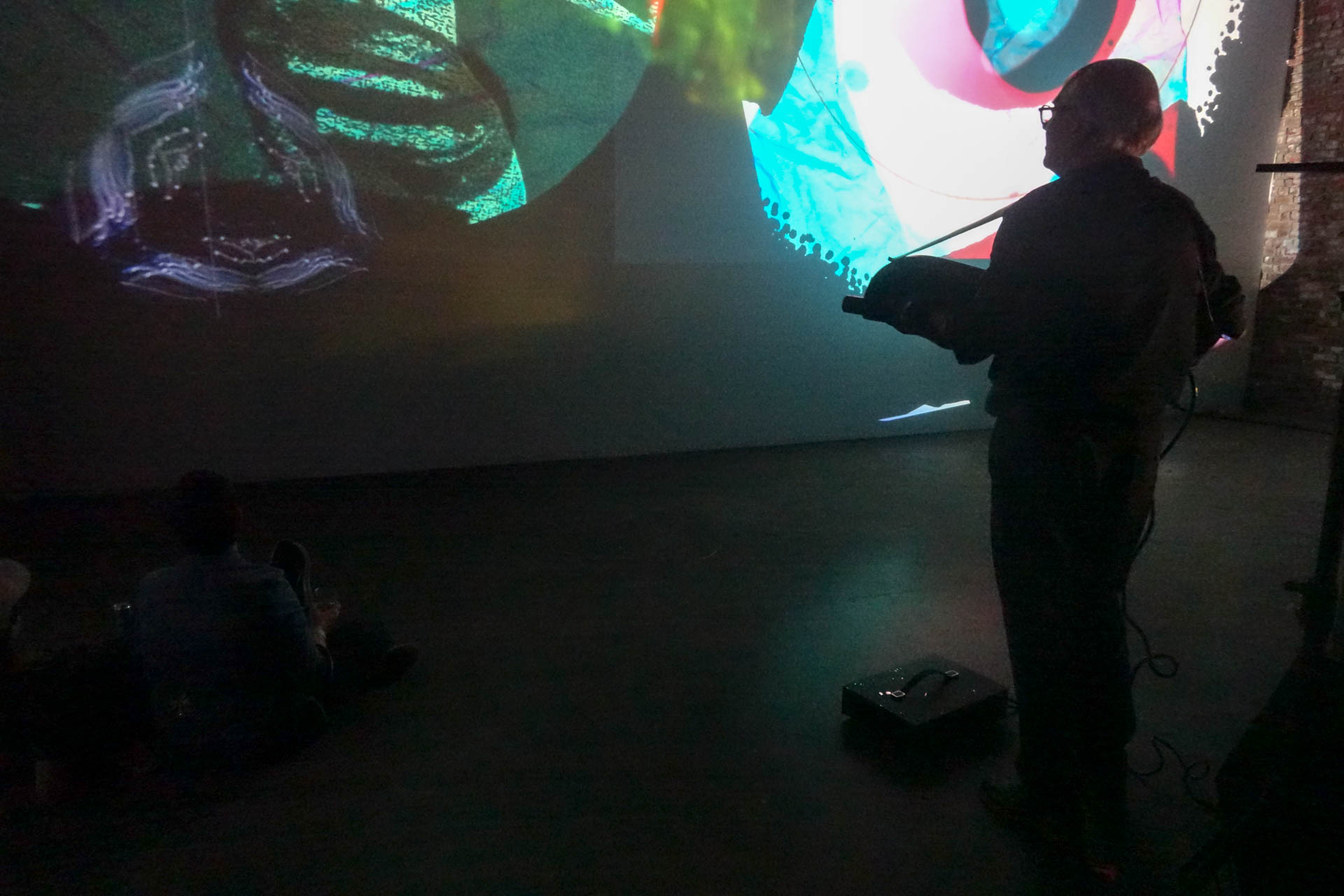 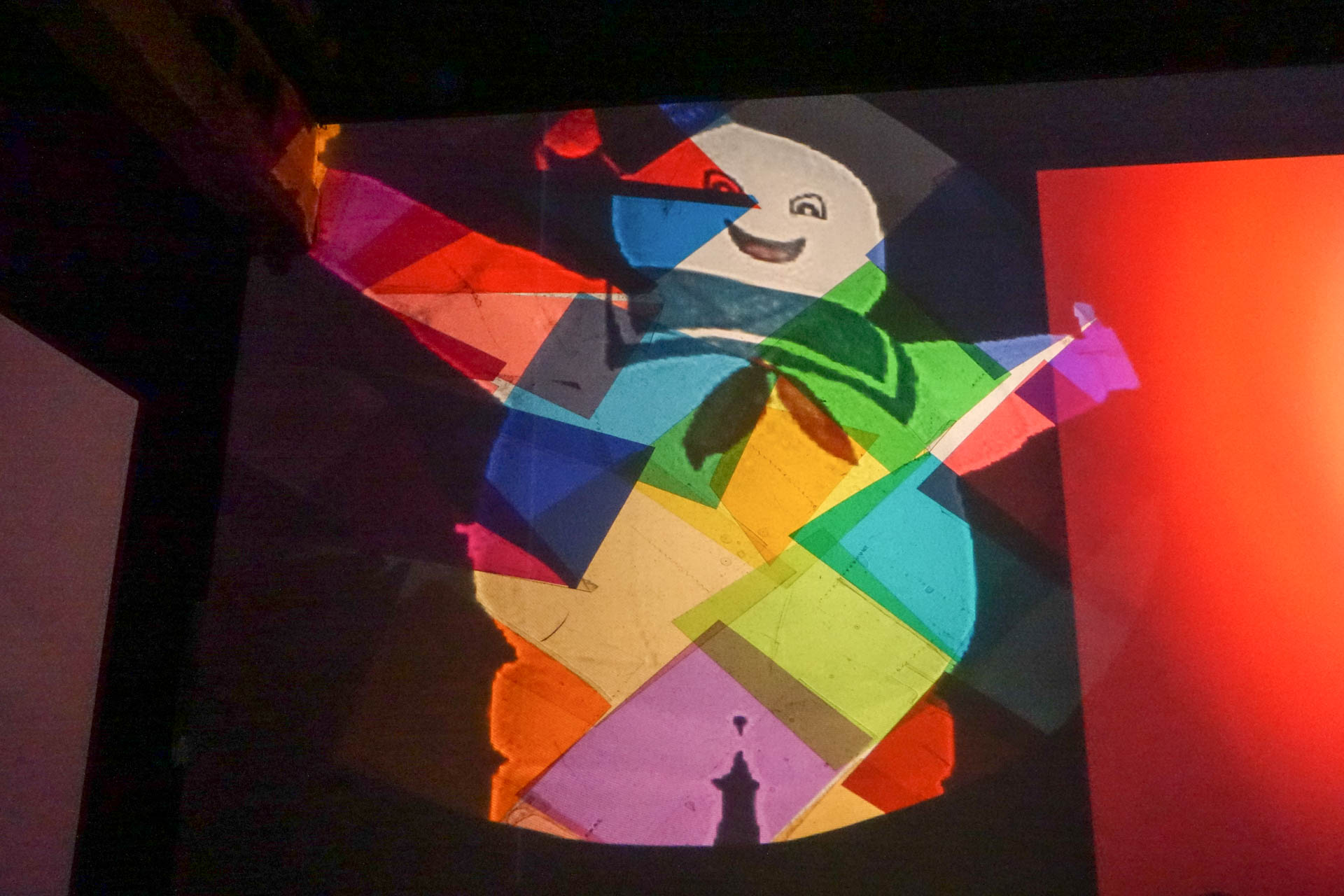 Also here’s a nice timelapse of the work by Chris Jordan that I managed to not get a photo of. However this video shows the work even better than I could have documented and also timelapses the amazing effort artists put into their installations:

And here’s the complete list of participating artists from the OptoSonic Tea: 10th Anniversary event: