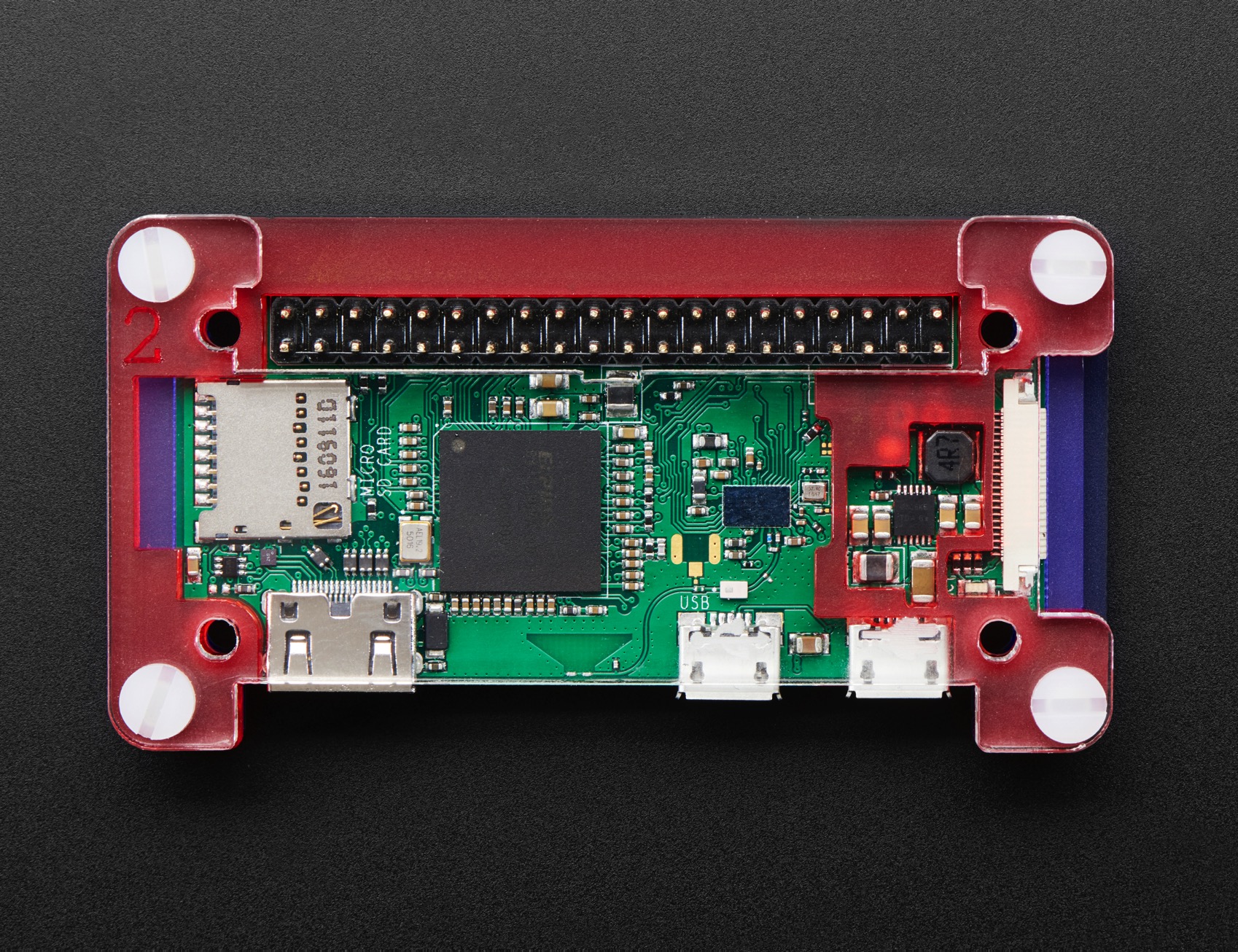 We’ve got THREE new products this week from our swashbuckling friends over at Pimoroni! 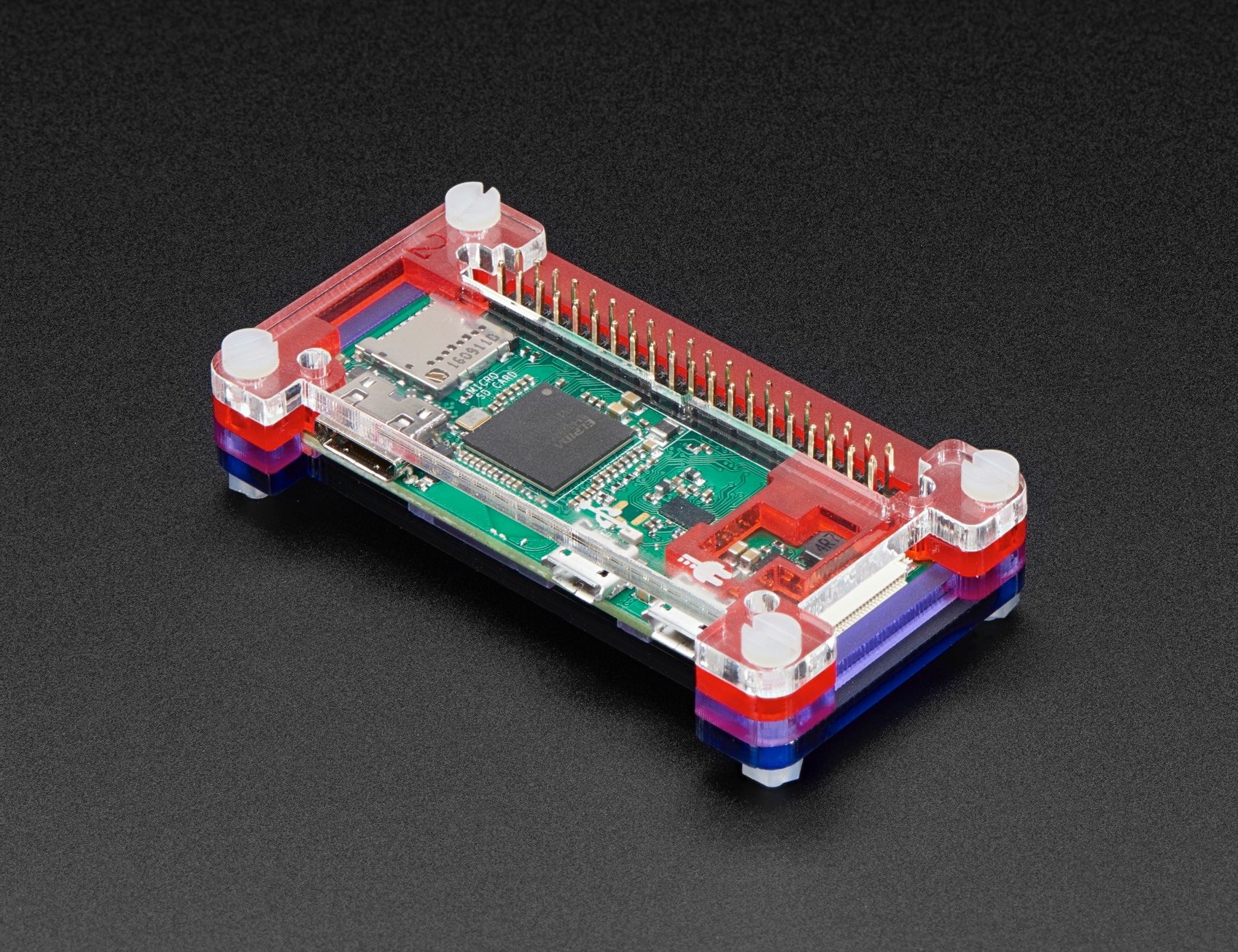 Crafted out of four transparent acrylic pieces, the Pibow Zero W Case for Raspberry Pi Zero W protects your Pi while showing it off to the world!

Each layer is laser-cut from colorful, lightweight, and high-quality cast acrylic. All of the primary ports and GPIO pins are accessible (it encloses the micro-SD slot). The case is lightweight and ideal for mounting to any surface. No tools are required for assembly or disassembly (check out Pimoroni’s tutorial). 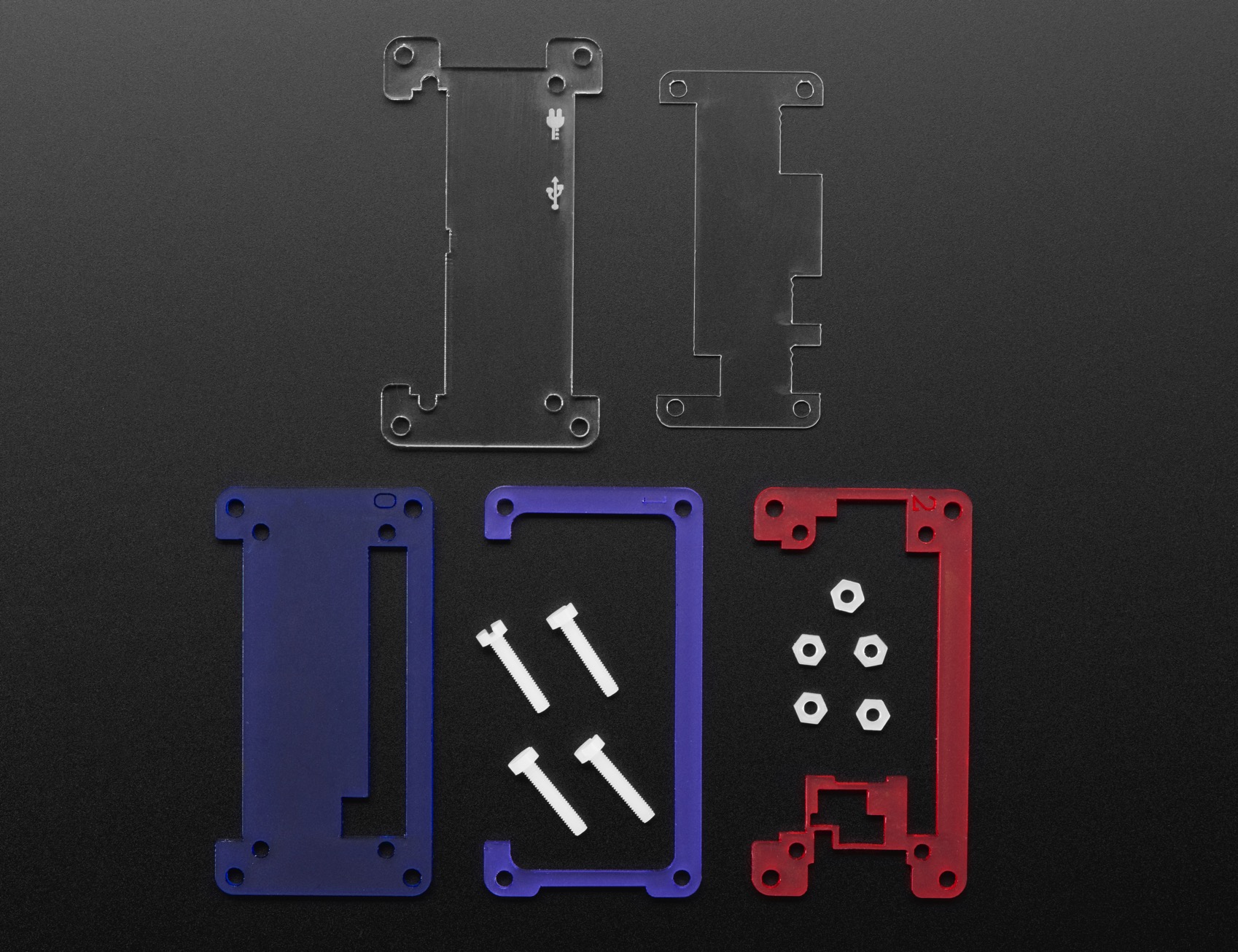 Next is the Pimoroni Touch pHAT for Raspberry Pi Zero: 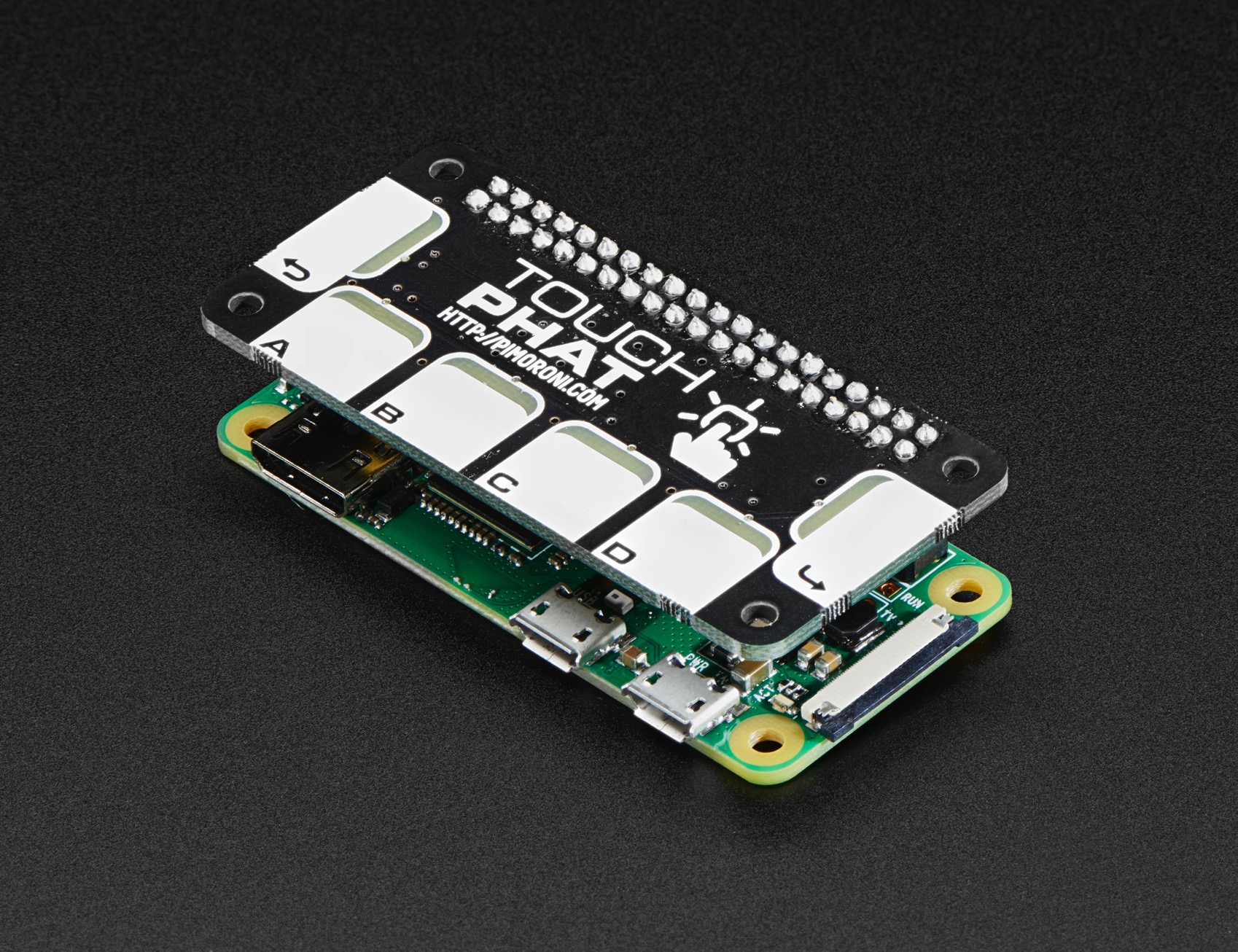 The Touch pHAT has six capacitive touch buttons, each with a bright white LED, so you can add a touch interface to your Raspberry Pi. While it is shaped and sized to match a Pi Zero, it works great with any Pi with 2×20 connector. You can even use a dry erase pen to write on the pads to label their function.

The pHAT features a CAP1166 capacitive touch and LED driver chip that is read over I2C. Each pad has a matching LED that can be controlled independently. The LEDs have been under-mounted and shine through exposed sections of the PCB to give a pleasing yellow-green glow and a completely smooth top surface! 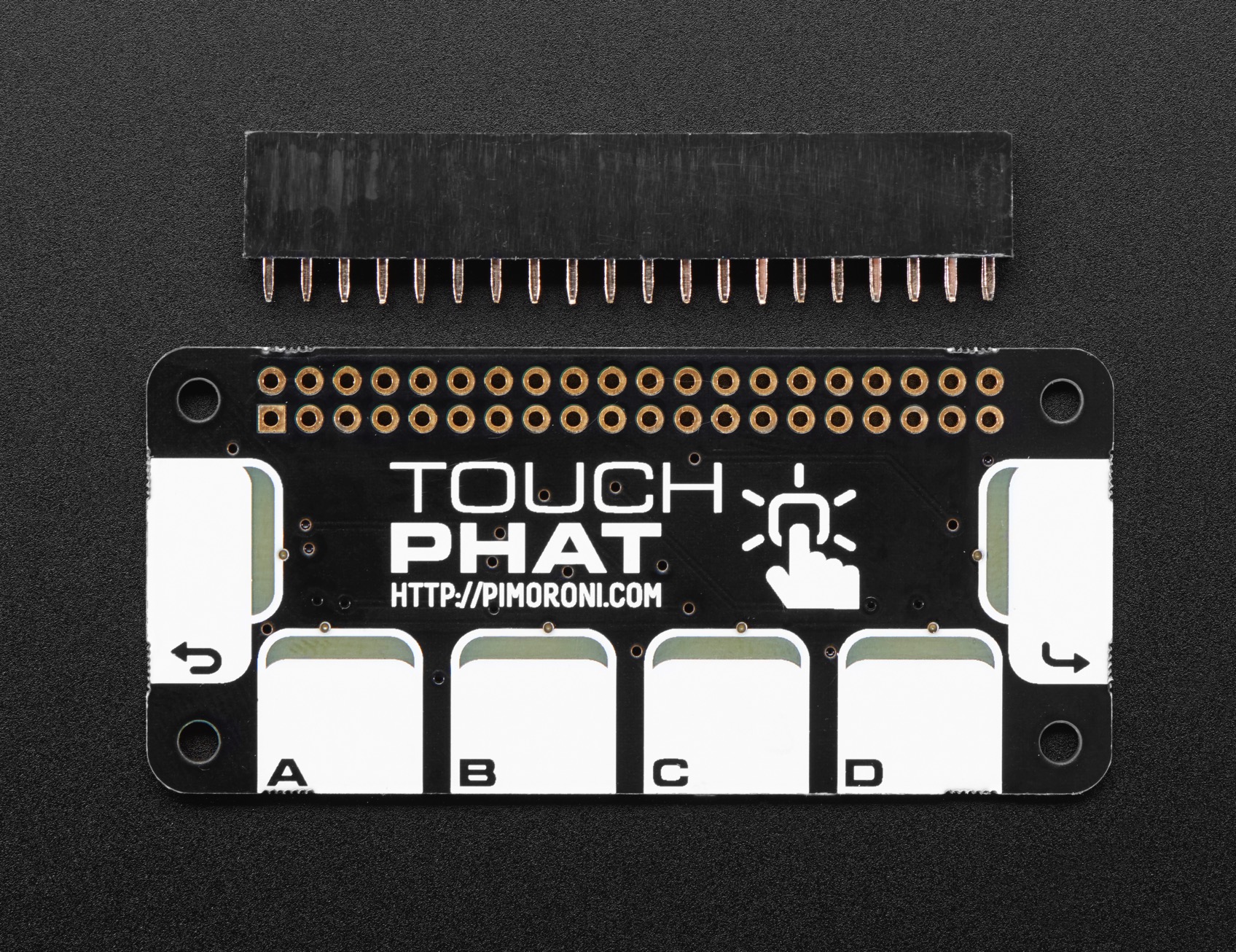 Kit includes: Touch pHAT PCB & 2×20 0.1″ female GPIO header. Some light soldering is required to attach the header on, or you can of course solder the pHAT right onto the Pi Zero. 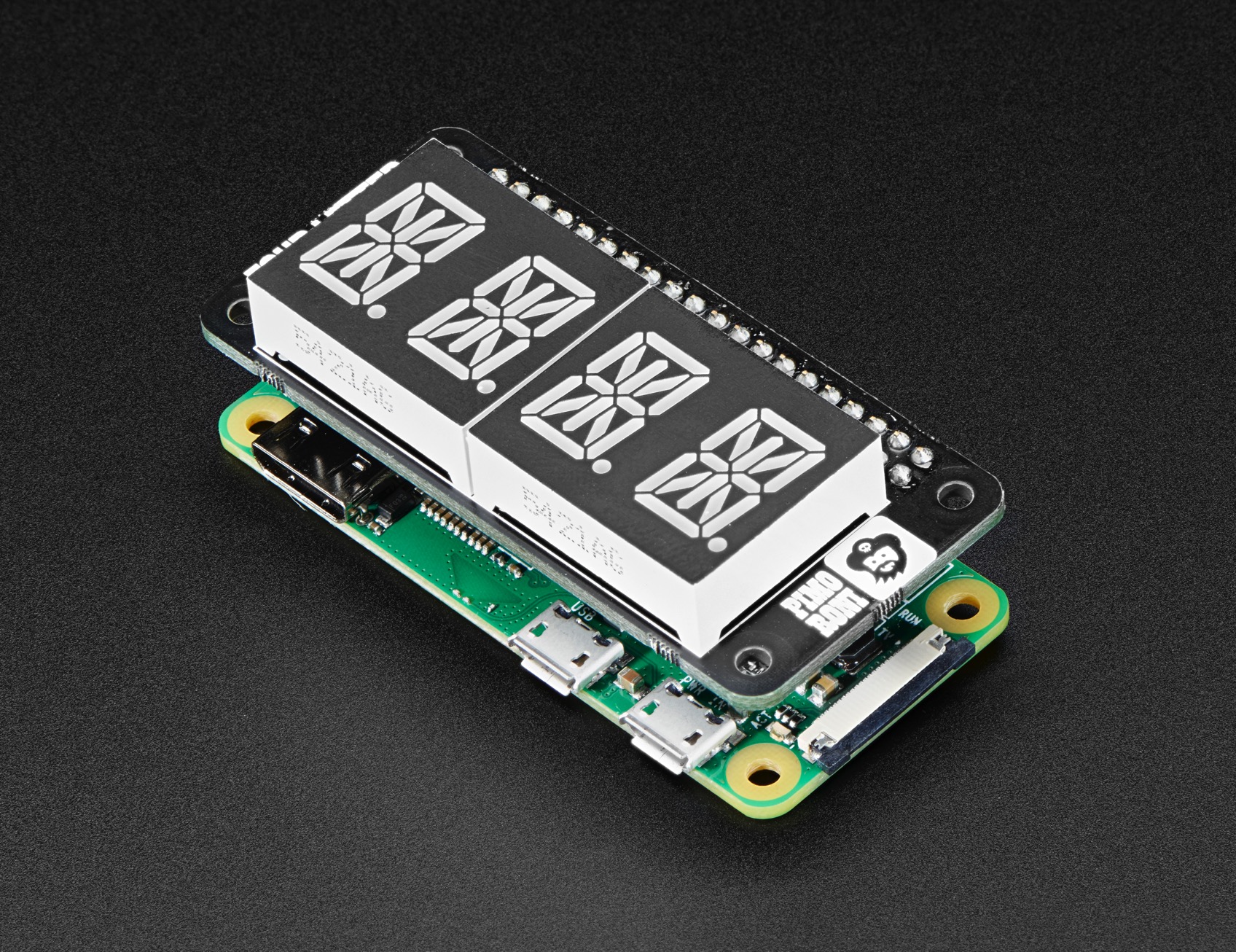 AHOY, wanna spell out some LOVE with this COOL Raspberry Pi FOUR letter PHAT? The Four Letter pHAT has four 14-segment displays that you can use to display text, numbers, and a host of other characters. The LEDs are a beautiful retro green, just like your old digital alarm clock. They’re driven by the HT16K33 chip over I2C, which does all the multiplexing for you. While it is shaped and sized to match a Pi Zero, it works great with any Pi with 2×20 connector.

It’s perfect as a readout for your projects, displaying temperatures, times, etc. and becomes really useful when combined with some of Pimoroni’s other boards like Enviro pHAT or Explorer pHAT to display their sensor values. 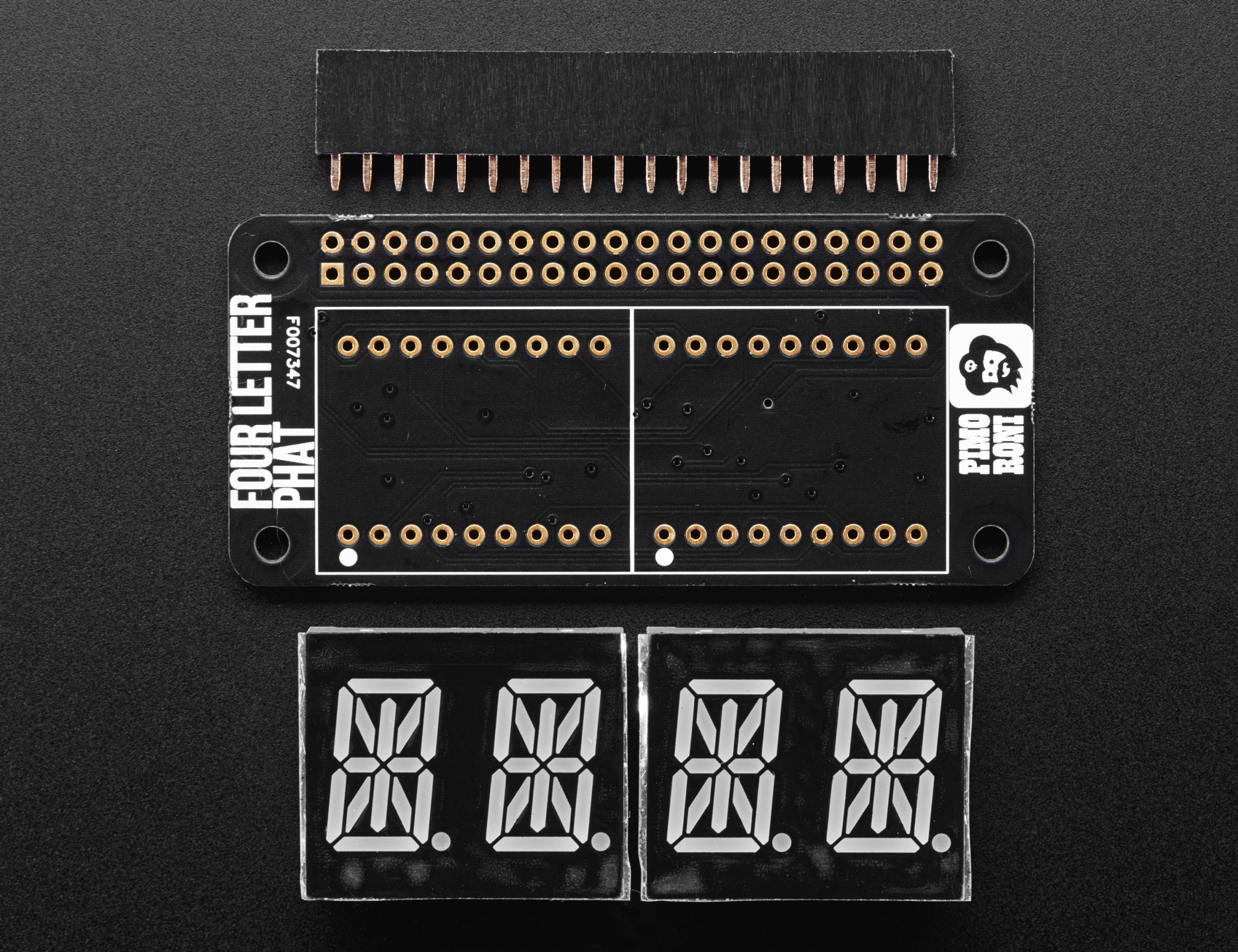 Kit includes: Four Letter pHAT PCB, two displays (four 14-segment displays total), and 2×20 0.1″ female GPIO header. Some light soldering is required to attach the header and displays on, or you can of course solder the pHAT right onto the Pi.

Raspberry Pi Zero not included with any of these three products!