Recording and Biohacking a 100 Mile Run 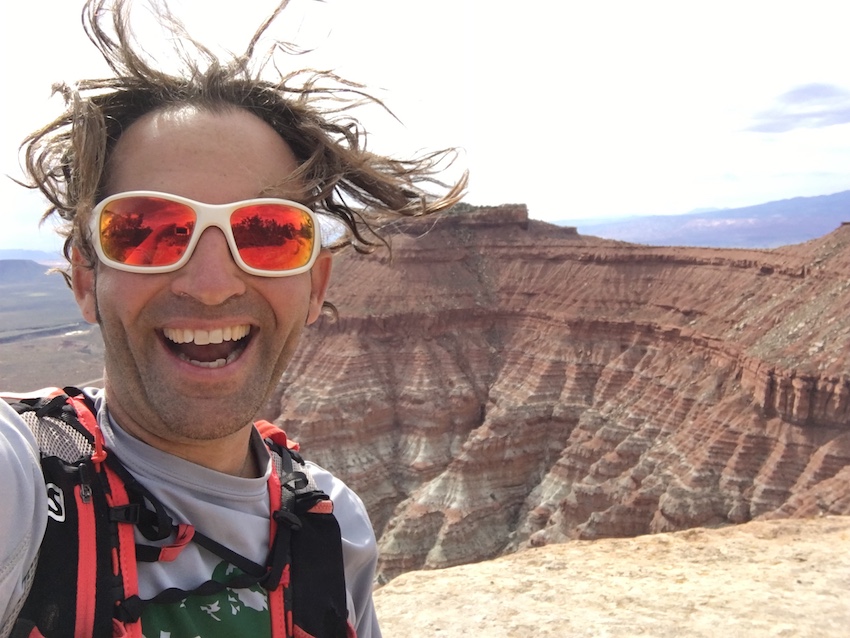 The challenges involved in running 4 back to back marathons on trails, through the night with elevation makes for an exciting event.  One hundred mile races are growing in popularity, but the finishers only make up 1% when compared to those who finish marathons. In 2014 there were 8,728 recorded 100 mile finishers up from 1,539 in 2000. 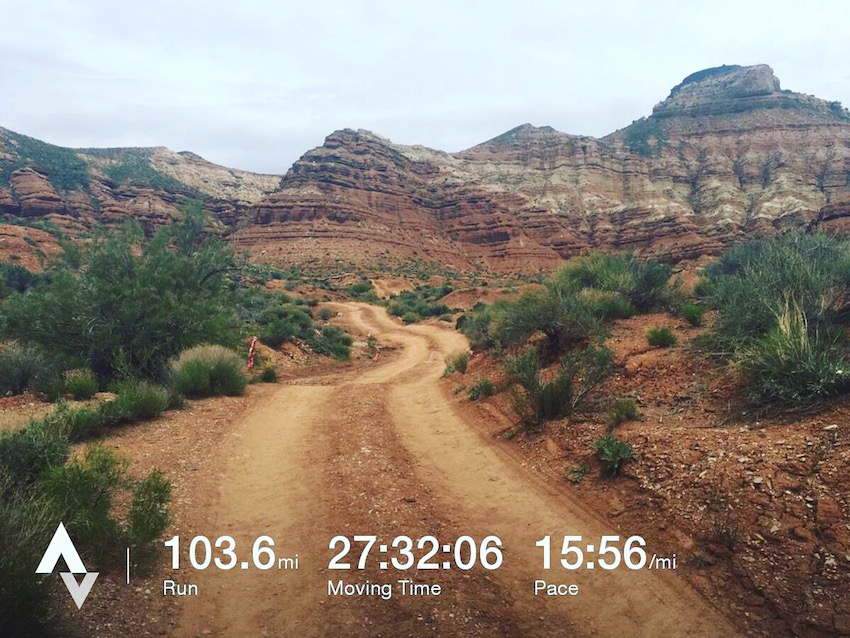 Technology plays a significant role for most distance runners. A GPS watch, phone, headphones and headlamp are typical and will likely need to be recharged during the event. Nutrition is required to maintain a strong performance so calorie counting and supplements become necessary avert belly problems and cramping. Finally, the key is to avoid acute exertion and keep a smooth pace which means constant heart rate monitoring for maximum efficiency.

The Zion 100 mile race which took place on April 7th – 8th of 2017 was my first race at this distance. It took place just outside of Zion National Park in Utah. I carried three GPS recording devices and monitored what I ate. I also wore a heart rate monitor which shows where I pushed just passed the sweet spot of efficiency and had to walk in the second half of the race.

The top chart shows heart rate mapped over elevation. The big mistake I made here was not staying at a lower heart rate for the first half.  I should have kept my heart rate in Zone-2 which is < 135 BPM for as much as the race as possible. This would have maximized fat burning and kept the lactic acid from building up in my legs. It’s not easy to do with steep climbs. I saw two people puking at the top of the third climb so at least I didn’t redline to the point of nausea. I used a Garmin Vivoactive HR watch to record this and the Garmin Connect site for the charts.

I practice being a good fat burner by following a very low carb diet (ketogenic). This is the biohack which has served me best on long runs as most runners need to eat 200-400 calories per hour which places significant demands on the stomach. I can typically burn 80% of my own fat so I need to take in an extra 100 calories per hour to avoid a deficit. I use simple carbs usually in the form of GU roctane powder as it has some caffeine, sodium, magnesium, branch chain aminos and it masks the awful water taste from aid-stations. When an aid-stations are loaded with fresh cut fruit, bacon or eggs I would grab some of that too. I carry quart size baggies to load up on food quickly and eat on the go. I’m not fast by any means and some aid-stations have already been trashed from too many runners or not enough volunteers running them.  I tend to avoid any picking up any foods in those situations.

The weather was very comfortable for this race so I only took in 6 salt tabs and 6 magnesium pills spaced at five hour intervals for the entirety of the event. My experience has been to avoid over hydration and take minimal salt/magnesium to keep the electrolytes balanced. I’ve had one awful race where I just didn’t have enough salt and magnesium and suffered from terrible leg cramps for the duration of the race. 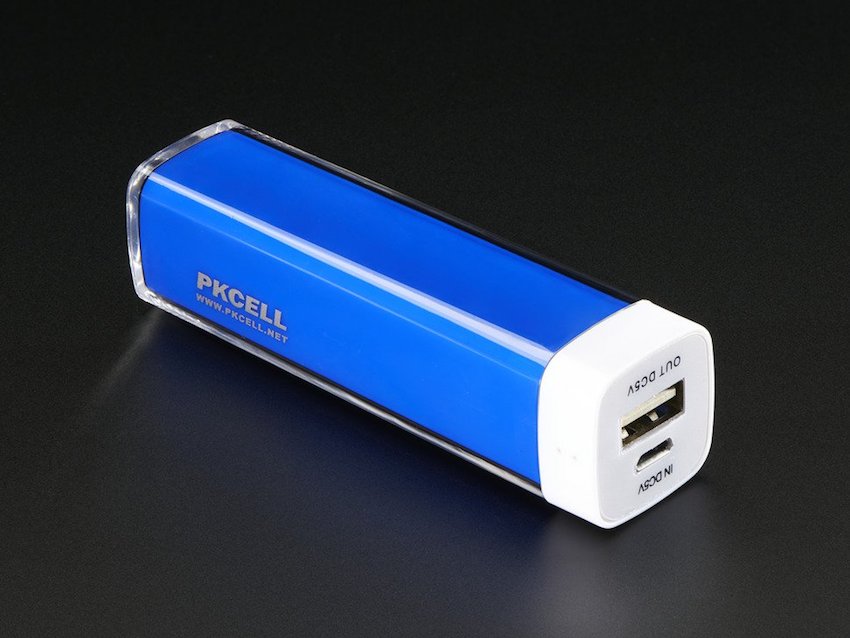 Keeping the electronics charged was actually pretty easy. I stashed two USB battery packs in my drop bags. One near mile 30 and another close to mile 60. Carrying one micro usb cord, an Apple lightning cable and a Garmin charger for my watch was all that was necessary to recharge all my gear. 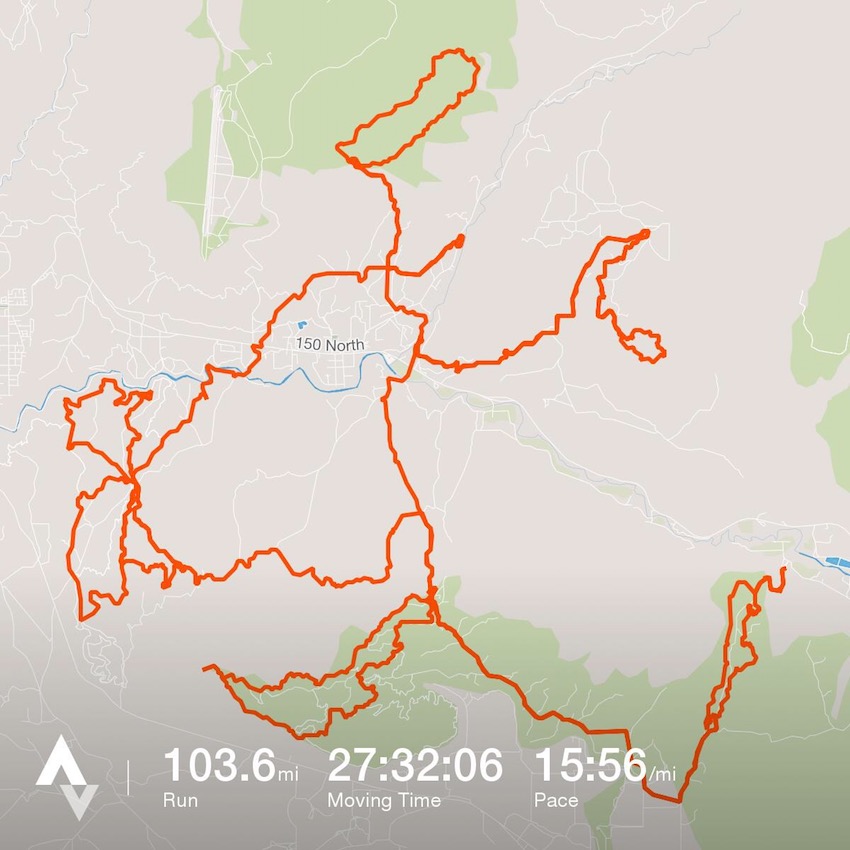 The Garmin Vivoactive HR watch needed to be charged twice. It only has a 12 hour battery life and I was on the course for over 30 hours. I also used the GaiaGPS app on my phone which had a pre-downloaded course map and track. The GPS chip in my iPhone 6s still functions in airplane mode and the battery life is greatly extended. Regardless my phone still needed one charge up during the race. My race headphones of choice are the Trekz Titanium Mini’s. These headphones use a bone conduction technology and allow me to hear my surroundings as they do not block the ear canals. The Trekz also needed a recharge during the race. I carried one more standalone GPS for the event producers as they wanted to analyze the data. 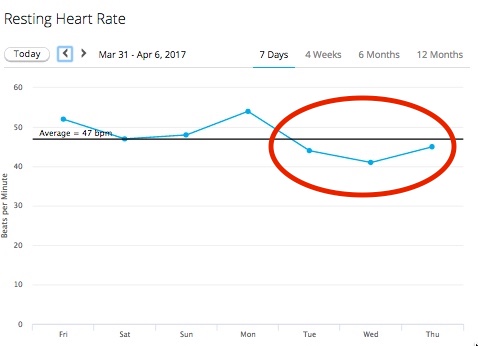 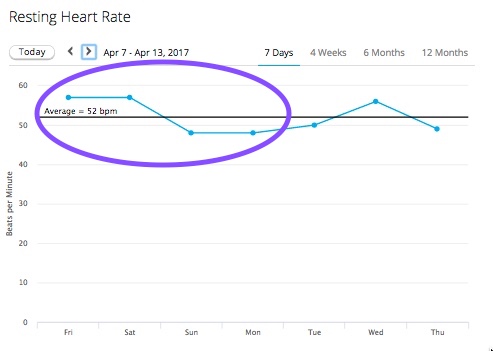 I like to drop my carbohydrate intake down to a net 20g per day before and after the race to maximize ketosis and reduce inflammation. This is opposite of conventional running wisdom which is usually about maximizing on board glucose through carb loading. Inflammation can be a real issue after this kind of physical effort so I use a combination of supplements to aid in reduction. This is my current stack based on reviews from Labdoor and ConsumerLab ratings:

My recovery was virtually non-existent. I took a nap shortly after the race as I had been awake for almost 40 hours. The nap helped reboot my brain, but my body was quite stiff and walking was challenging. The next day I took it easy and did some work at a campsite and enjoyed cooking some of my favorite keto foods (kimchi, eggs, fried salami, salads, nuts, etc.). I felt almost completely recovered during the camp out and totally recovered within 48 hours of finishing. When I first got into ultrarunning a 31 mile race could take me 4-5 days to recover which I now attribute to carb loading and inflammation.

I am happy to have completed my first 100 mile race and I’m already looking forward to longer and crazier adventures. I’ve signed up for a 234 mile non-stop race around Moab, UT which takes place in October. The 200’s are a different beast with more generous time cut-offs, better accommodations and offer direct access to difficult to reach areas. One project that will be fun to build and share with other runner / hardware hackers is a Pi Zero or Feather M0 based GPS and heart rate monitor combo. It will be challenging to compete with the elegance of a integrated Garmin like watch, but would have lots of add-on open hardware options. An augmented reality display with integrated mapping and bio readings would be the end goal.

Comments Off on Recording and Biohacking a 100 Mile Run