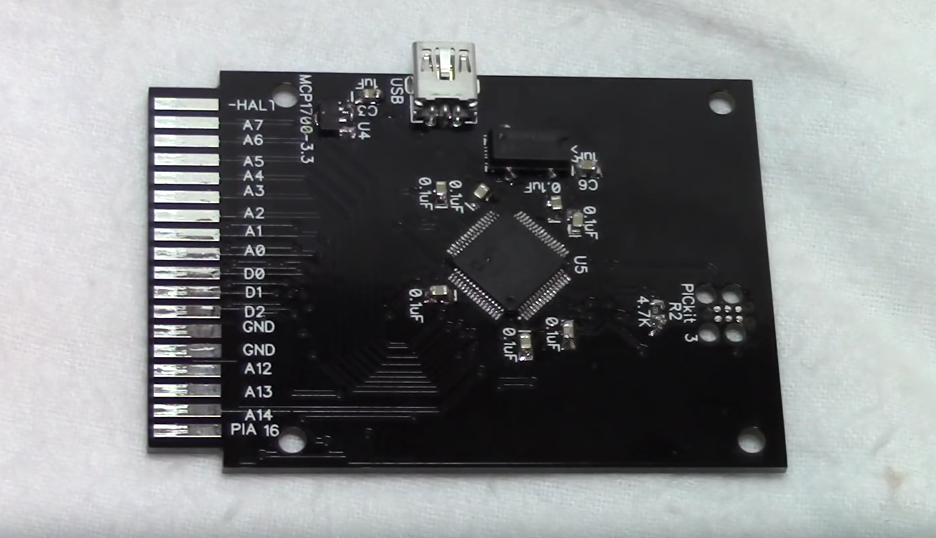 The Vectrex32 is a 32-bit upgrade to the Vectrex Arcade System. It allows you to write new Vectrex games using interactive interpreted BASIC.

The Vectrex was a unique home arcade game with a vector graphics display. It came with an 8 bit processor. I wanted to upgrade it to 32 bits.

VectrexVector graphic displays were popular in the early days of video games: Asteroids, Space Wars, Lunar Lander, Battlezone, Tempest, and the first Star Wars arcade game all used vector graphics. The Vectrex was the only home arcade machine to use it, and it required a CRT to be built into the unit – standard TV sets would not work.

There is still a community of Vectrex enthusiasts, and a few Vectrexes are always for sale on eBay. People write new games in assembly language or C, but it’s an arduous task. I wanted to make it easy by providing an interactive BASIC interpreter for the Vectrex. But the Vectrex itself would make a poor computer.

My first thought was to replace the logic board in the Vectrex with a modern, 32-bit processor board. But almost no one would be willing to do major surgery on their Vectrex. A better solution was to make a game cartridge that plugged into the Vectrex and gave it 32 bit capabilities.

Read more here and check out the dedicated website with full documentation here.