This Force Awakens Era Han Solo Is Dead On 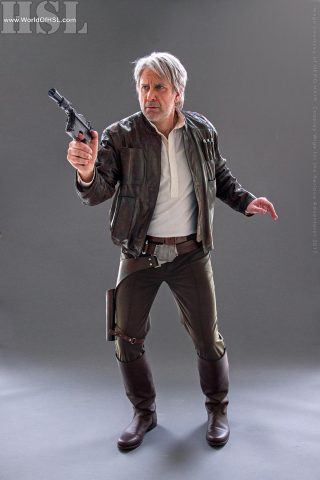 Walking around at Star Wars Celebration meant seeing costumes from the galaxy far, far away that you don’t normally see. Case in point: The Force Awakens era Han Solo. I don’t see enough cosplayers tackle the older smuggler; the character’s a couple decades older than the last time we saw him in Return of the Jedi. However, Redditor Wolverony nailed the look. He captured the costume, the makeup, and the hair. He constructed the wig just for this costume and it’s just right. He looked so much like older Solo that Harrison Ford’s makeup artist stopped him. Wolverony says:

Ford’s Make Up Artist and Hairstylist did in fact stop me, took a selfie and sent it to Harrison’s phone. They thought I was him from the back, and that I had done a quick change until they walked up closer to engage me in conversation. They also showed me pics of his stunt double for comparison from TFA and it was a very surreal moment.