This Earth Day, April 22, Earth Day Network and the March for Science co-organized a rally and teach-in on the National Mall in Washington, D.C. The day’s program included speeches and trainings with scientists and civic organizers, musical performances, and a march through the streets of Washington, D.C.

Nation of Makers – About.

The mission of Nation of Makers is to support the full range of organizations that impact makers by encouraging connections, broadly sharing resources, facilitating funding opportunities, engaging in policy development, and advocating for the maker movement. 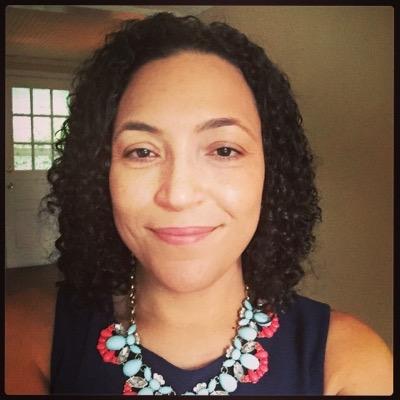 Dorothy joined Nation of Makers as its Executive Director in March 2017. An eternal optimist and connector, Dorothy is deeply interested in finding ways to create connections between a diversity of makers, leveraging their collective skills to harness solutions for the world’s challenges, grand and small. She envisions Nation of Makers as a collaborative community, one where organizations of different types can learn from one another and share best practices, and where shared engagement fosters the development of long lasting partnerships that have outcomes that reach farther than any one entity could accomplish alone.

Dorothy’s interest and passion for making began when she was a child (see her Medium post on Why She Makes), from tinkering with broken electronics with her dad, to learning about the crafts her ancestors made as members of the Cherokee and Blackfoot Tribes. In college, her “maker fix” came in the laboratory, as a neuroscientist.

Dorothy received a B.A. in Psychobiology from Wellesley College, and a Ph.D. in Neuroscience from the University of Michigan. She worked as a scientist in the Bay Area before moving to Washington, DC, as an AAAS Science & Technology Policy Fellow in 2012. In this role, she worked at the National Science Foundation investigating non-”traditional” technologies, policies, practices, and business models for STEM education. This work led her straight to a formal involvement in the maker movement, and to her eventual role as a co-founder of the DC non-profit NationOfMakers.org (this organization later transferred name and digital assets to the new national Nation of Makers non-profit). In this capacity, she served as the co-producer of the DC Mini Maker Faire, the National Maker Faire, and contributed to the National Week of Making. While in this capacity, Dorothy collaborated with the White House Office of Science and Technology policy and also served as a representative on the White House Interagency Working Group on Making.

As a scientist by training, in 2014, Dorothy joined the Foundation for the National Institutes of Health (FNIH) where she created and managed public-private partnerships in Neuroscience between the NIH, the Food & Drug Administration, academia, non-profit and advocacy organizations, and industry partners. In her spare time, she continued to be an active member of the maker community, co-producing the National Maker Faire and the National Week of Making, and serving as a member of the Nation of Makers transition group.

Dorothy brings, in addition to her passion and experiences within the maker movement, her expertise in partnership development, and she aims to use her diverse skillset to lead the organization to its fullest potential in partnership with the wealth and diversity of maker organizations, large and small, rural and urban, throughout the United States.

In her spare time, Dorothy enjoys building and making (costumes, headbands, jewelry, duct tape bows, circuits, and just about everything else) with her eight-year-old daughter.

Last night Ladyada and I tuned in to the #InfyEdChat and it was announced there would be a week of making this year, June 16 – 22, 2017, yay!

Building on last year’s National Week of Making, this year’s Week will highlight the diversity of Makers big and small, young and old, urban and rural. The Week of Making is an opportunity to for individuals in communities throughout the U.S. to participate in Making activities locally, celebrating the innovation, ingenuity and creativity of Makers.

We’ll do more posts and updates as we learn more!