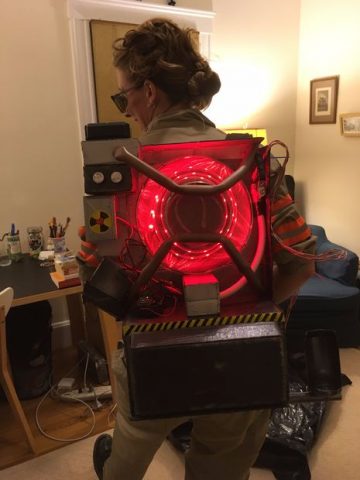 Hunting for ghosts is serious business, and Instructables user somuchhotglue decided to take supernatural matters into her own hands by making a Holtzmann costume last Halloween. She based her proton pack design on the ones used in the 2016 film and kept to basics for construction. She used cardboard, PVC pipe, spray paint, and some found objects. Once she had the base done, she added pizzazz and effects with NeoPixels from Adafruit. She explained how she attached the lights — running off an Arduino — to the proton pack:

I used some packing foam as the base for the lights. I cut it into a hemisphere shape with a box cutter and hot glued it to the frame.

Then, I used straight pins to pin the lights down in the spiral shape. I laid the strainer over that whole setup. The strainer isn’t attached to the pack. It’s held in place by the two pipes that I laid over it next.

At this point, I added a strip of yellow electrical tape and drew lines on it for the hazard tape.

This photo shows some of the objects used in the proton pack — you could throw a lot of similar household objects in: 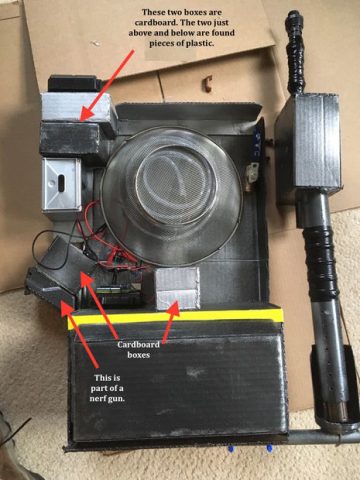 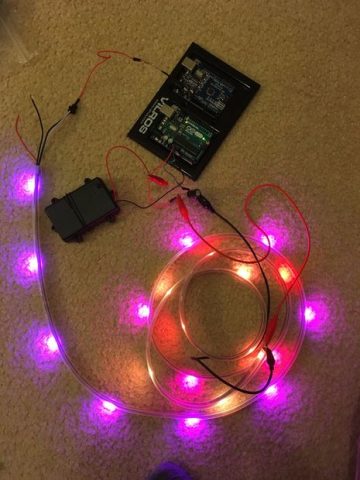 See the complete step-by-step at Instructables.