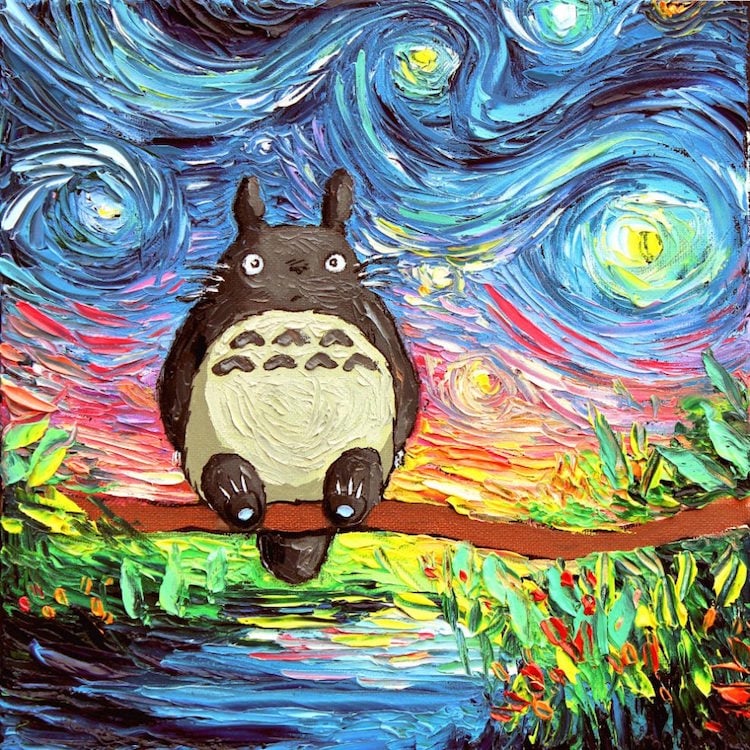 The series—which Kusick also refers to as Starry Night Pop Culture—features a range of pop culture staples. Most of her clever additions are universally recognizable cartoon characters, like the Peanuts gang, Spongebob Squarepants, and Winnie the Pooh. In addition to these famous figures, she also paints scenes inspired by memorable films and programs. Selected movies and shows include Fight Club, Back to the Future, and the Harry Potter series. Lastly, the series also features well-known landmarks and destinations around the world, from the Golden Gate Bridge to the Taj Mahal. 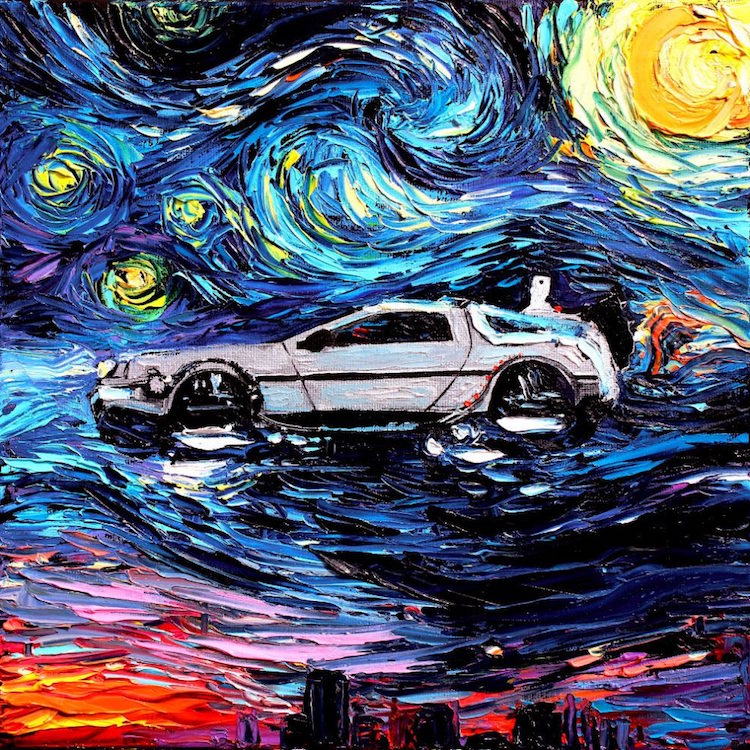 Given the success of Kusick’s series, one may be surprised to learn that it emerged as the result of a mix-up. When a blog mistakenly attributed her painting of the Eiffel Tower to van Gogh—an impossible attribution, as the troubled artist died 9 years before the monument’s completion—Kusick was instantly inspired to paint more things that “van Gogh never” saw. The series’ serendipitous start prompted the artist to look deeper into his practice and embrace his signature style—namely, his tendency toward a “visceral swirl of color.” 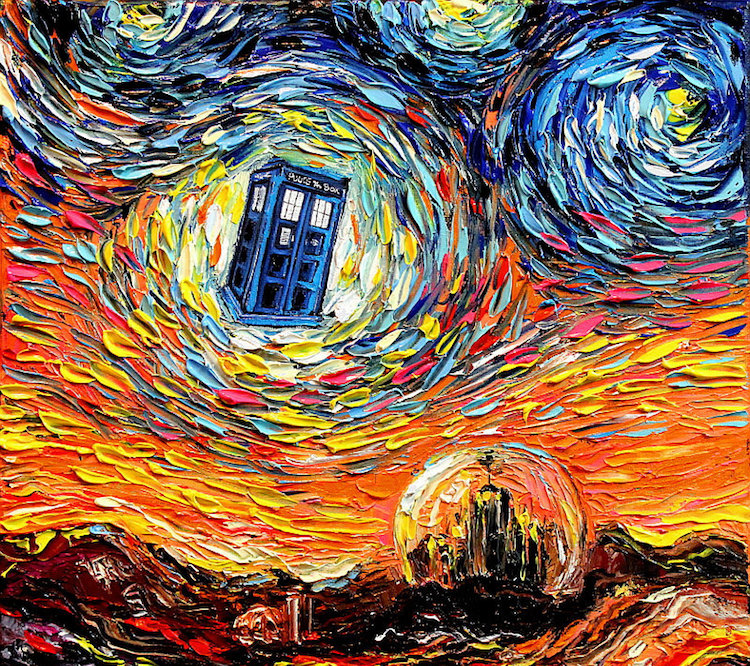