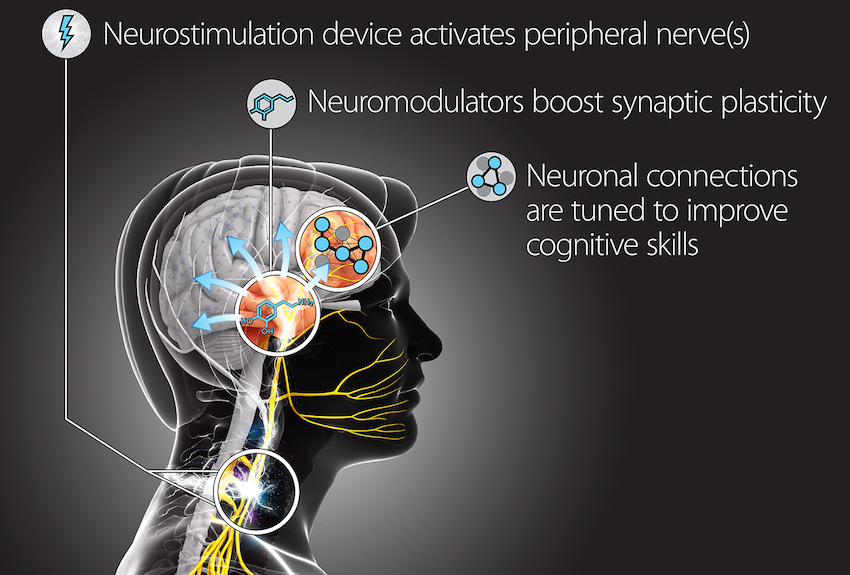 DARPA has announced that eight lucky teams will be sharing over $50 million dollars in funding to research the effects of brain and spinal cord stimulation. Most teams are looking at stimulating the vagal nerve externally while the others are utilizing transcranial magnetic stimulation for the entire brain area. Studies like this one have documented possible positive effects for enhanced verbal memory, speech perception and vocabulary.

The institutions listed below are leading teams exploring aspects of using stimulation to activate plasticity.