The ‘Self-Interned’ Art & Legacy of Isamu Noguchi on View #AsianPacificAmericanHeritageMonth 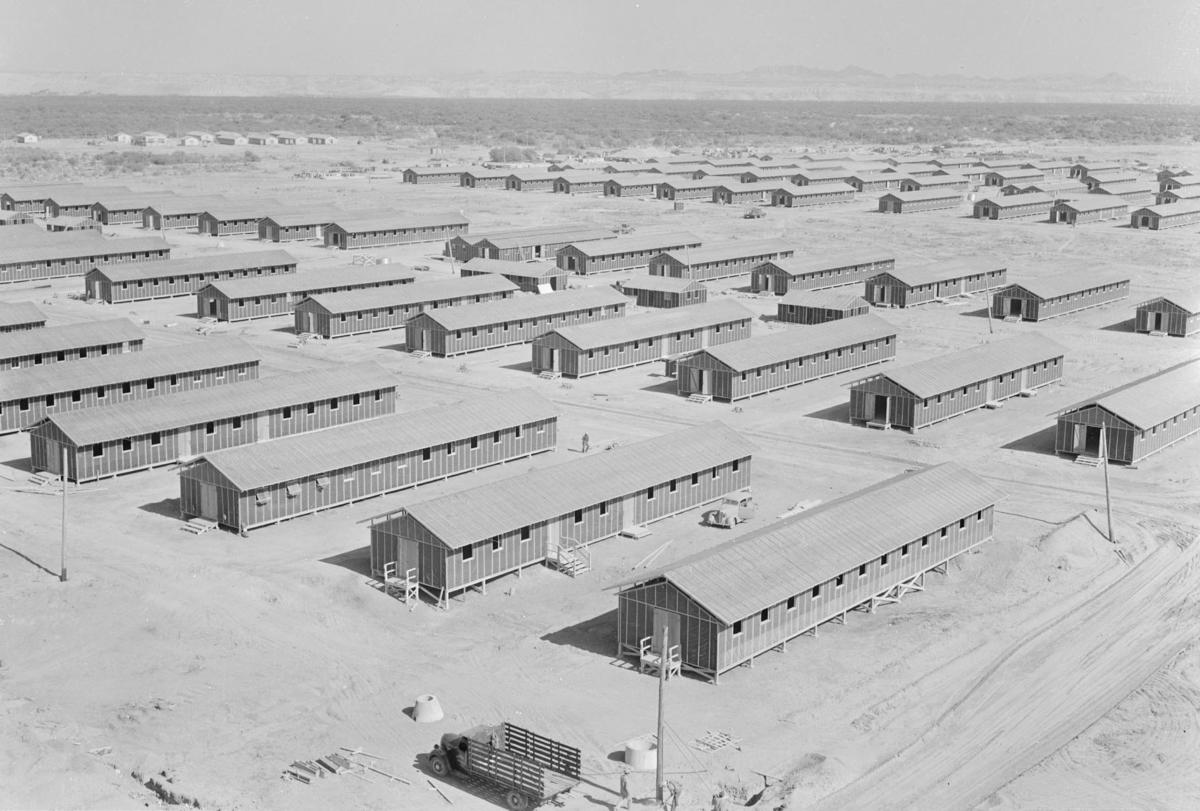 Executive Order 9066 is a blight of particular execution and consequence in America’s history, resulting in the internment of over 100,000 people of Japanese ancestry in camps throughout the western states of these United States. Shockingly, a majority of those interned were US-born, therefore clearly violating their Fourteenth Amendment rights under the Citizenship Clause. One such notable citizen – himself of mixed-race heritage – was Los Angeles-born Isamu Noguchi, whose father was born in the Aichi Prefecture of Japan and whose mother was born in NYC of Irish ancestry.

All of that wouldn’t matter when, at the age of 37, Noguchi drove to the Postam War Relocation Center (seen above) in the Arizona desert and voluntarily submitted himself for internment in the camp there. His plan was to use arts & crafts to make life at the camp more humane, more bearable. This included drafting plans for reworked grounds, pools for fellow internees, even baseball fields. Some of his plans, along with the sculptural work he created before, during, and shortly after his life at the camp, are currently on view in an exhibition at his namesake Noguchi Museum in Queens, NYC: Self-Interned, 1942: Noguchi in Poston War Relocation Center.

This museum and other resources and spaces in the greater Long Island City neighborhood are part and parcel of why I moved to LIC and Queens over a decade ago. And this museum and exhibition will remind – or awaken! – you of the possibility of art in an age of persecution and war. Yes, it’s powerful stuff. And one of many reasons why I’m glad to call America’s most diverse county home. 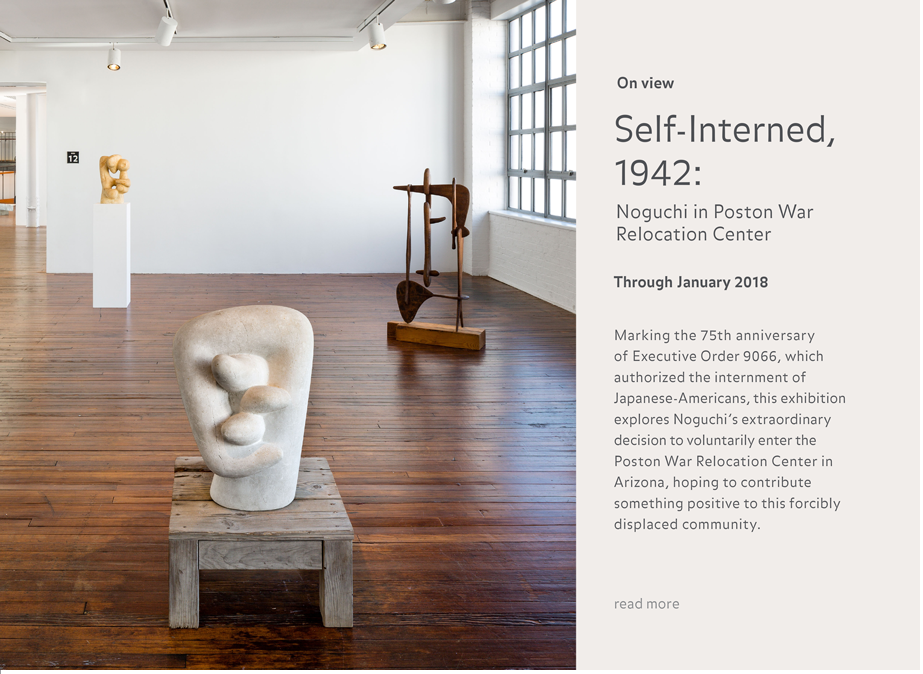 February 19, 2017, marks the 75th anniversary of Executive Order 9066, the notorious wartime directive that authorized the internment of Japanese citizens and American citizens of Japanese heritage living in the Western United States. This exhibition explores Noguchi’s extraordinary decision—despite being exempt from internment as a resident of New York—to enter the Poston War Relocation Center, in the Arizona desert, hoping to contribute something positive to this forcibly displaced community, to which he had never felt more connected. In Noguchi’s words, “Thus I willfully became part of humanity uprooted.”

Curated by Noguchi Museum Senior Curator Dakin Hart, Self-Interned, 1942 brings together about two dozen works from the Museum’s collection, dating from before, during, and after Noguchi’s time at Poston, along with a substantial selection of archival documents. Together these evoke this harrowing moment in the history of American democracy, while revealing the impact that his experience at Poston had on Noguchi’s art.

The exhibition opens with a roughly chronological installation of about a dozen sculptures dating from 1941, the year before Noguchi entered the camp, to 1944, the year after he returned to New York City. Together, these trace the development of his work during the crucial period when he made the transition from his early figurative work to the modernist style for which he became known. Later works in this section show Noguchi exploring working in wood, one of the few materials that was both readily available and workable with limited equipment. Other works show how, during the years immediately following his release from the camp, Noguchi vacillated between excoriating satire—as in This Tortured Earth (1942–43) and Yellow Landscape (1943), the latter of which implicates the entire planet in the toxic anti-Asian stereotyping that swept the United States following December 7, 1941—and such consolatory subjects as Mother and Child, a simple, near-abstract work in onyx from the last years of the war—but before August 6, 1945.