Celebrate your recent grad by hooking them up with our latest and greatest Raspberry pi projects and products! Since the release of the first Raspberry Pi, manifold products have been created to accompany, modify, and enhance the Pi’s capabilities. From touchscreens and displays to HATs, cameras and plates, the possibilities are endless when it comes to project ideas. We’ve also created a number of Raspberry Pi packs for young engineers and experts alike.

From the Adafruit Shop! 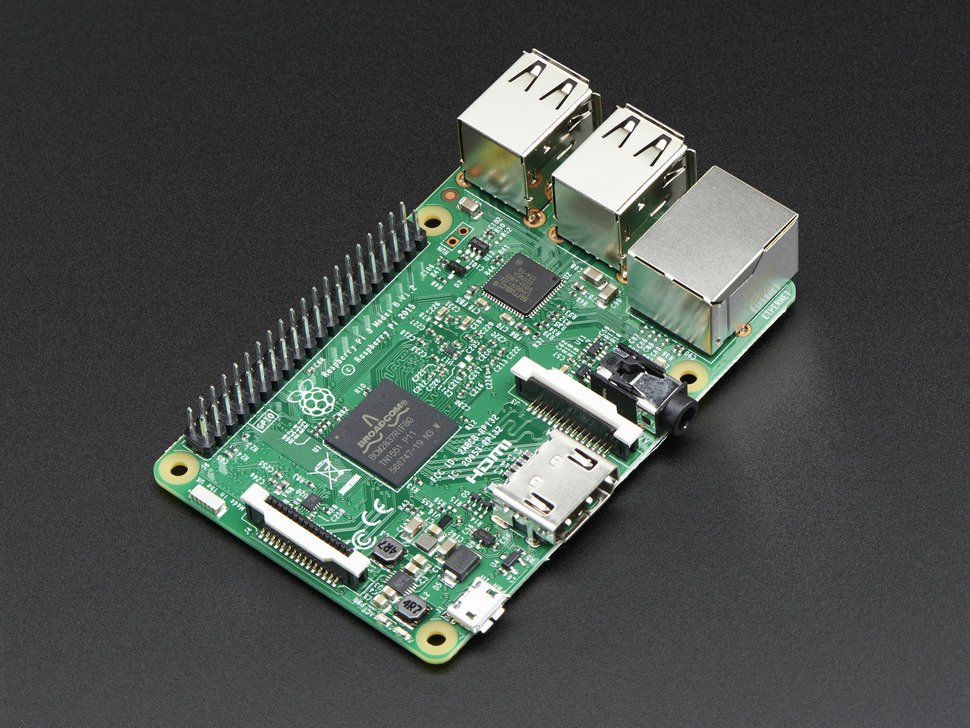 Raspberry Pi 3 – Model B – ARMv8 with 1G RAM: Did you really think the Raspberry Pi would stop getting better? At this point, we sound like a broken record, extolling on the new Pi’s myriad improvements like we’re surprised that the folks at the Raspberry Pi foundation are continuously making their flagship board better. Still, we’ll say it again – the Raspberry Pi team have outdone themselves. The Raspberry Pi 3 Model B is out and it is AMAZING.

There are two giant upgrades in the Pi 3. The first is a next generation Quad Core Broadcom BCM2837 64-bit ARMv8 processor, making the processor speed increase from 900 MHz on the Pi 2 to up to 1.2GHz on the Pi 3.

The second giant upgrade (and this is the one we’re personally most excited about) is the addition of a BCM43143 WiFi chip BUILT-IN to your Raspberry Pi. No more pesky WiFi adapters – this Pi is WiFi ready. There’s also Bluetooth Low Energy (BLE) on board making the Pi an excellent IoT solution (BLE support is still in the works, software-wise)

Lastly, there’s an upgraded switched power source that goes up to 2.5 Amps instead of just 2 Amps – allowing your Pi to power even more powerful devices over USB ports. Learn more! 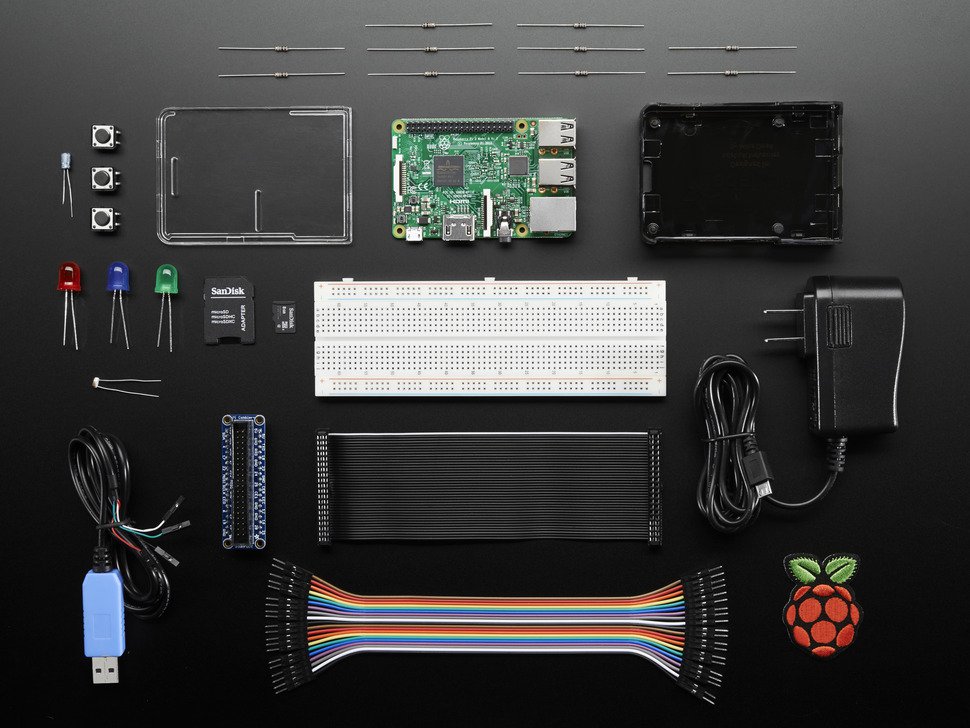 We’ve hand chosen these accessories as the perfect accompaniment to your new Raspberry Pi 3 – Model B. It’s everything you need to get going with a high quality power supply, Raspbian 8G NOOBs SD card (newly updated to work on the Pi 3), lovely case, handy console cable, and lots of prototyping essentials. It’s a great jumping off point for the rest of our extensive accessory and pack collection. Learn more! 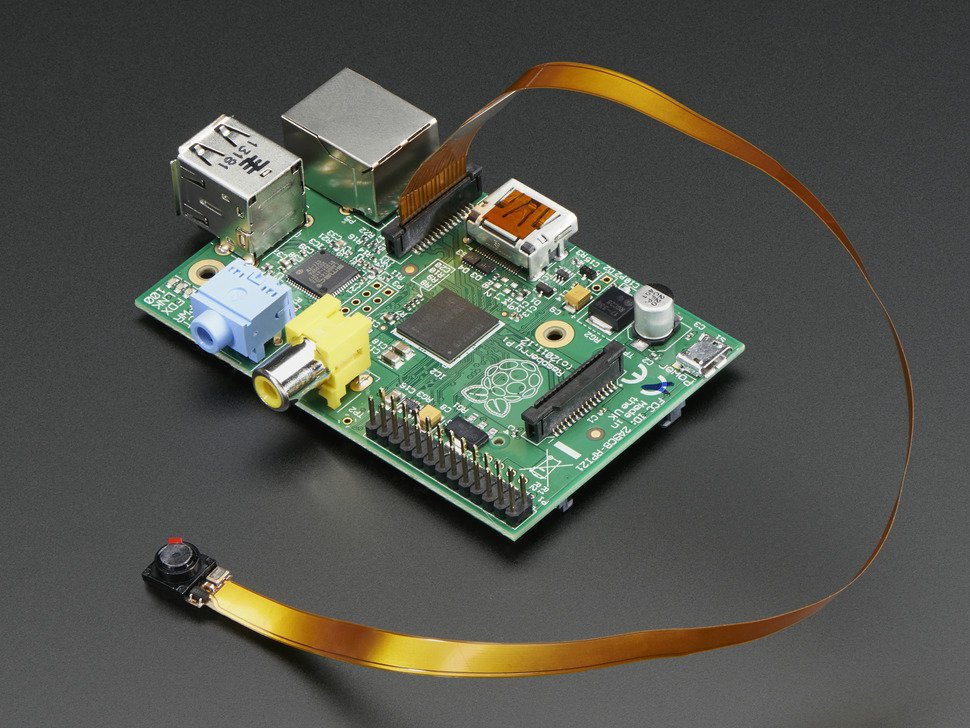 Spy Camera for Raspberry Pi: Is your house haunted? Or, rather, are you convinced that your house is haunted but have never been able to prove it since you’ve never had a camera that integrated with your raspberry pi but was still small enough that the ghosts wouldn’t notice it?

Luckily, the Spy Camera for Raspberry Pi is smaller than a thumbnail with a high enough resolution to see people, or ghosts, or whatever it is you’re looking for. It’s about the size of a cell phone camera – the module being just 8.5mm x 11.3mm – and has a stick-on back so it’s easy to mount in a doorbell or behind a teddy bear’s eye (might as well be creative!) Learn more!