Recluse Spiders Have the Only Self-Powered Silk Spinners

Even if you detest spiders—even if a photo of one makes you recoil from your screen—pause for a moment and consider the sheer machinery of these creatures. They coordinate the movement of eight legs and up to eight eyes at once. They are their own miniature textile factories, pumping out silk thread from an intricate set of appendages. And while most spiders use their legs to help spin the thread, or glue one end to a surface to pull it out, recluse spiders don’t need the help. They have the first known spinners that are entirely self-powered.

The silk of recluse spiders (the genus Loxosceles) is different from that of other spiders. Instead of normal, cylindrical thread, these spiders spin what looks like a flat ribbon. Scientists have known about this for several years, says Ivan Magalhaes, a graduate student at Museo Argentino de Ciencias Naturales in Argentina.

The silk organs of spiders are called spinnerets; spiders usually have three pairs of them. Each spinneret bears microscopic spigots that release the silk. Most spiders make their silk using the combined effort of dozens—or hundreds—of spigots. (If spiders have an evolutionary philosophy, it is apparently “Why not a whole bunch of everything?”) But recluses, breaking the trend, use only two spigots to spin all the silk in their webs. These two spigots are slit-shaped, producing the ribbons of silk.

Magalhaes and his colleagues used movies, microscopes, and modeling clay to learn exactly how recluse spiders spin their webs. They focused on the Chilean recluse, Loxosceles laeta.

The researchers recorded videos of three adult female spiders walking and spinning their webs in a Petri dish. They took close-up videos of the spinnerets of another five spiders by gently holding them still with a piece of cotton while they spun. They also examined spiders’ silk, spinnerets, and attached muscles under microscopes. To figure out the roles of various parts of the recluse’s spinning machine, the researchers anesthetized spiders, immobilized them with modeling clay, and either stopped up their spinnerets with glue or removed bristles from the spinnerets with tweezers.

A recluse’s three pairs of spinnerets, they saw, are strikingly different from those of other spiders. The front pair are very long. The back two pairs, which are set apart from the front pair, are shorter and covered in bristles or teeth. While silk unspools from front spinnerets, the back ones seem to grip and pull it. Strong muscles behind the back spinnerets help. The six spinnerets work together self-sufficiently.

“All other arthropods use their legs to pull silk, or attach a silk strand to [what they’re standing on] and then pull it,” Magalhaes says. “We were very surprised when we discovered they can spin this way!”

A Chilean recluse can beat its front spinnerets up to 13 times per second. 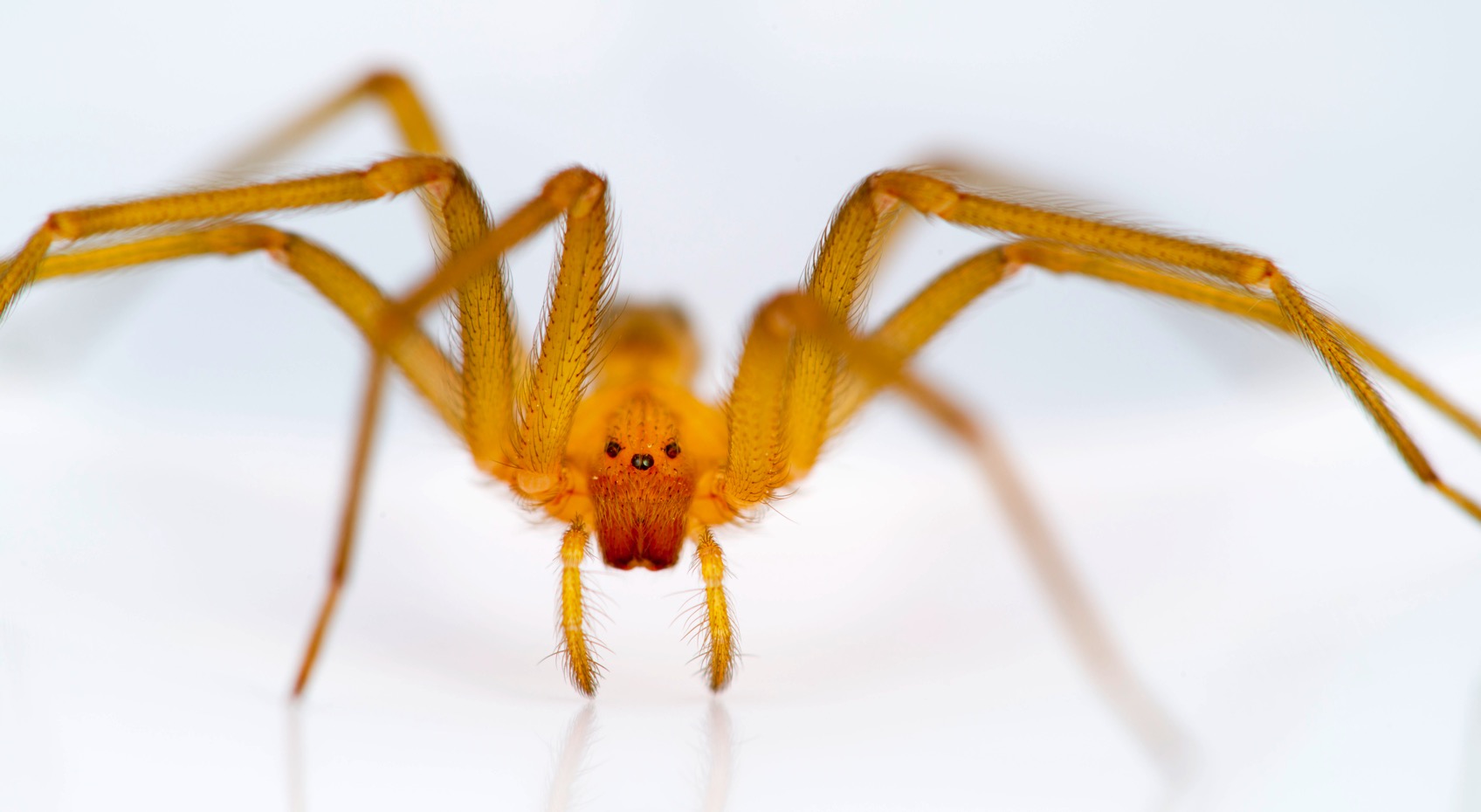