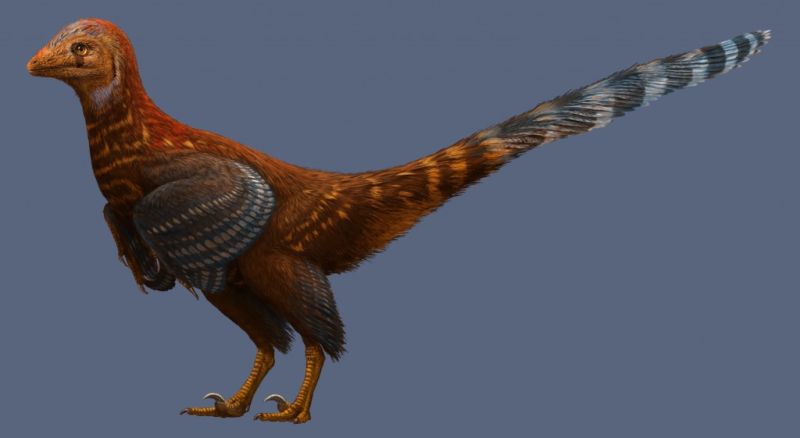 Gizmodo has a cool piece about a newly discovered dinosaur that may fill in the genetic gaps between dinos and birds. The Jianianhualong tengi also happens to look a lot like a chicken.

Meet Jianianhualong tengi, a distinctly chicken-like dinosaur that lived 125 million years ago, during the Cretaceous period. This newly discovered species of dinosaur now represents the earliest known common ancestor of birds and closely related bird-like dinos, with a feathering pattern associated with aerodynamics. Its discovery is offering new insights into the evolution of feathers and flight. 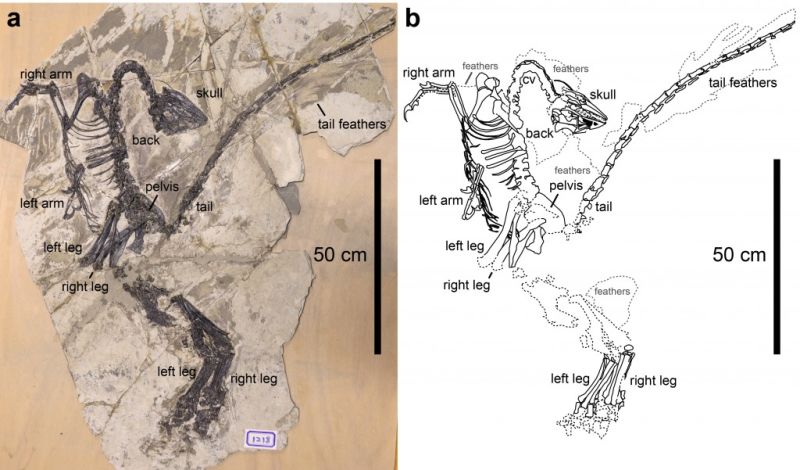 “Troodontids are a group of bird-like dinosaurs that together with the bird-like raptors—called dromaeosaurs—share their closest common ancestor with birds,” Pittman told Gizmodo. “Troodontids are therefore crucial in understanding the origin of birds and flight. These dinosaurs were extremely bird-like—and in fact, Jianianhualong tengi would have looked like a toothed, long-tailed chicken!”

Pittman says that J. tengi represents an important transitional form in the evolution of troodontids, a creature that featured large feathers on its forelimbs, hind limbs, and tail. The feathers on its tail exhibited a leaf-like arrangement, similar to another early long-tailed bird-like creature, Archaeopteryx (this creature also had asymmetric feathers, and lived 150 million years ago, but it’s not a true ancestor of birds).

Comments Off on Why did the Jianianhualong tengi cross the road?