Today we celebrate Fazlur Rahman Khan, a Bangladeshi-American structural engineer who designed the Sears Tower. Most notably, Khan developed a tubular design system for building high-rises and was also an early innovator in CAD.

He was recently honored by Google Doodles! Via Time.com. 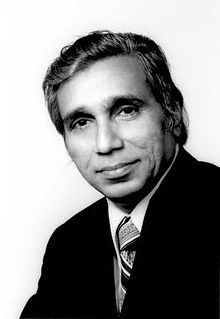 Khan is best known as the creator of the “tube” structural system, which is used by most tall buildings to this day. He designed the Sears Tower (now called Willis Tower) and John Hancock Center in Chicago, but the influence of his work has extended around the globe. Structural systems pioneered by Khan enabled buildings to reach heights taller than ever before, while increasing efficiency and safety and reducing costs.

Khan passed away in 1982 at the age of 52, but his legacy is visible in many of the most famous skyscrapers erected since then. The Petronas Towers in Kuala Lumpur, Hong Kong’s Bank of China Tower, Shanghai’s Jin Mao Tower and even the world’s current tallest skyscraper, the Burj Khalifa in Dubai, all make use of his systems.