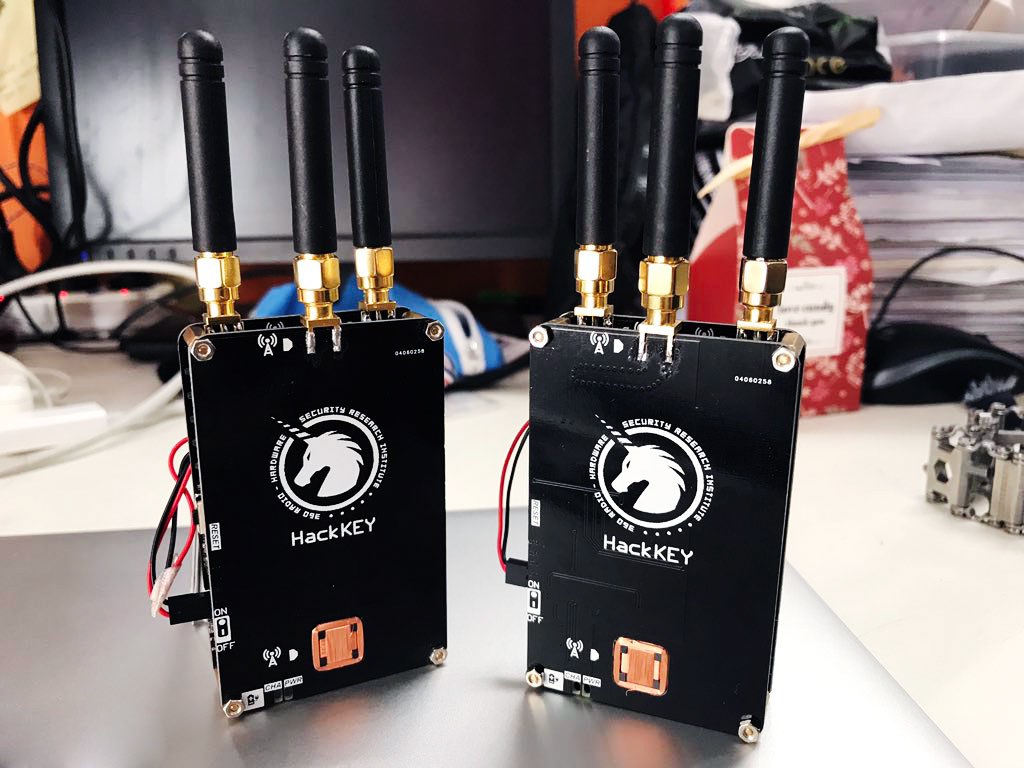 A group of researchers at the Beijing-based security firm Qihoo 360 recently pulled off the so-called relay hack with a pair of gadgets they built for just $22. That’s far cheaper than previous versions of the key-spoofing hardware. The Qihoo researchers, who recently showed their results at Amsterdam’s Hack in the Box conference, say their upgrade also significantly multiplies the radio attack’s range, allowing them to steal cars parked more than a thousand feet away from the owner’s key fob.

The attack essentially tricks both the car and real key into thinking they’re in close proximity. One hacker holds a device a few feet from the victim’s key, while a thief holds the other near the target car. The device near the car spoofs a signal from the key. That elicits a radio signal from the car’s keyless entry system, which seeks a certain signal back from the key before it will open. Rather than try to crack that radio code, the hacker’s devices instead copy it, then transmit it via radio from one of the hackers’ devices to the other, and then to the key. Then they immediately transmit the key’s response back along the chain, effectively telling the car the key is in the driver’s hand.

(The basis of the Wired article comes from the Chasing Cars: Keyless Entry System Attacks talk given at Amsterdam’s recent Hack in the Box conference; you can find the slides from this talk here (PDF).)