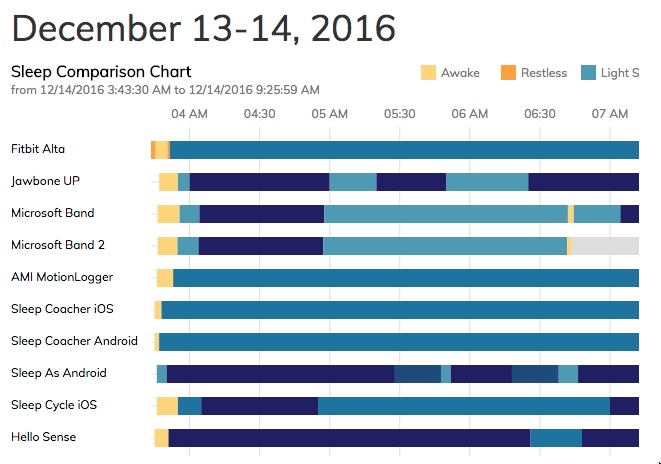 Jina Yoon is an undergraduate researcher at Brown University. She tried wearing 10 of the most popular sleep trackers including one “control” unit. The research-standard actigraph (AMI MotionLogger) was compared performance wise to the other units. The Fitbit Alta seemed to be the most accurate and this was before FitBit release of the Sleep Stages upgrade. She produced a 9 day minute-by-minute comparison. 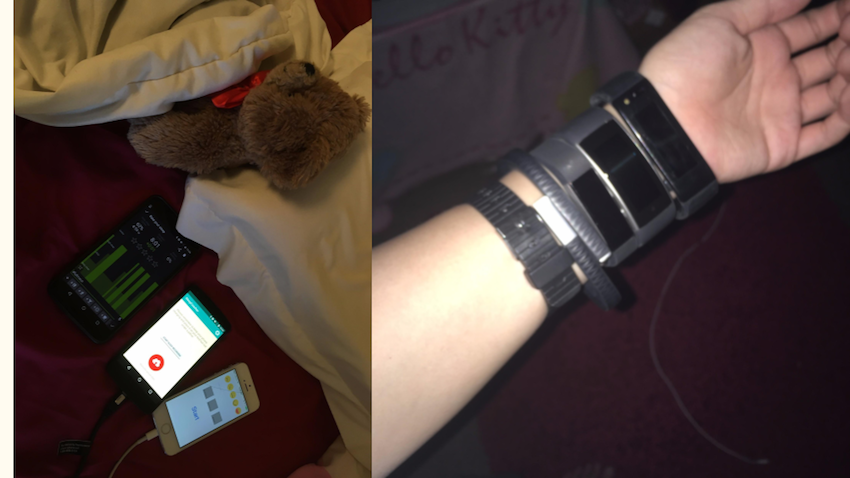 A few things stand out from Jina’s testing. The first being that three of the units she tested in December are already discontinued which indicates how fast this industry is changing. Another interesting point is how difficult it was to normalize the data between the different units. The first step after acquiring the data was determining how to extract the data from each device. The process was complicated enough that she put together a data extraction guide for most of the devices. The guide mostly describes using POST based APIs, but in the case of the “Hello Sense” they had to unlock the data using postman.

Comments Off on Using 10 Different Sleep Trackers for 9 Days