This past weekend was the closing days of IBM’s ‘Hidden Portraits: 15 artists work with IBM Watson‘ on view at the Cadillac House, in the same neighborhood as Adafruit Industries. Utilizing Waton APIs like Tone Analyzer, Speech to Text, Visual Recognition, Personality Insights, and Natural Language Understanding allowed artists to create works both reflective of their subject and also generative from those APIs. With subjects ranging from Marie Curie to Nikola Tesla, from Eleanor Roosevelt to Thomas Edison, and even you, it’s pretty interesting to think of Watson as an art-making machine!

Can a machine make you think about what’s hidden in the familiar?

Watson analyzes vast amounts of data to find previously unseen insights. What can he find in the data of some of the world’s most influential figures? Can Watson discover things about them that we didn’t already know?

I really dug this wall of ‘THINK’ bananas. Those are screens embedded inside picture frames, with the bananas and images rotating throughout all of the screens, constantly bobbing about. One of the bananas endlessly peels itself, another is covered in fusia-colored fur, another with leopard fur. Bananas to me are just a really intriguing (and delicious!) fruit, with a fascinating history, not only because of their cultivation but also their location in history as the first commercial, featured in movie theaters over 70 years ago. (I wonder if Watson knows this?!)

The artworks are inspired by the life of Josephine Baker. 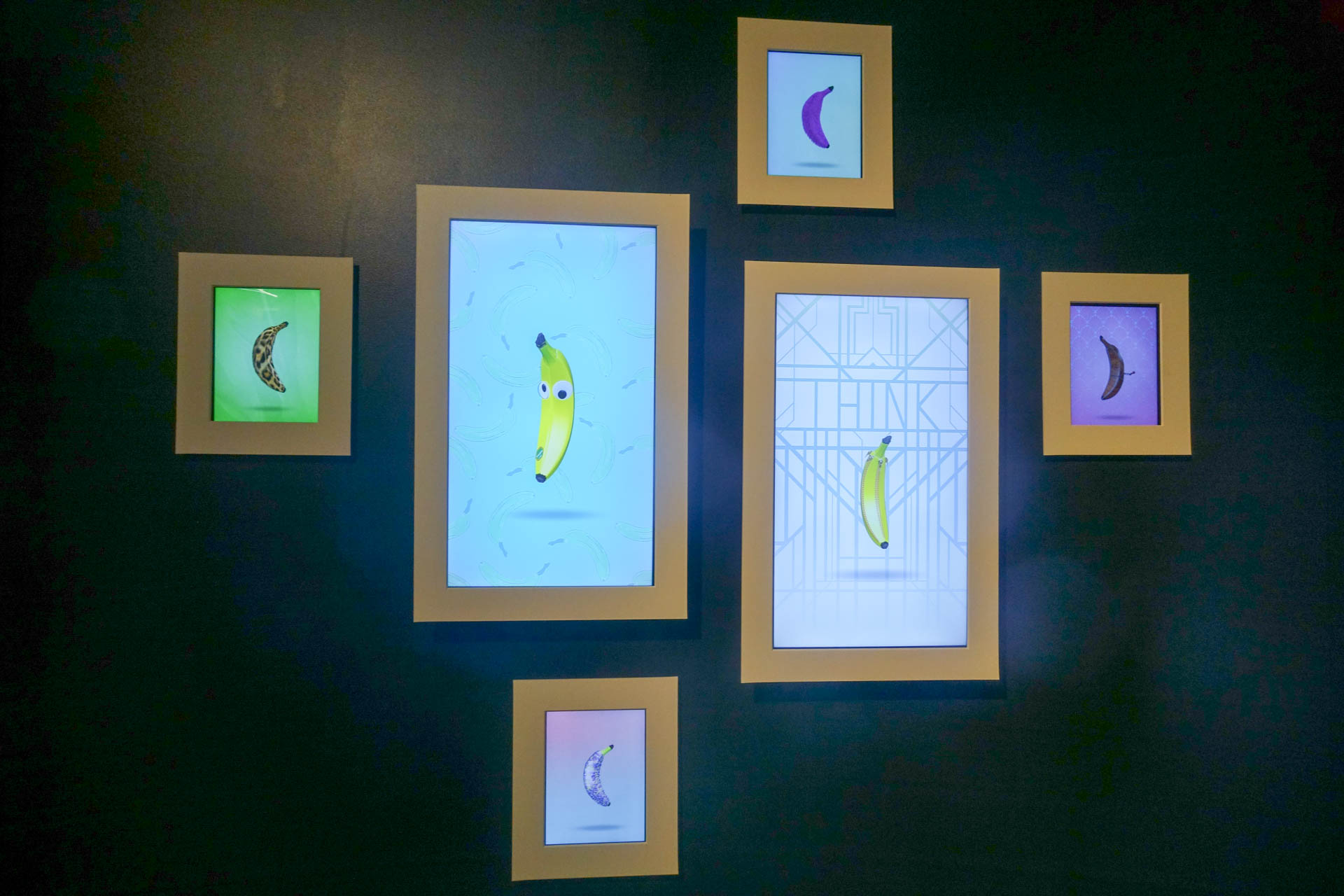 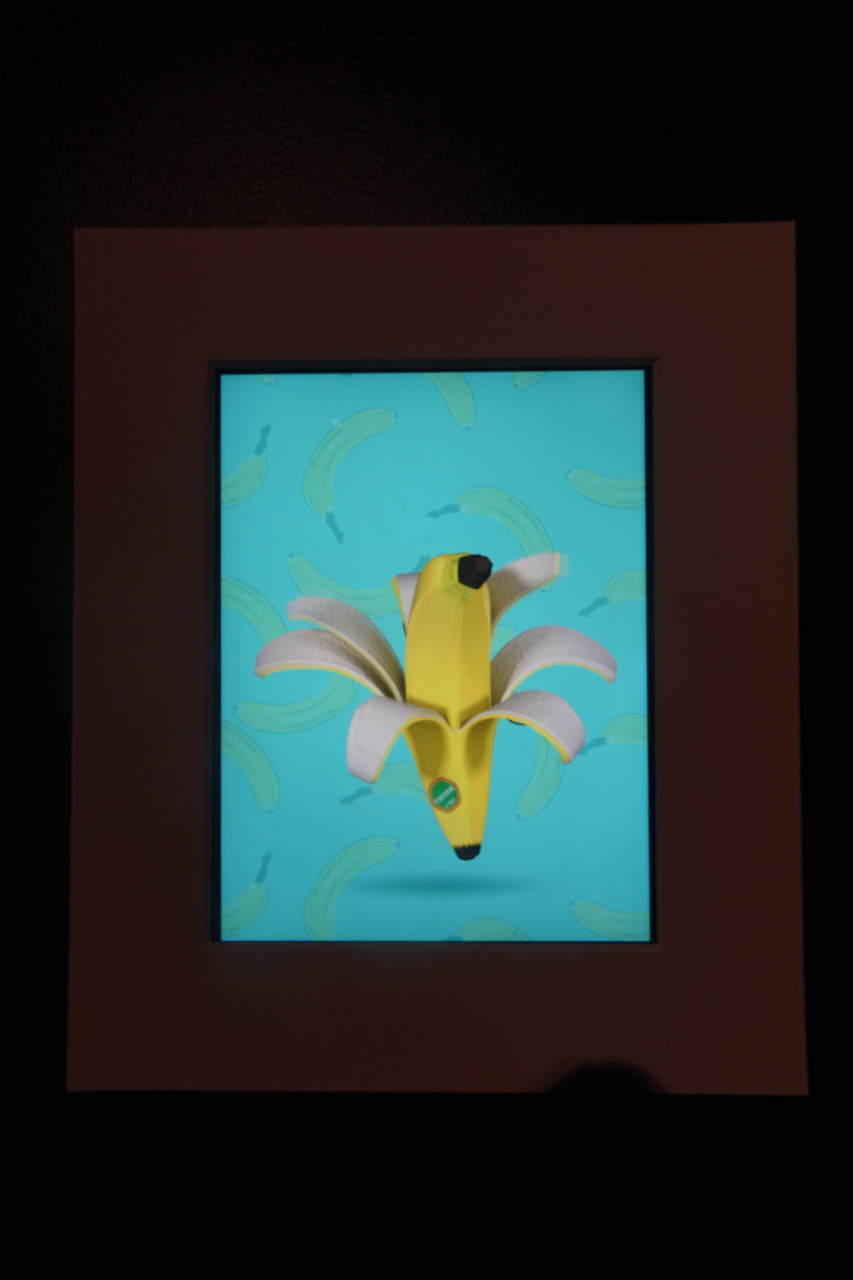 This large plexi portrait of legendary designer Paul Rand is itself made up of a bunch of small emoticon-like faces (see detail below). The work was derivative from Rand’s writings, most notably his seminal book (albeit more of a manifesto honestly) Thoughts on Design (1947). 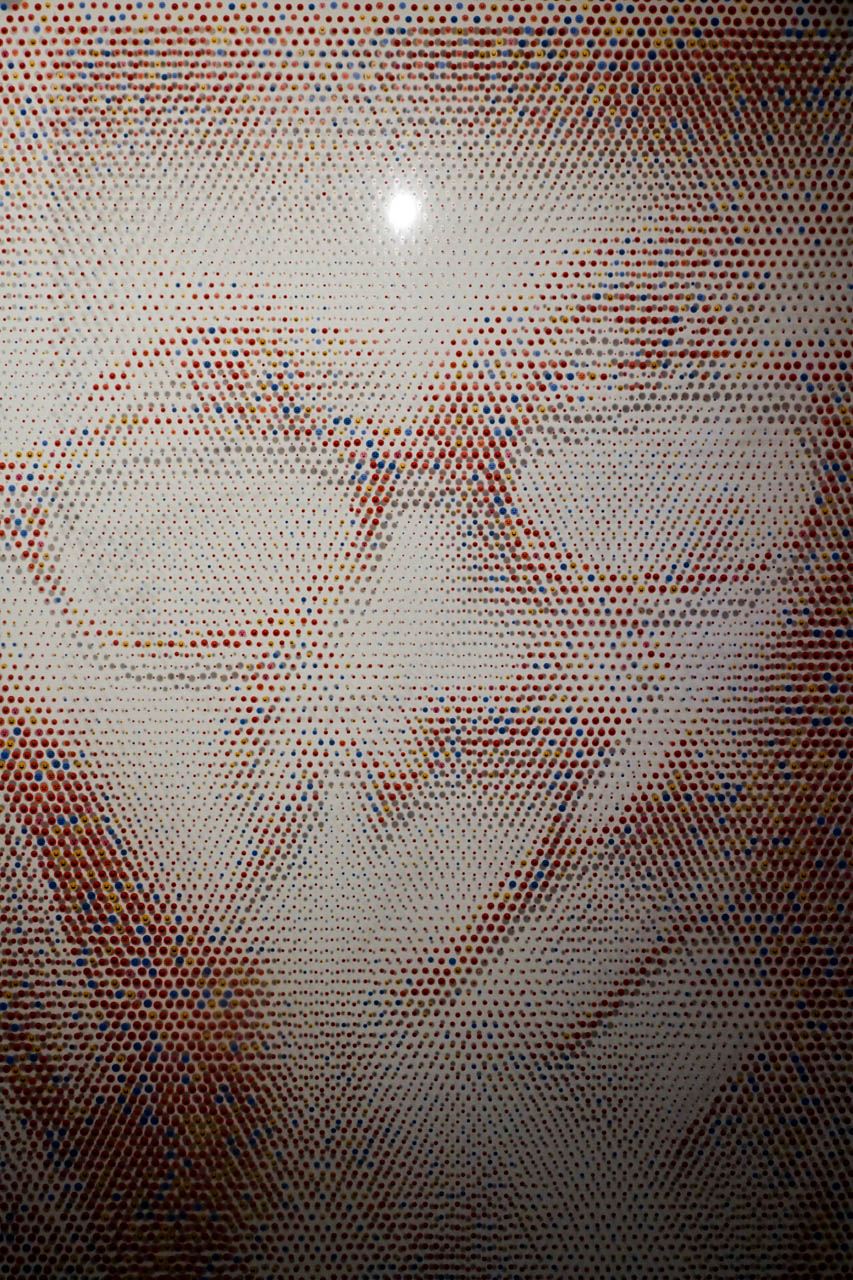 This Nikola Tesla-inspired installation was one of my favorites, but also probably the hardest thing to photograph. For one because tons of people were inside it, taking selfies, and also because of its design: a mirrored cube with multiple screens whose images were based on “generative electricity” among other inputs. 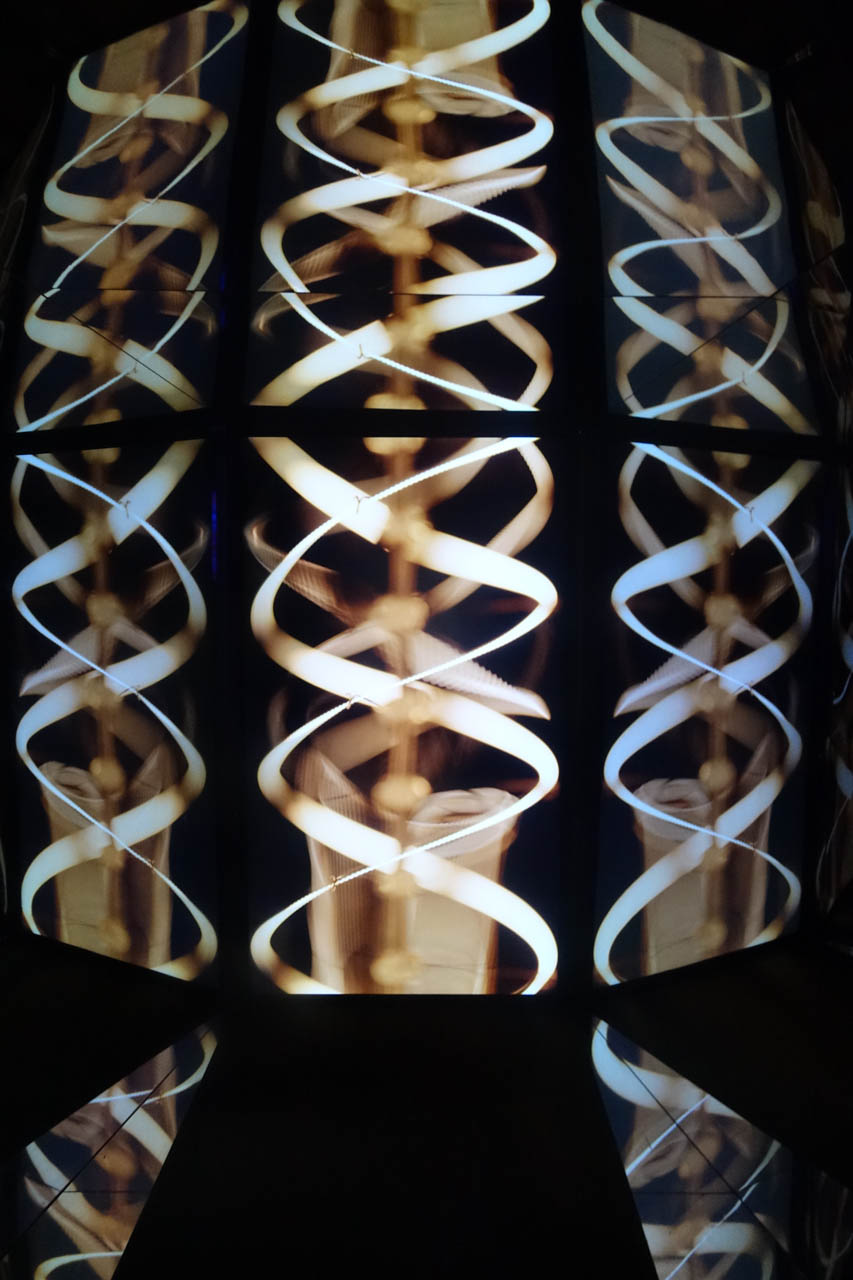 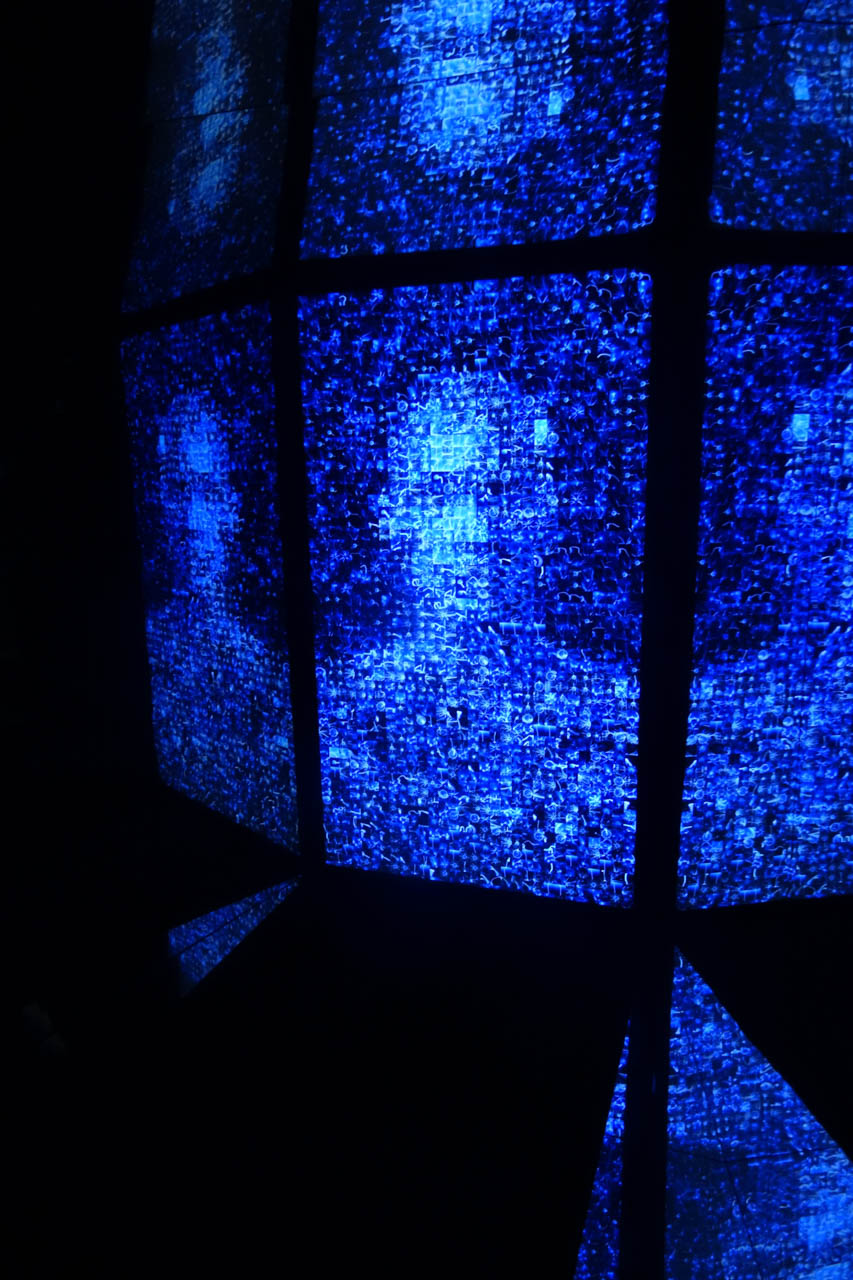 Lastly I sadly didn’t have the time to sit and wait for a portrait made by Watson itself, but participants would go inside this chamber (with human shown, for scale) and have some sort of interaction with Watson – again think of the APIs used by Watson to generate the other artworks – and the chamber would then print out quite a large 16″x20″ or 20″x24″ size portrait, like the ones on the wall behind the chamber. 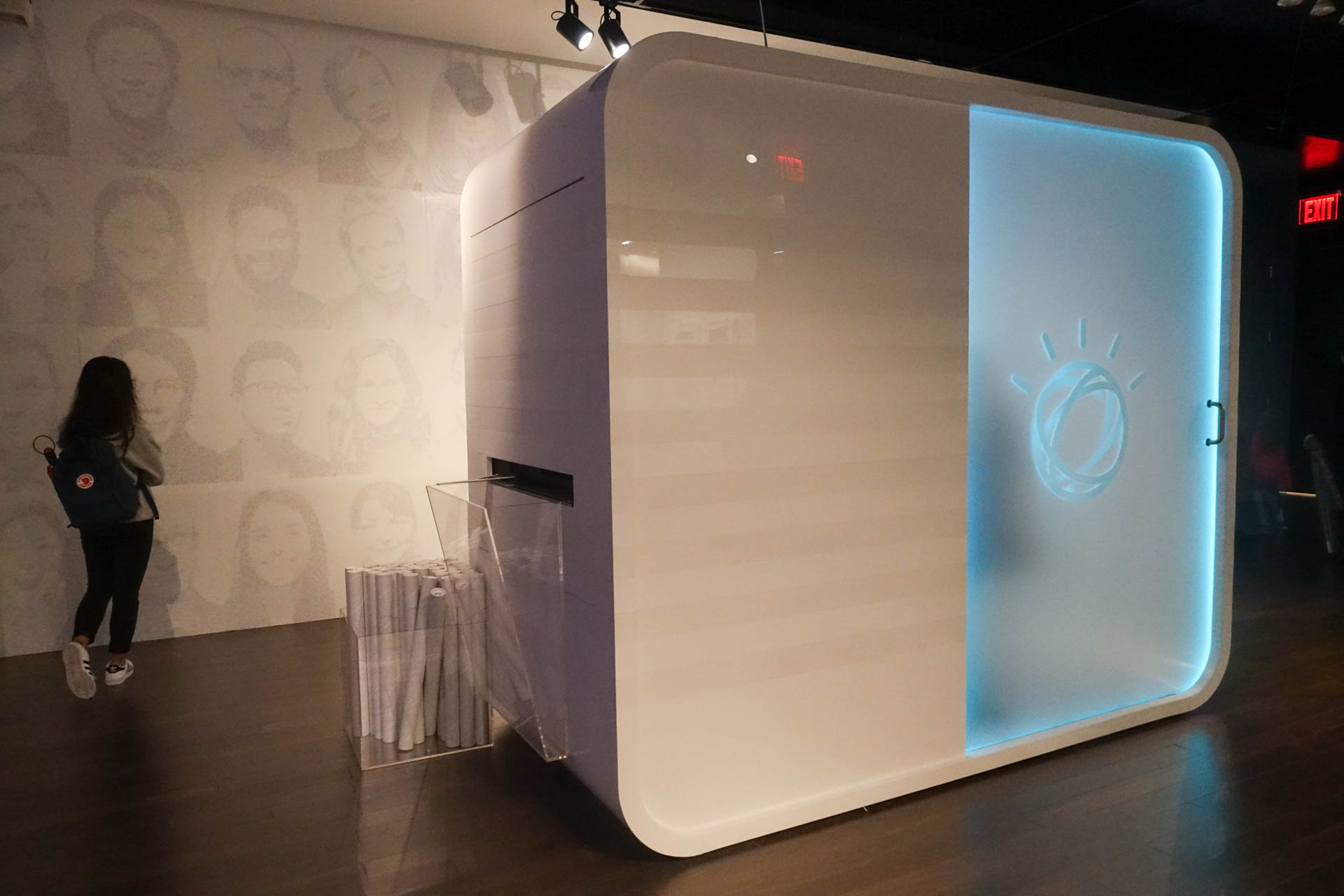 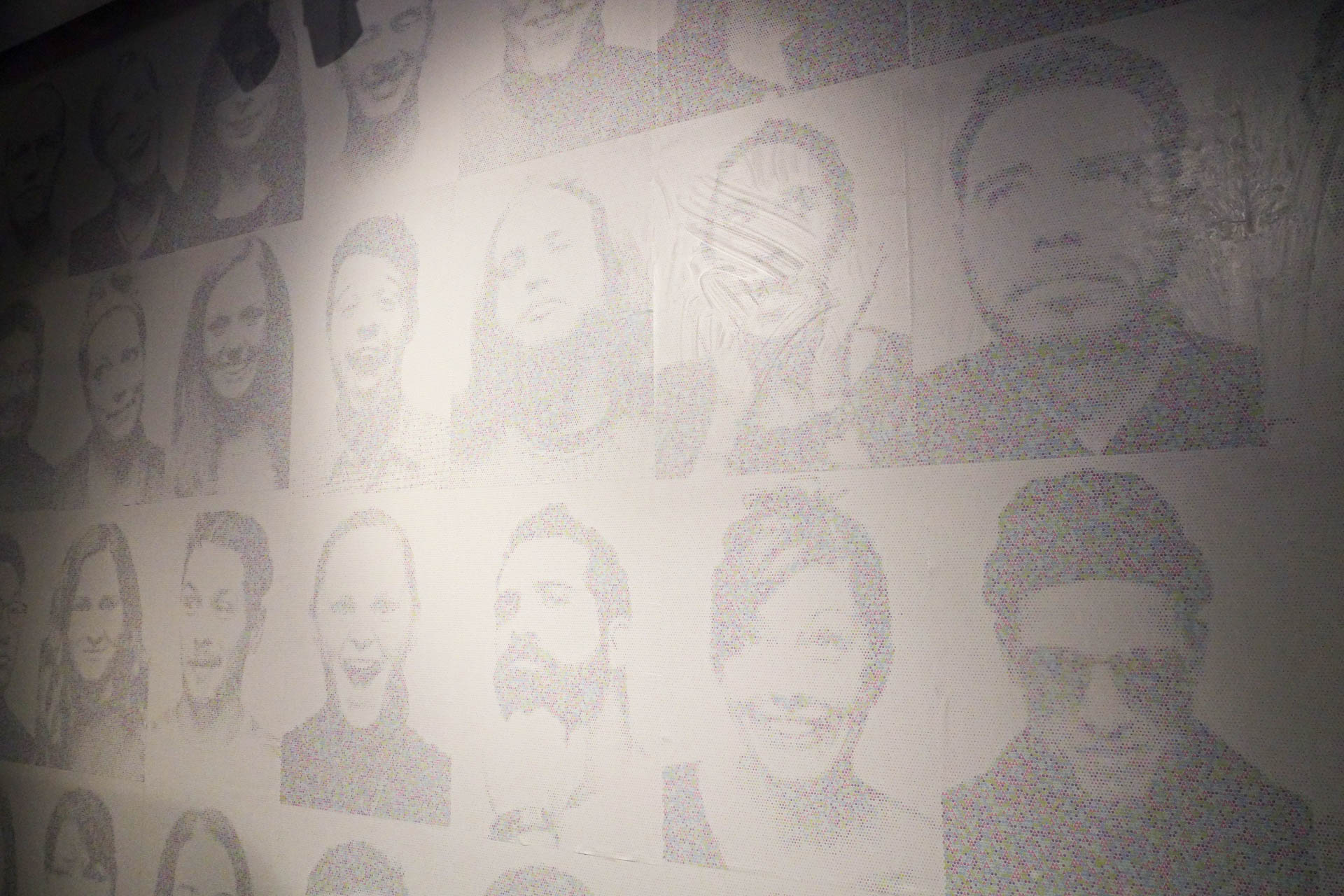 There were other works in the show I didn’t get to photograph as well. You can see them and read more about the show here.