Virtual Reality Has Arrived in the Art World. Now What? #ArtTuesday 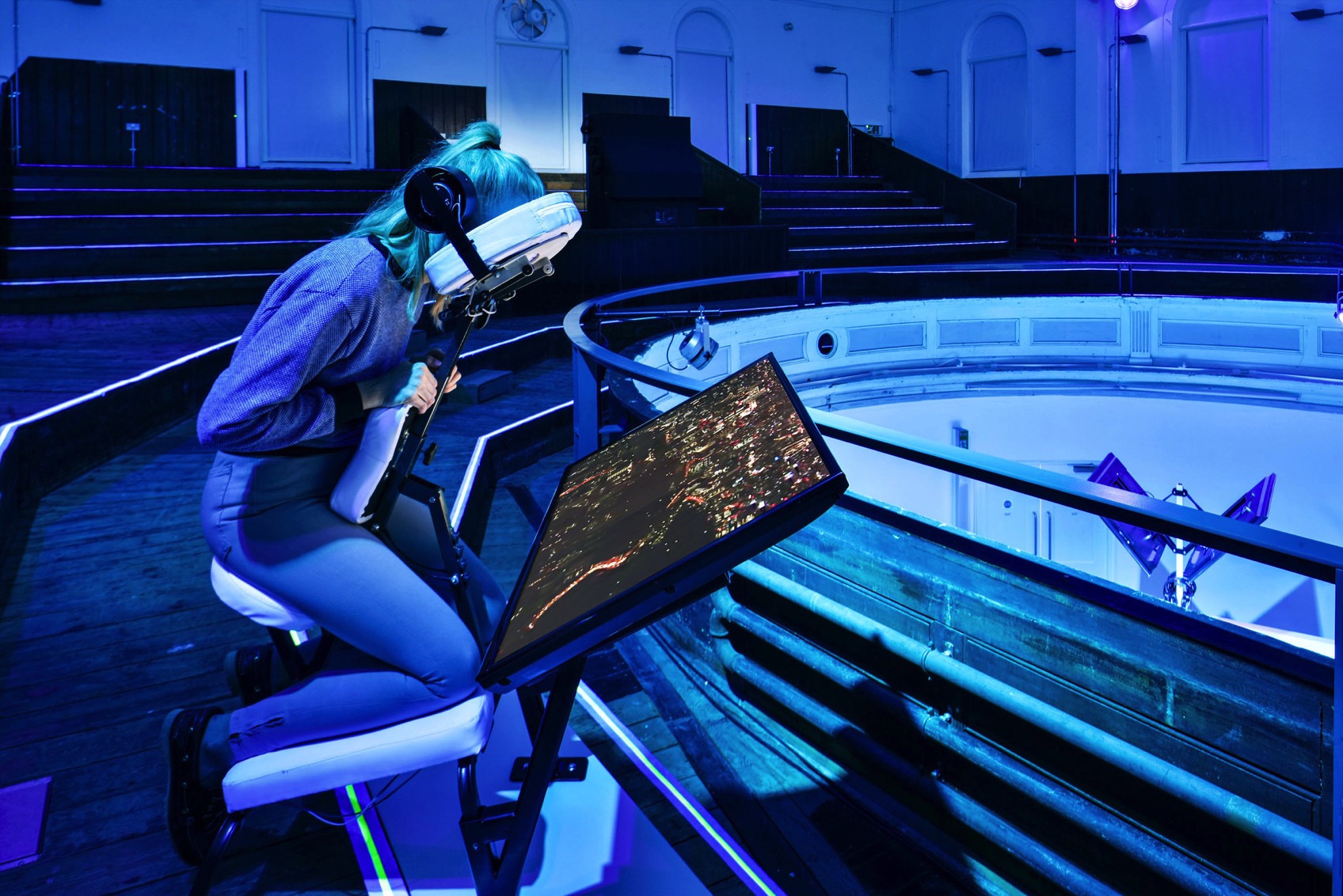 When the world outside looks frightful, you might be tempted to put on the blinders.

The accelerating development of virtual reality technology — which lets you escape into another world through a blackout headset — is finally rumbling the art world, always more skeptical than cinema and television about new technologies. A new generation of artists is beginning to produce virtual-reality artworks — some for display in galleries, others freely accessible online — that plunge viewers into fully articulated spaces. Forget contemplative distance; say goodbye to Brechtian alienation. In these works, immersion is all.

Last year, there was surging interest in virtual reality thanks in part to two hardware innovations, one closer to “Total Recall” and the other more “MacGyver.” The first is the Oculus Rift, an immersive headset, which retails for $600, and whose 110-degree field of view and inbuilt speakers drown users in artificial environments. The other is Google Cardboard: a nifty kit that sells for $15 and that holds a smartphone in place in front of biconvex lenses. Both use gyroscopes and sensors to sync your head’s movement to the views onscreen. Where the Oculus Rift is newfangled, Google Cardboard operates on much the same principle as the 19th-century stereoscope: The lenses intertwine two images at skew angles to create an illusion of depth.

These developments have inspired some museums to imagine new presentations beyond their walls. Google has partnered with numerous museums to produce walk-throughs, and you can now stream 3-D imagery of the Dulwich Picture Gallery in London, BOZAR in Brussels, the Museu de Arte Moderna in Rio de Janeiro and the Robben Island Museum in Cape Town. Other museums have produced virtual reality apps: The Renwick Gallery, an institution of the Smithsonian in Washington, recently released a virtual reality re-creation of its exhibition “Wonder,” a selfie-magnet of a sculpture show from 2015 to ’16. But smartphone resolution remains too low, and lenses too finicky, to truly recreate a museum visit. And the stationary positions of the virtual reality tours — you can move your virtual eyes, but not your virtual legs — make them feel like just the latest in a long chain of panoramic gallery views.

More interesting is the use of virtual reality inside museum exhibitions, whether as educational tools or as stand-alone artworks. The current retrospective of the French designer Pierre Chareau, at the Jewish Museum in New York, includes an impressive virtual reality component — masterminded by the architects Diller Scofidio & Renfro. It transports visitors to Mr. Chareau’s translucent Maison de Verre in Paris: Pop on the goggles, and the furniture before you in the gallery reappears in situ.

Comments Off on Virtual Reality Has Arrived in the Art World. Now What? #ArtTuesday