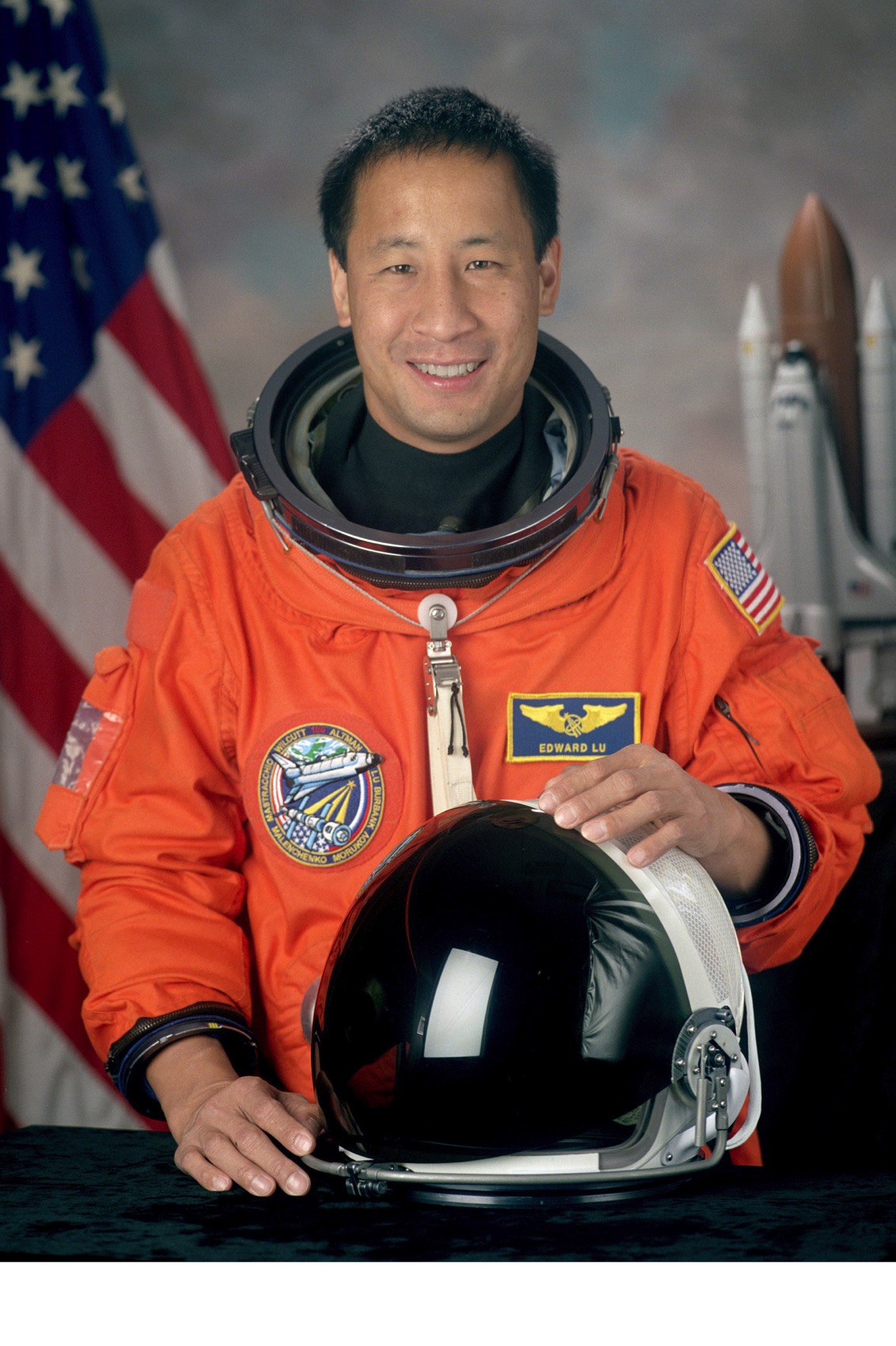 Edward Tsang “Ed” Lu, born July 1, 1963) is an American physicist and former NASA astronaut. He flew on two Space Shuttle flights, and made an extended stay aboard the International Space Station.

In 2007, Lu retired from NASA to become the program manager of Google’s Advanced Projects Team. In 2002, while still at NASA, Lu co-founded the B612 Foundation, dedicated to protecting the Earth from asteroid strikes, later serving as its chairman. As of 2014, he is currently its chief executive officer.

Raised in Webster, New York, to a Chinese-American family. Lu attended R. L. Thomas High School, where he was a member of the wrestling team and graduated in 1980. Later, Lu earned a degree in electrical engineering from Cornell University where he lettered in wrestling. He then received a doctoral degree in applied physics from Stanford University in 1989. Lu is a member of the Psi chapter of Pi Kappa Phi fraternity at Cornell.

Lu became a specialist in solar physics and did postdoctoral work at the Institute for Astronomy in Honolulu, Hawaii before being selected for the NASA Astronaut Corps in 1994.

Lu flew on space shuttle missions STS-84 in 1997 and STS-106 in 2000, in which he carried out a six-hour spacewalk to perform construction work on the International Space Station. Having been flight engineer on Soyuz TMA-2, Lu spent six months in space in 2003 as part of ISS Expedition 7, with cosmonaut Yuri Malenchenko.

In July 2003, Lu and Malenchenko answered questions from students participating in Japan’s NASDA special educational event, where Ed Lu performed Happy Birthday on an electronic piano for a student’s birthday in the live broadcast from space. He had demonstrated the difficulty of playing the piano instrument in space during a live in-orbit interview with CBS News and NASA TV video feed. Also on this ISS mission on 15 October 2003, Lu communicated with the crewman of China’s first manned mission into space, Yang Liwei, flying aboard Shenzhou 5. Lu congratulated the Chinese for the achievement and said in Putonghua: “Welcome to space. Have a safe journey”. Malenchenko added: “I love to have somebody else in space instead of (just) me and Ed”.

While still employed at NASA, Lu co-founded the B612 Foundation along with former astronaut Rusty Schweickart and scientists Clark Chapman and Piet Hut. It has conducted two lines of related research to help detect asteroids that could one day strike the Earth, and find the technological means for asteroid deflection. The foundation’s current goal is to design and build a privately financed asteroid-finding space telescope, Sentinel, to be launched in 2017–2018. The Sentinel’s infrared telescope, once parked in an orbit similar to that of Venus, will help identify asteroids and other near-Earth objects (NEOs) that pose a risk of collision with Earth.