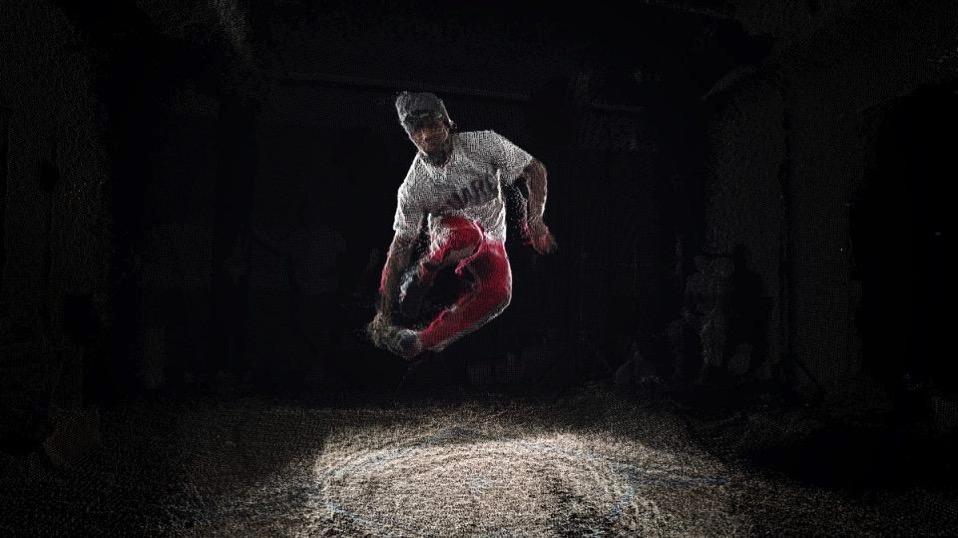 Last months Tribeca Film Festival had a sampling of VR and MR experiences offered. Blackout – virtual reality commute on the New York City subway was once of them! Via Forbes

Blackout is a Mixed Reality (MR) New York subway ride, created a by Brooklyn based start up, Scatter. Blackout uses a volumetric method of photographing someone from different angles simultaneously to create a 3D photo-realistic avatar (albeit heavily pixillated) of a human being, in this case sitting on a train. You enter a room which has floor to ceiling poles in it, like you might see in a real subway car.

Wearing a Vive headset and using its room scale roaming feature you can move around the car. When you reach out for a pole you see in the digital world, you touch a real pole. It’s a very cool, convincing illusion. There are six people on the train. They cannot see or hear you, as if you were a ghost. As you near one of them, you hear their thoughts in their own words, a steam of consciousness internal dialog recorded in thirty minute interviews with the participants. The train doors open, and you get off on what appears to be a real platform. It is one of the most compelling MR – or VR – experiences I’ve ever had. 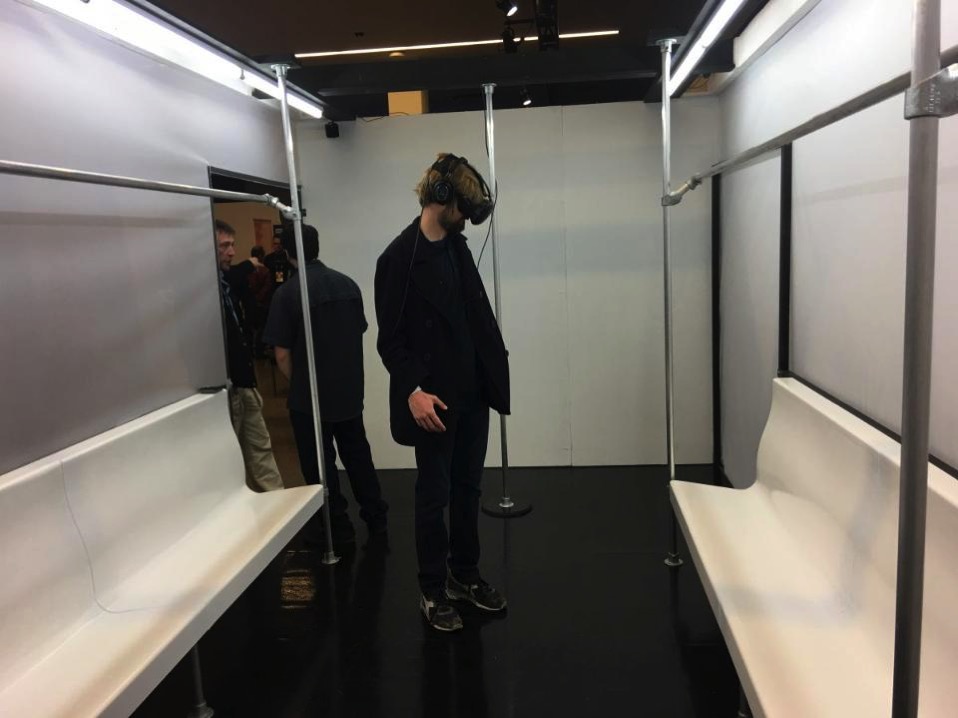