The History of Toy Robots 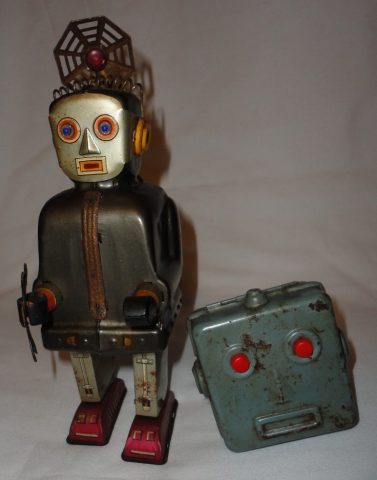 Yeah nowadays you can get a robot that will clean your floor, give you love like a puppy, or pour you a drink, but back in the day, tin robots were things of beauty. I mean, some of them were also the things of nightmares, but many of them retain a wonderful charm — via Vintage Robot Toys

During the 1930’s and 1940’s, the industries in Japan heavily invested a vast majority of their natural resources for the war. Their government ruled by the military stripped several major landmarks constructed of steel and precious material for use in the war efforts. Due to this circumstance, most of the manufactured products in Japan during those periods were composed of low quality material and manufactured with lower standards. Meanwhile in the United States, businesses such as Marx and Gilbert lobbied that the country should continue to produce toys for children. 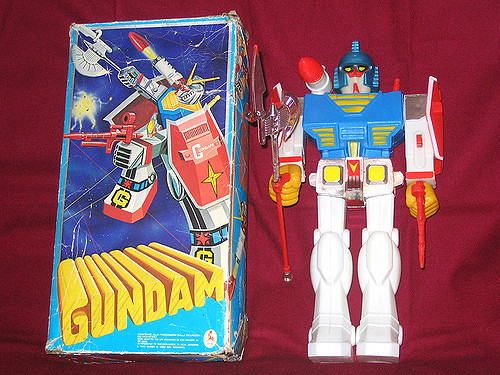 When the Second World War ended, Japanese manufacturers had to make a transition to adapt their industry in order to help reconstruct Japan.  Meanwhile, in the United States, children toys were still an important part of society, and more importantly, the economy. Fueled further by the growing following of science fiction literature and movies such as Buck Rogers and Flash Gordon, the interest and demand for toy robots grew. This demand for toys influenced the Japanese manufacturers to build an industry manufacturing and exporting low cost toys to the United States.

Comments Off on The History of Toy Robots