Stephen Cartwright has been producing the kind of kinetic sculpture and data visualizations that you just pray to come across when going to an art gallery. He has layers of goodness in all his projects which start with awesome maker skills and end with fascinating quantified self data sets. 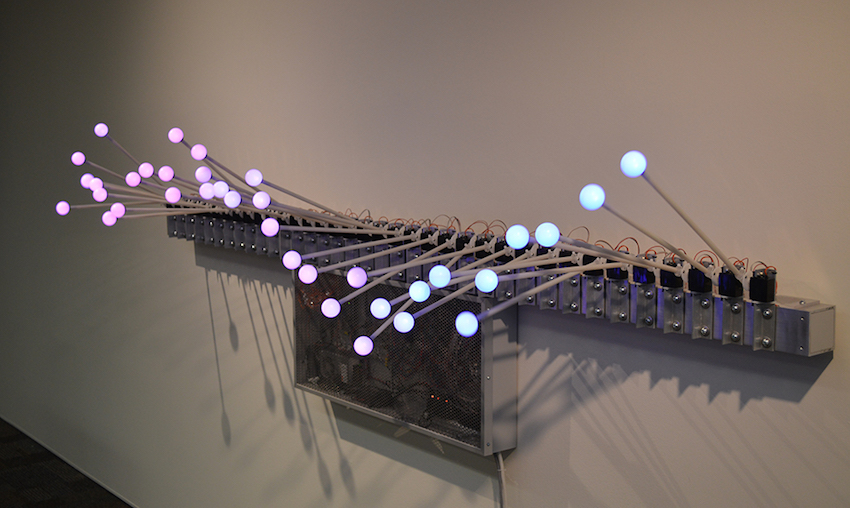 Above is his Chromatic Data Oscillator which based on data sets moves the rods and color of the LEDs. Stephen has acquired and displayed eight different personal data sets for this sculpture.

This programmable sculpture can display an infinite number of oscillating waves based on inputted data. Cartwright uses data from a wide variety self-recording projects to create moving graph waves. Data values can be illustrated by the angle of the rods or the color of the LEDs.

Comments Off on Stephen Cartwrights Self Tracking Chromatic Data Oscillator