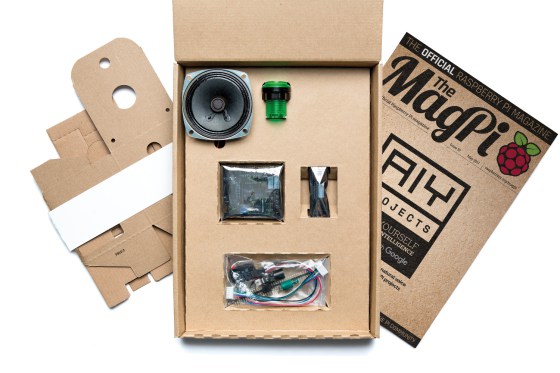 Great review of the Google AIY kit, which came out with The MagPi issue 57 last week, from Michale Horne up on his blog Raspberry Pi Pod.

On Thursday, there was much excitement when The MagPi issue 57 was released to the public. The issue came bundled with a Google AIY Projects Voice Kit, including a Voice HAT, a microphone add-on board, a big arcade button, a speaker and bits and pieces with which to put it all together. There was a big rush to get hold of the issue. Indeed, The Pi Hut, the official outlet for The MagPi, sold out within hours. It has now become very difficult to get hold of the issue anywhere!

As a subscriber, I received mine on Friday (a little irritating given that, until now, subscribers got theirs on the launch date, but anyway…) and on Saturday I was able to explore the kit.