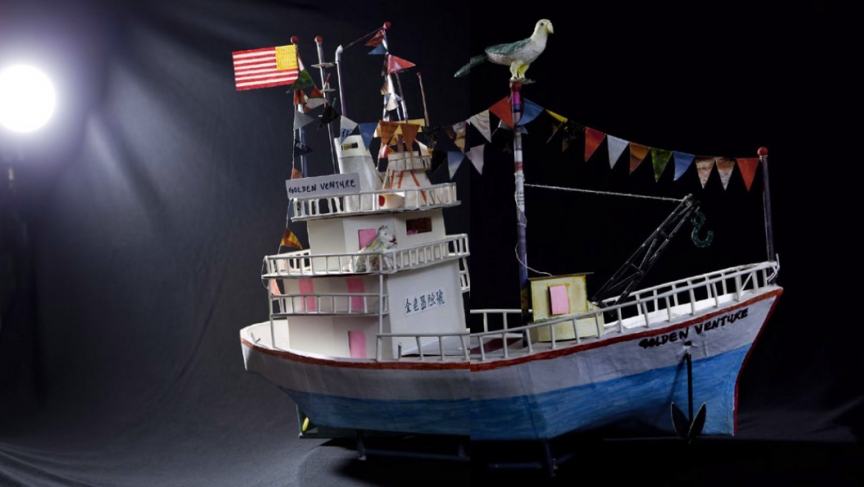 OK this was admittedly something of a rabbit hole I went down to generate this blog! Being in NYC you frequently find yourself encountering ‘New York things’ that you didn’t know previously but ultimately contribute to your appreciation and awareness of life here. At first I was confused when I stumbled upon ‘Golden Venture’ because I couldn’t tell if it was about crafts or geography – turns out it is about both! And it begins with a boat – fitting, for the harbor city that is NYC.

The long-story short is Golden Venture was the name of a boat that ran aground off the Rockaway Peninsula of Queens in 1993. Sadly, of the 299 people on board 10 of them drowned while attempting to reach shore; the majority of the passengers were immigrants from China attempting to illegally enter the United States.

After being rescued, survivors were put in detention facilities, with most being located in York, Pennsylvania. Some detainees spent four years awaiting a resolution to their case, and turned to crafts to pass the time. It is estimated that between the detainees 10,000 paper sculptures were created, and the primary art they employed – known as zhe zhi – became popularized as Golden Venture Folding, a folk art whose name in America originated from a boat that ran aground in the waters of New York (fascinating!).

The basis for the craft comes from triangles. Yes, triangles! Paper triangles that are folded in such a way that they can interlock and become modular, like so:

Here’s a sample of some of the things that get made with this art: 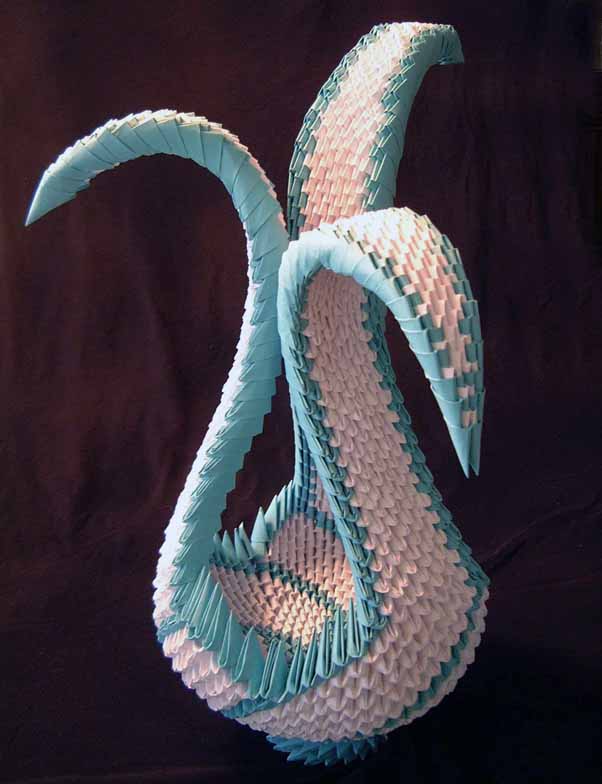 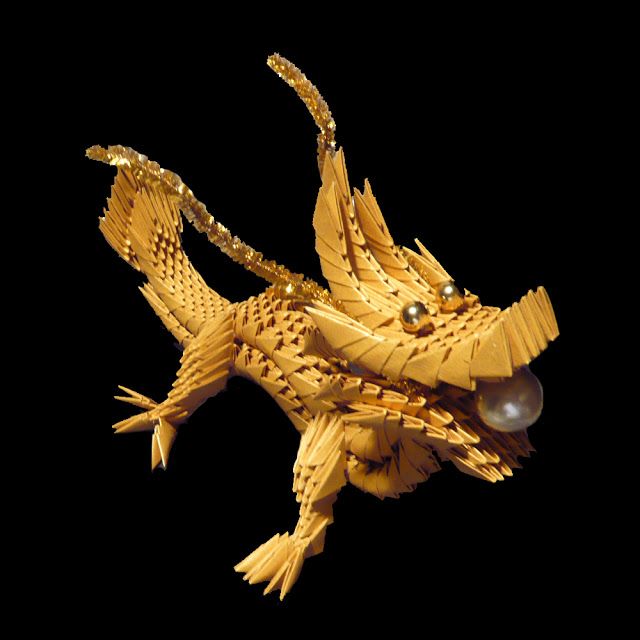 Got it! OK I’ve seen this craft before, but had no idea this was how it was made or where it stems from. And while the Internet has many images to look at, I’m eagerly looking forward to later this year when the Museum of Chinese in America (in NYC) will host the exhibition FOLD: Golden Venture Paper Sculptures. Their collection includes some 123 paper sculptures made by the passengers of the Golden Venture vessel while in detention.

YouTube user origamiwing has many videos that show this craft; there’s an interesting PRI story on the 1993 incident here; and of course there’s an Instructable here as well!