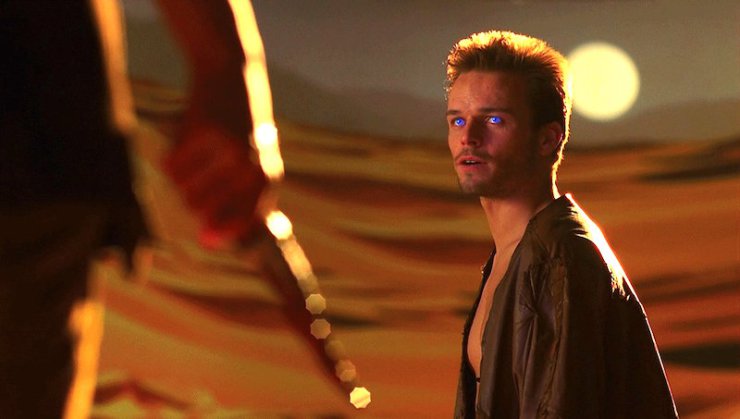 Syfy (previously known as the Sci-Fi Channel) went through a minor renaissance in the late 90s and early aughts, producing television that set the bar for a lot of fascinating entertainment to come. Without shows like Farscape, Battlestar Galactica, and Stargate, it is doubtful that the current television milieu—where shows like Westworld and American Gods are considered high quality entertainment—would exist in the same form.

This was also the same era in which they developed two Dune miniseries. The first came in 2000.

Frank Herbert’s Dune was a massive production for a television project, with any estimated twenty million dollar budget for three film-length episodes that encompassed each “book” within the Dune novel. It featured an international cast and won Emmys for effects and cinematography. It was a massive undertaking for the channel, and to this day it remains (along with its sequel Children of Dune) among the highest three rated programs that Syfy has every produced.