How Google Took Over the Classroom @google #makerbusiness 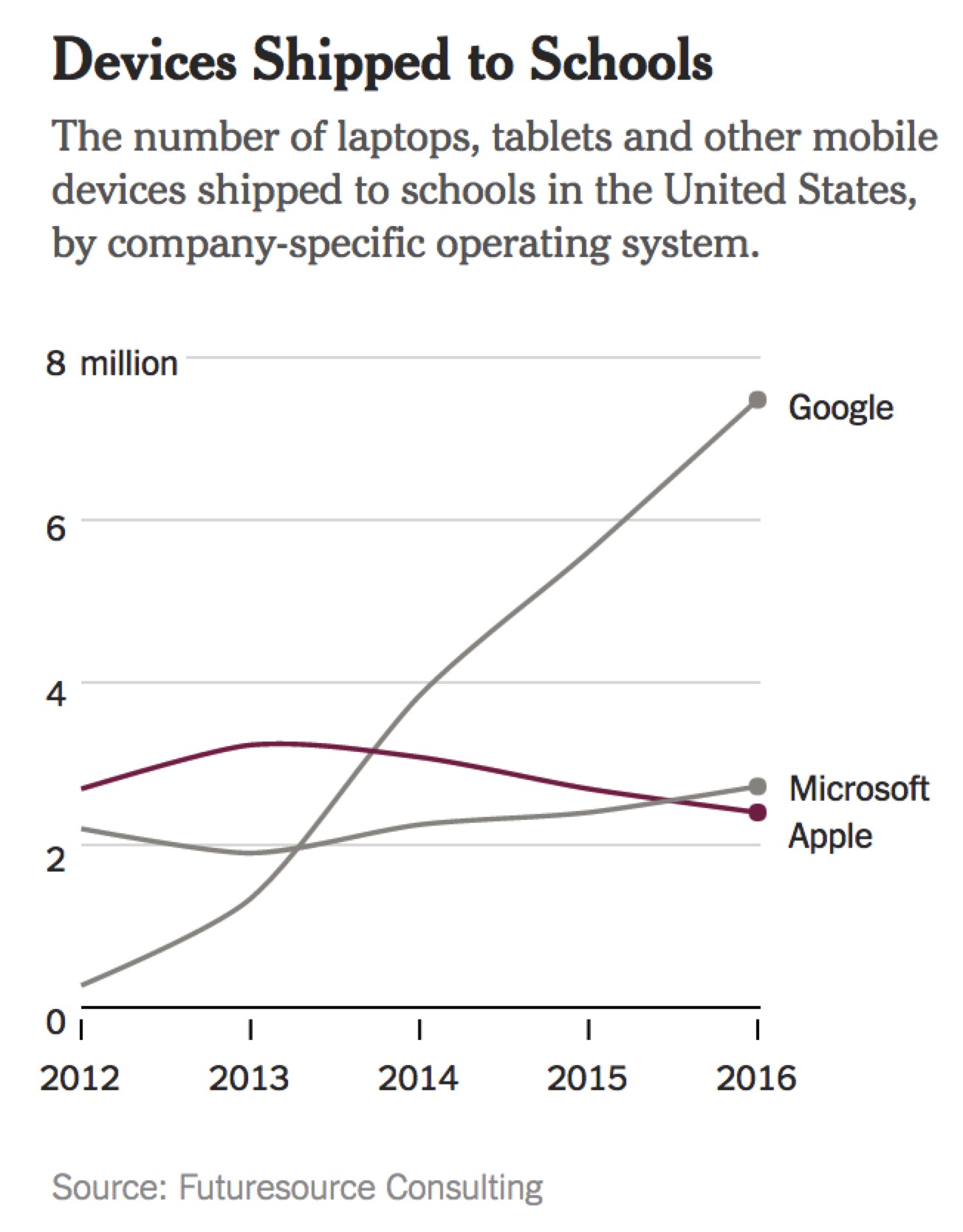 How Google Took Over the Classroom – The New York Times. Long, thorough, excellent article, pulled out some facts and figures to refer to later.

The tech giant is transforming public education with low-cost laptops and free apps. But schools may be giving Google more than they are getting.

Chicago Public Schools, the third-largest school district in the United States, with about 381,000 students, is at the forefront of a profound shift in American education: the Googlification of the classroom.

Today, more than half the nation’s primary- and secondary-school students — more than 30 million children — use Google education apps like Gmail and Docs, the company said. And Chromebooks, Google-powered laptops that initially struggled to find a purpose, are now a powerhouse in America’s schools. Today they account for more than half the mobile devices shipped to schools.

Google makes $30 per device by selling management services for the millions of Chromebooks that ship to schools.

In 2016, Chromebooks accounted for 58 percent of mobile devices shipped to primary and secondary schools in the United States, up from less than 1 percent in 2012, according to Futuresource Consulting, the research firm. Google does not make money directly from Chromebooks — which are manufactured by Samsung, Acer and other companies — but it does charge school districts a management service fee of $30 per device. Chicago Public Schools has spent about $33.5 million on 134,000 Chromebooks.

Today, about 15 million primary- and secondary-school students in the United States use Classroom, Google said.

Comments Off on How Google Took Over the Classroom @google #makerbusiness