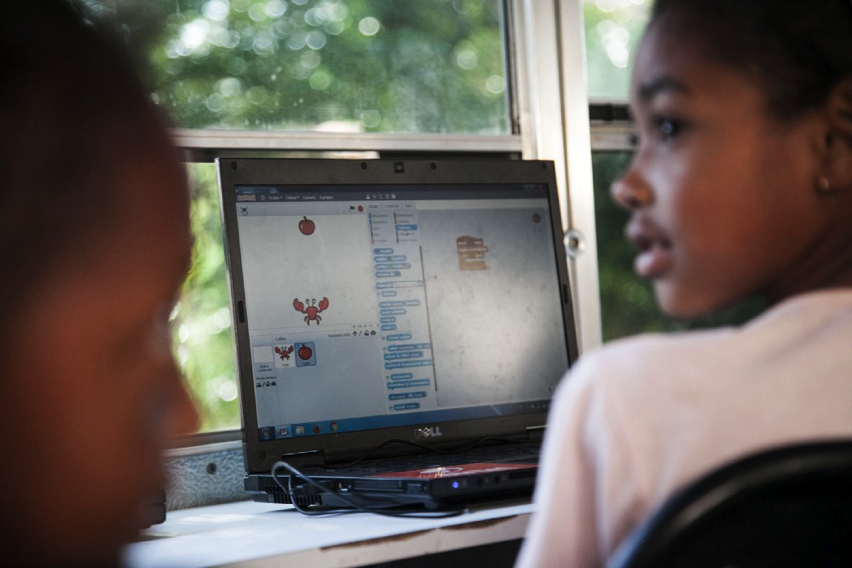 Last year, I went to Nigeria with Mark Zuckerberg. One of the first stops on the trip was a program that taught kids how to code. When Zuckerberg entered the room, many of the young students had a hard time pulling themselves away from their projects, even to gawk at one of the world’s richest men. Facebook’s founder instead came to them. “What are you making?” he’d ask. And they would proudly say, “A game!” or whatever it was, and begin showing him how it works. Zuckerberg would stop them. “Show me the code!” he’d say, because, well, he’s Zuckerberg, and any occasion is ripe for an ad hoc programming review. And that’s when the kid would click on a menu that toggled from the game to the LEGO-like building blocks of a Scratch program.

This happened several times, with kids ranging from ages 8 to 15. In every instance, the maker of a cool project could clearly show this famous visitor how he or she had methodically implemented a plan. Zuckerberg was clearly impressed. As we headed up the stairs to leave the building, Zuckerberg called out to me, “Scratch! Have you heard of this?”

Oh, yes I had. Though it was not yet released to the world when Zuckerberg left Harvard to launch his quirky little startup, Scratch (developed just a couple of T stops away) is quickly becoming the world’s most popular computer language for kids taking their first bite of programming. Last year, over 120 million people came to its site, and many of them built and shared projects, at a rate of a million a month. “It’s the gateway drug for Silicon Valley engineering,” says Fred Wilson of Union Square Ventures, a Scratch supporter.

But I also knew that Scratch, celebrating its 10th anniversary this month, was something more than training wheels. A product of the MIT Media Lab, Scratch is steeped in a complicated set of traditions—everything from educational philosophy to open source activism and the pursuit of artificial life. The underpinnings of this tool subtly, and sometimes not so subtly, convey a set of values through its use. So while those kids in Nigeria were hopping onto a stepping stone to a computer science career, they were also absorbing a very specific and in some ways quirky set of values that could be called hackerish, in the classic sense. These values include reverence of logic, an unshakeable belief in the power of collaboration, and a celebration of the psychic and tangible rewards of being a maker.