Can technology solve the 2,500-year-old problem of boredom in the classroom? #MakerEducation 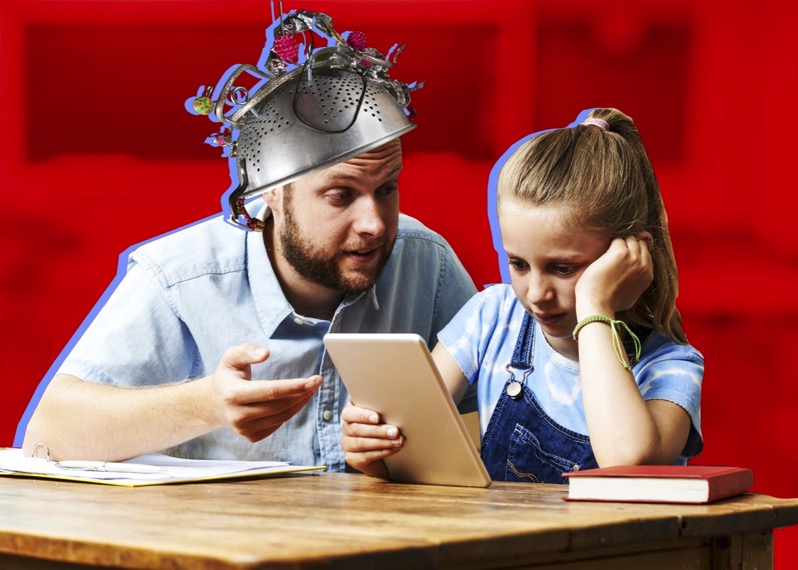 Using educational technology to harness boredom and in turn increase learning in the classroom? Who’da thunk it!

“… and it tells us if there’s an increase or decrease of oxygenation in that area of the brain,” Dr. Hasan Ayaz was saying, holding up what looked like a neoprene scuba hood covered in plastic nodes and protruding wires. It reminded me of Doc Brown’s mind-reading helmet in Back to the Future. I tried to picture Ayaz with bug eyes and his hair grown out to mad-scientist wildness, but he’s a real-life scientist in Drexel University’s biomedical engineering department, with a firm handshake, a neatly trimmed dark beard, and designer eyeglasses. And, as my mind wandered to movie scientists, he’d been talking in measured tones about how the space-age scuba hood in his hands—as well as an equally sci-fi node-covered headband connected to another monitor nearby—can show him whether its wearer is engaged or disengaged in what he or she is doing; if the wearer is really listening to a lecture, say, or if her thoughts have wandered off …

With a guilty start, I realized that while listening to a professor explain new technology designed to identify and avert student boredom, I had completely tuned out. Maybe I should have been wearing the headgear, called functional near-infrared spectroscopy (fNIRS to its friends). Ayaz proposes fNIRS as a uniquely modern solution to an ancient problem. Student engagement has been a concern almost since teaching began. Aristotle used to walk around with his students while he taught, keeping their restless bodies occupied in a West Wing–style pedagogy known as the Peripatetic school. Active as it was, his style still leaned on lecture and memorization, and this (minus Aristotle’s strolling) would be the preferred method of scholarship until the 17th century, when Czech education reformer John Amos Comenius wrote that learning should be “gamesome” in order to keep students with “flickering wits” from growing bored.

Comments Off on Can technology solve the 2,500-year-old problem of boredom in the classroom? #MakerEducation