Photos from the ‘Stronger Together’ Exhibition | #ArtTuesday

Stronger Together featured over 30 works by a multitude of artists and designers from various institutions and organizations throughout the boroughs, held at the Knockdown Center in Queens, NYC. The exhibition was just one of dozens of events and talks taking place as part of Creative Tech Week (taking place now through the 21st).

One of the first pieces you encountered was the augmented reality artwork of Carla Gannis, who had several works on display as well as a book that when scanned with a mobile phone could display augmented realities over her artworks in the books. 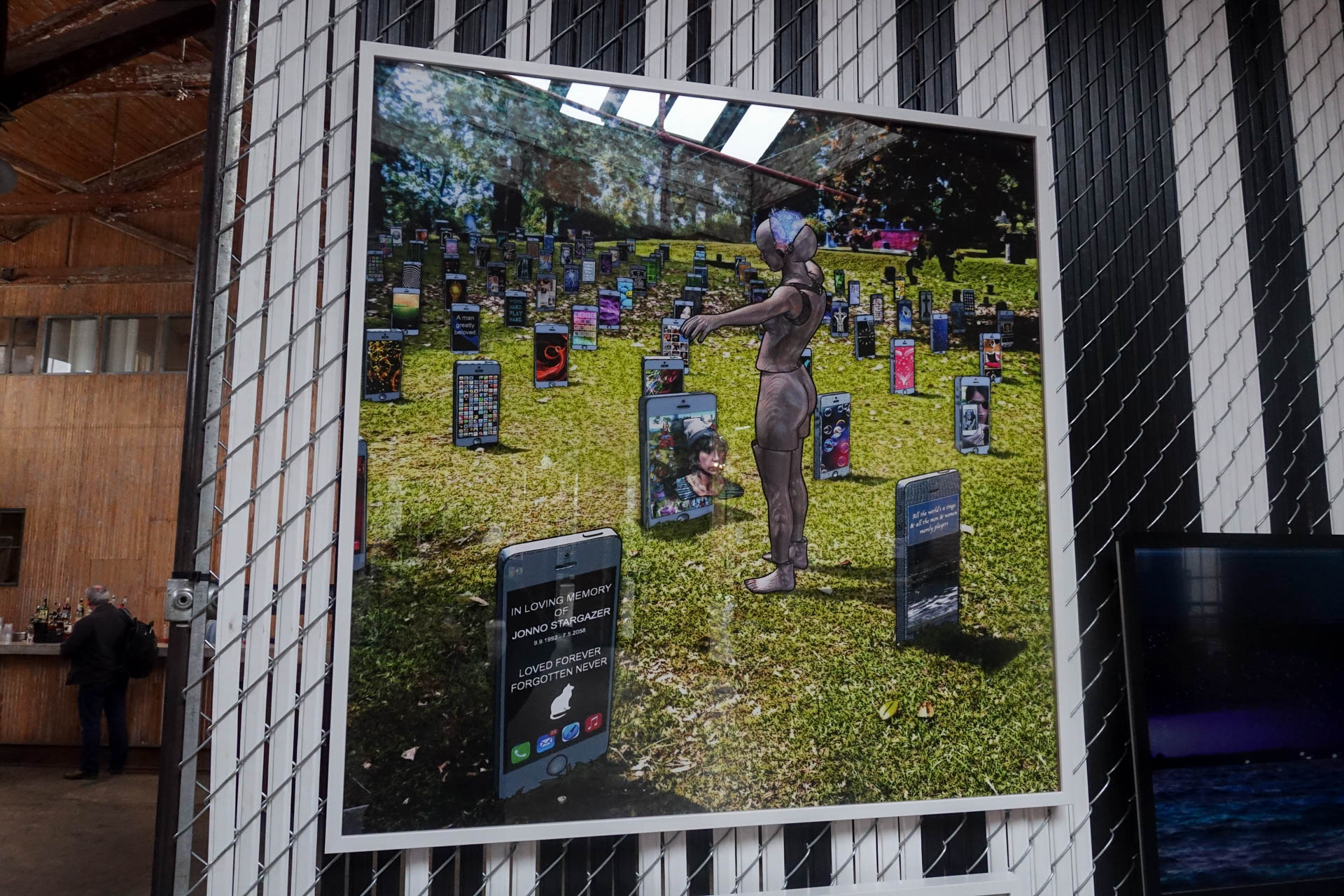 This sort of glitch-inspired piece hung from the ceiling and draped upon the floor, getting progressively more and more complex from top to bottom, like pixels going through a process of mitosis but mutating along the way: 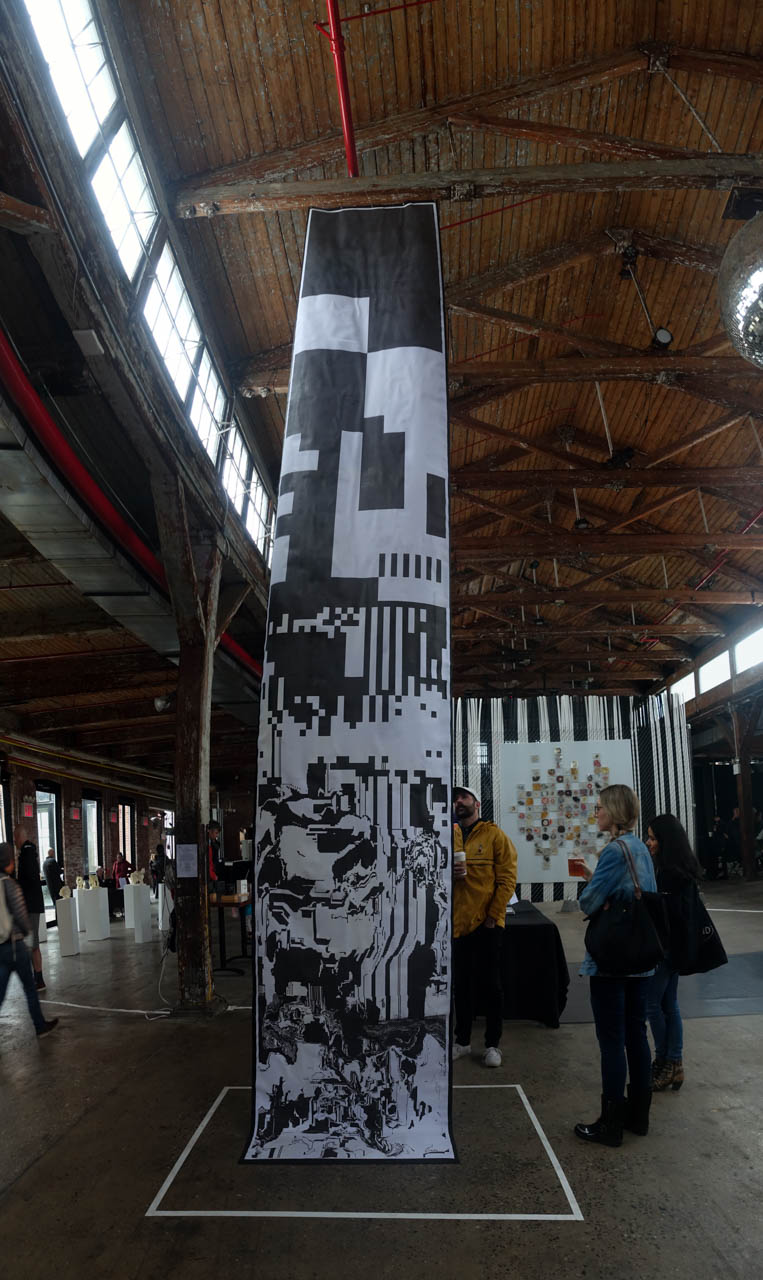 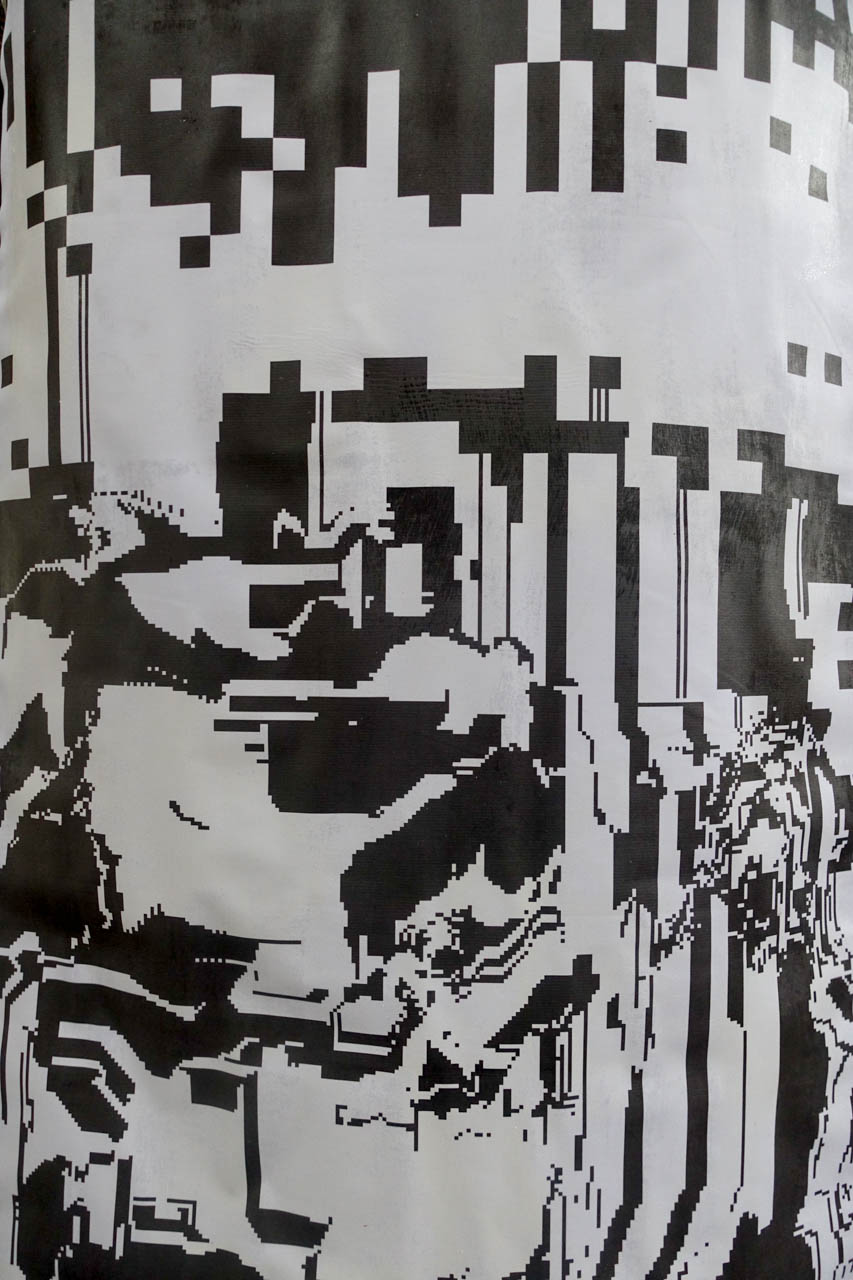 These ceramic slabs by Ursula Endlicher had little screens embedded underneath – their power source and brain (CPU) were discreet and hidden, and overall these were really well made and lovely to look at. Most of the images depicted were of things in nature, and most were moving or animated in some way: 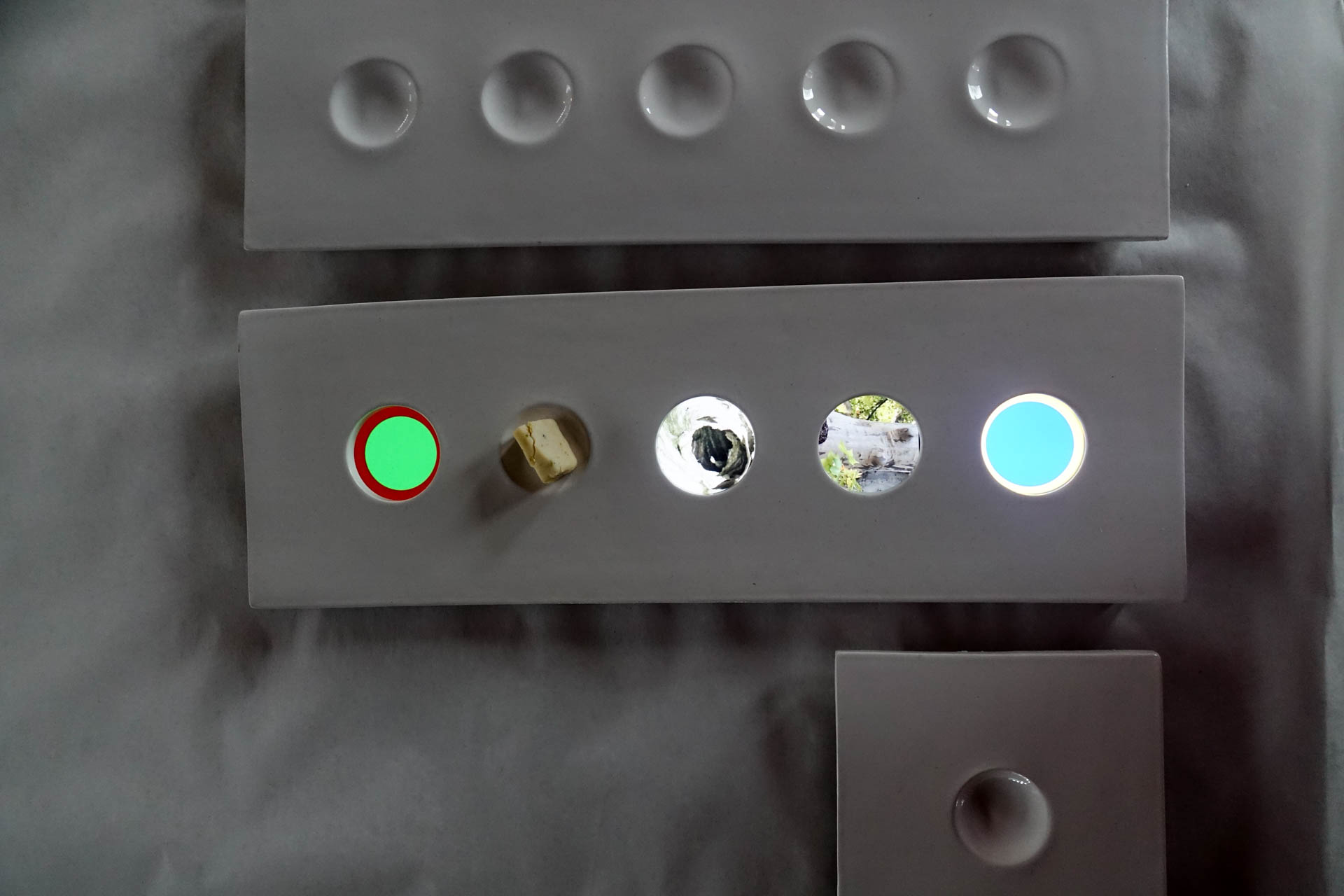 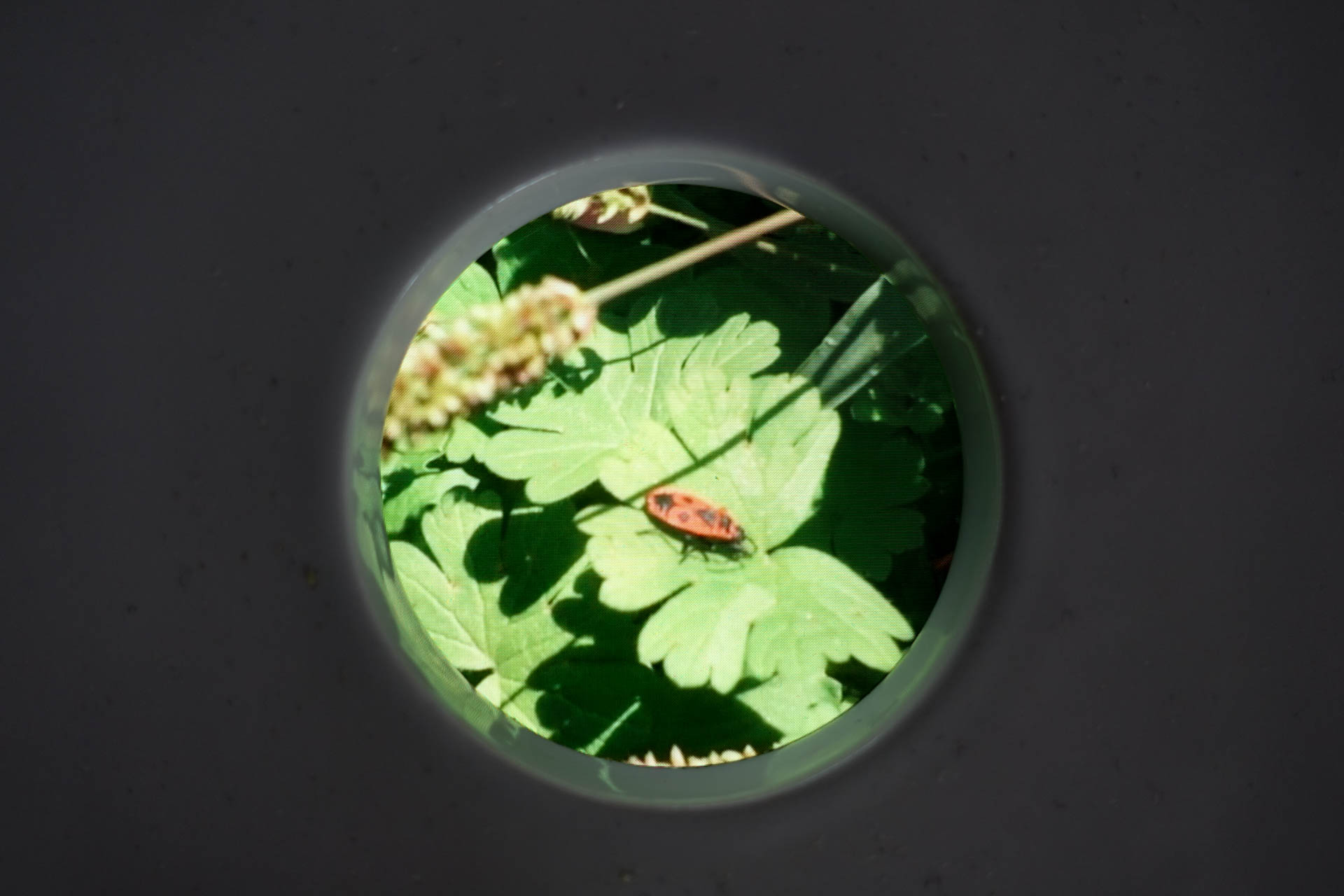 This cabinet by Christopher Manzione contained many 3D-printed geologic-esque wonders: 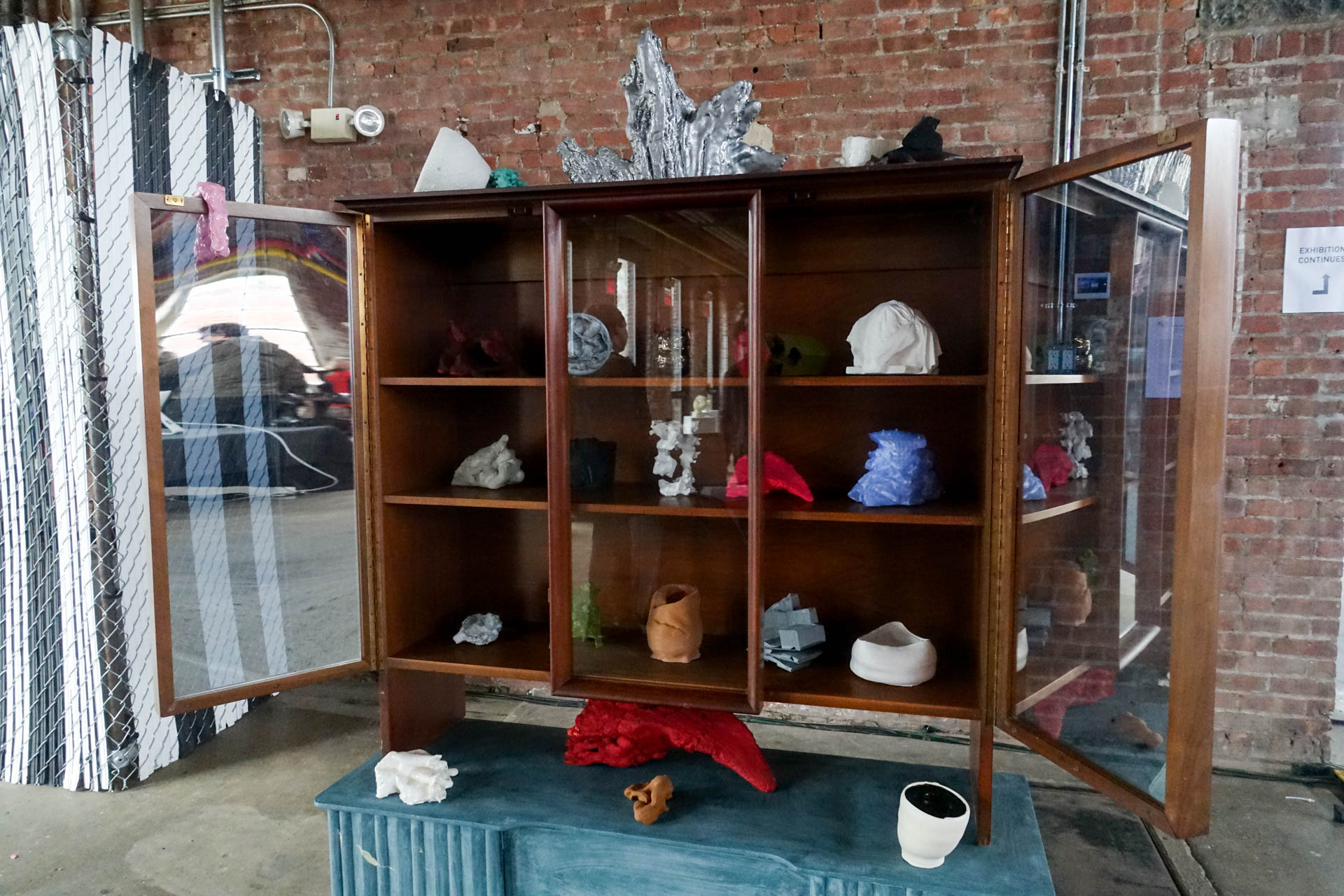 This project by Ricardo Miranda Zúñiga included a hammer-and-nail control board, so that by tapping on the nails with the hammer head you complete a circuit and visuals on the screen rotate or interrupt accordingly. The control was a bit intermittent and not every nail appeared to drive elements on the screen – but this could be as much “operator error” as design of the work: 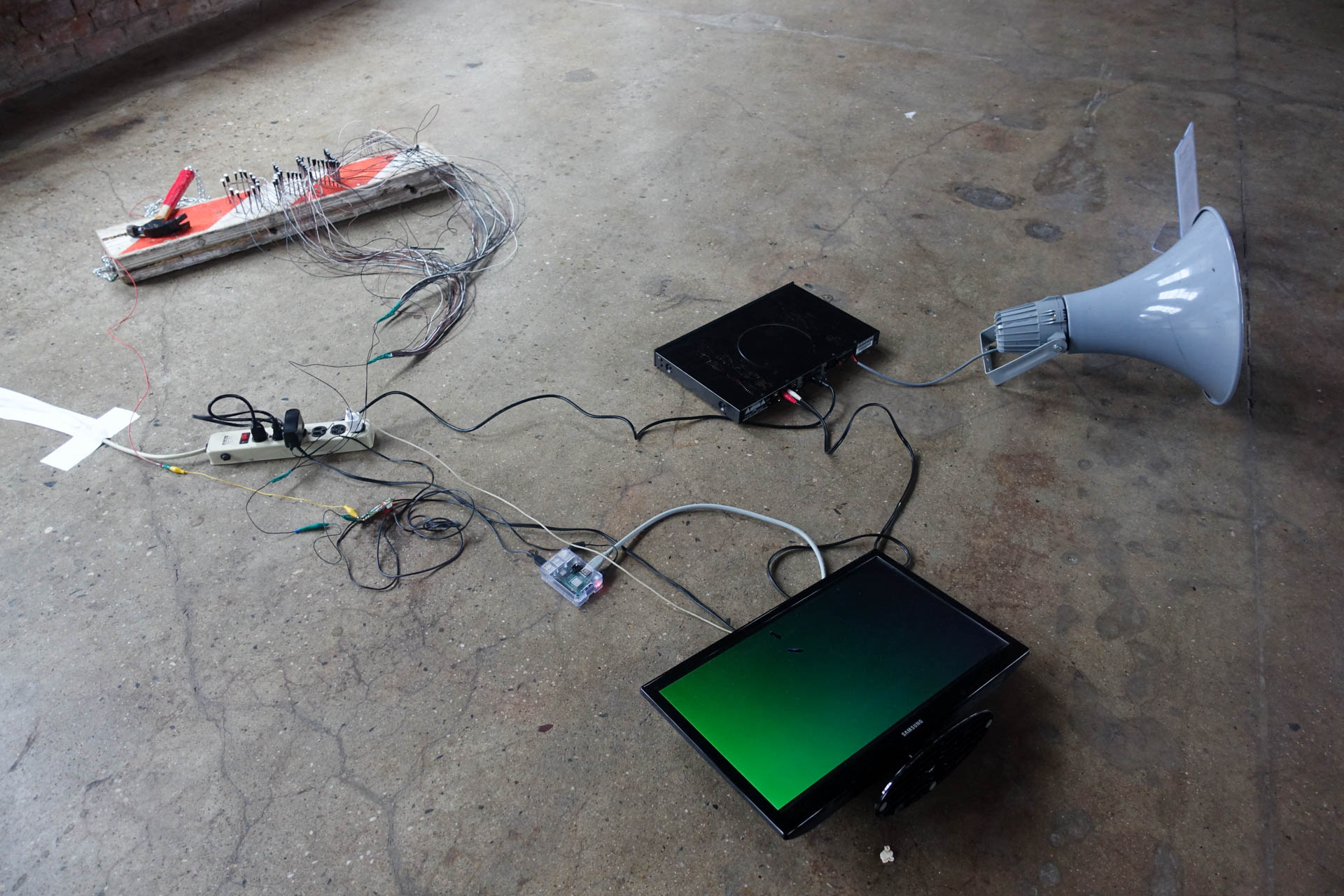 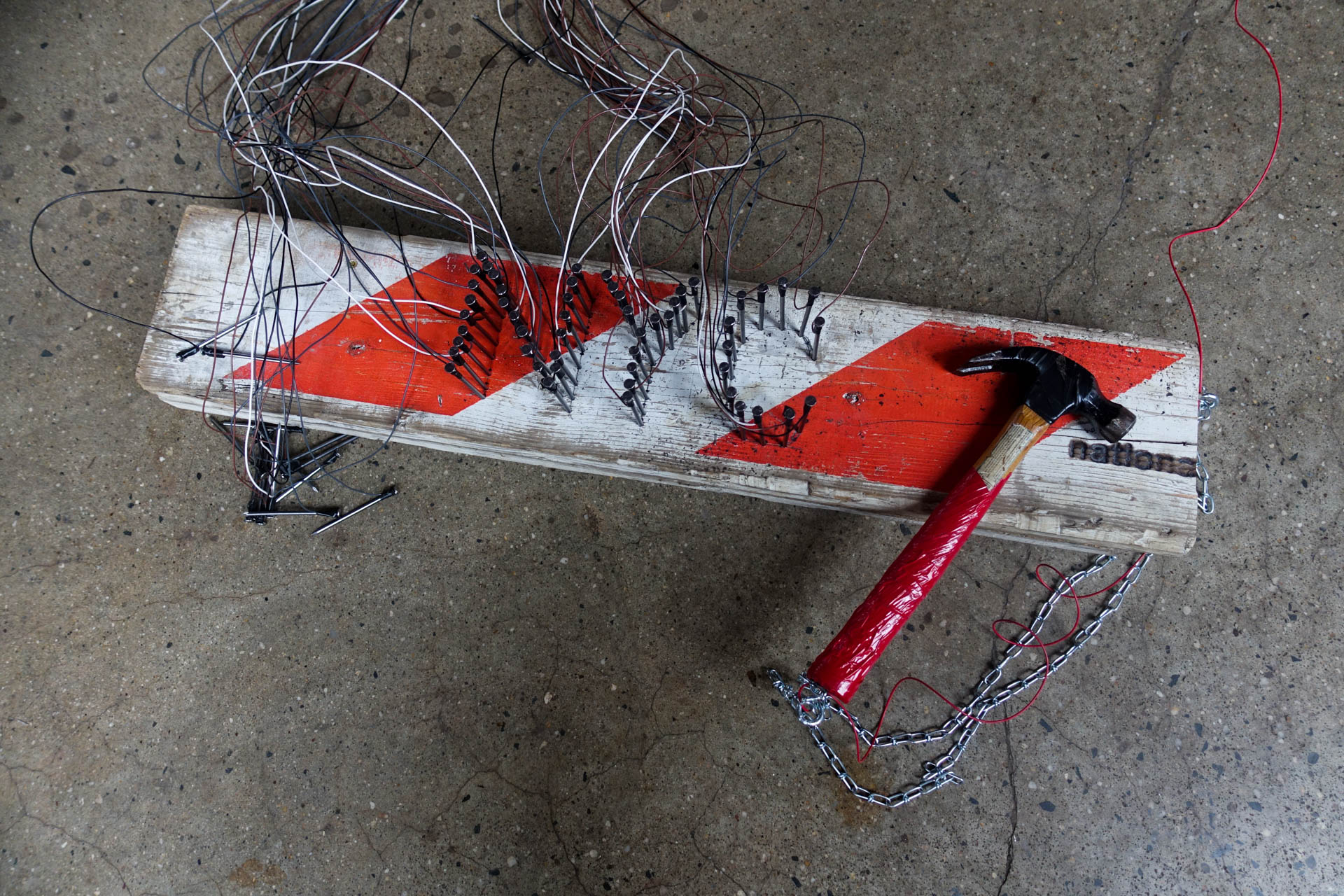 This work by Claudia Herbst-Tait is 3D-printed crystal, and depicts one half of opposing figures, ‘leaning in’ towards each other: 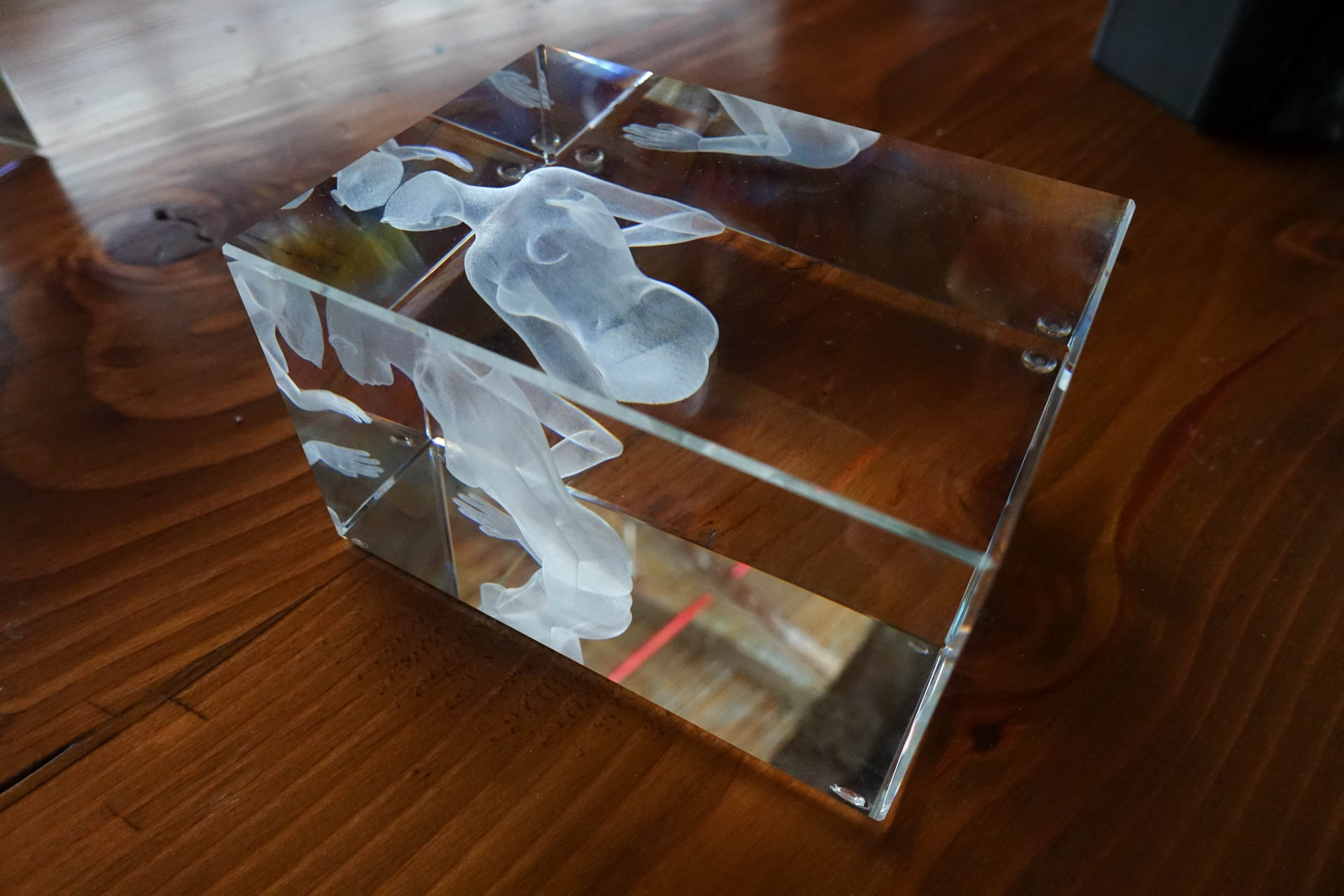 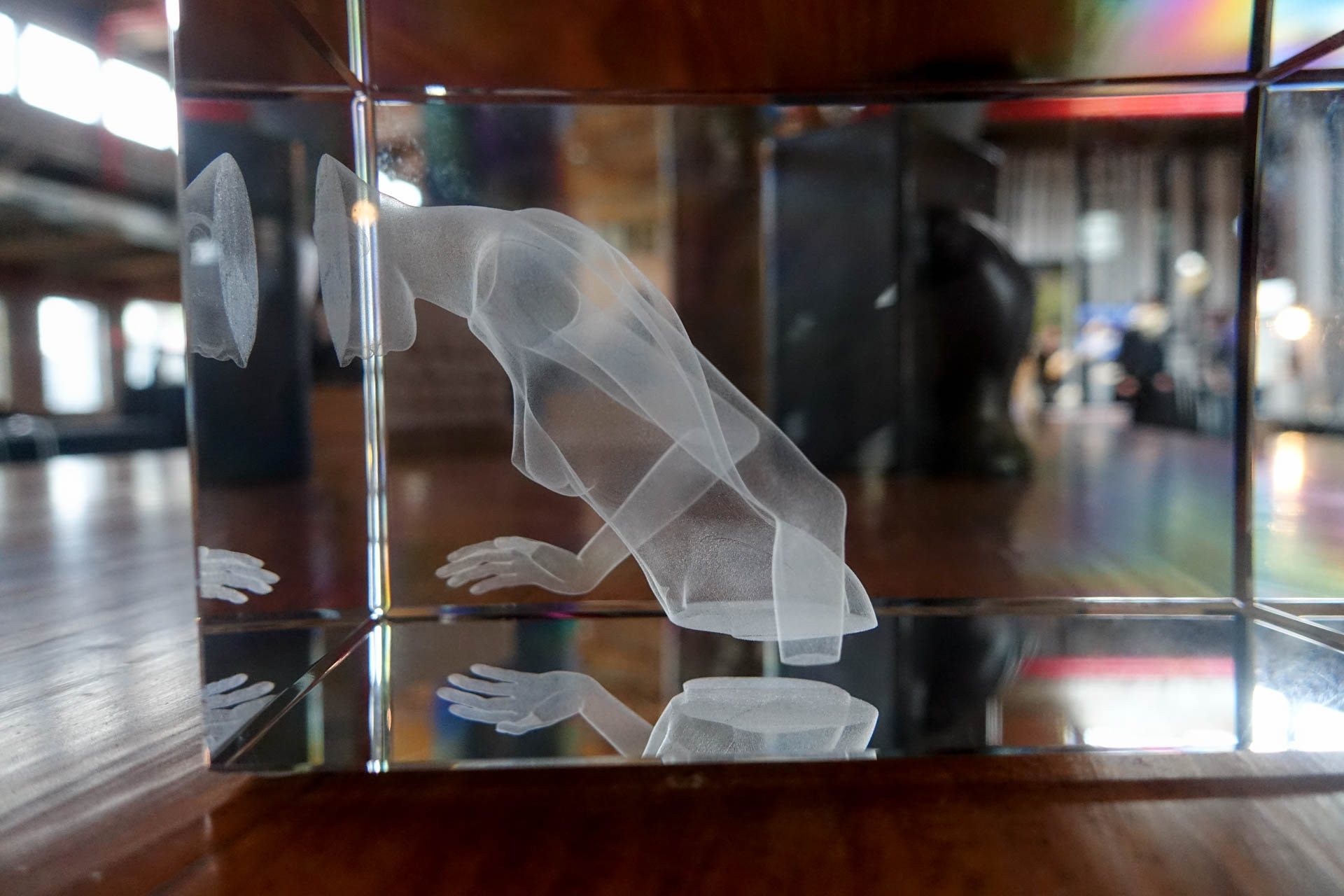 Several VR works were on display, including this one about capitalist theater that included novelty popcorn (not shown, but enjoyed!) for participants: 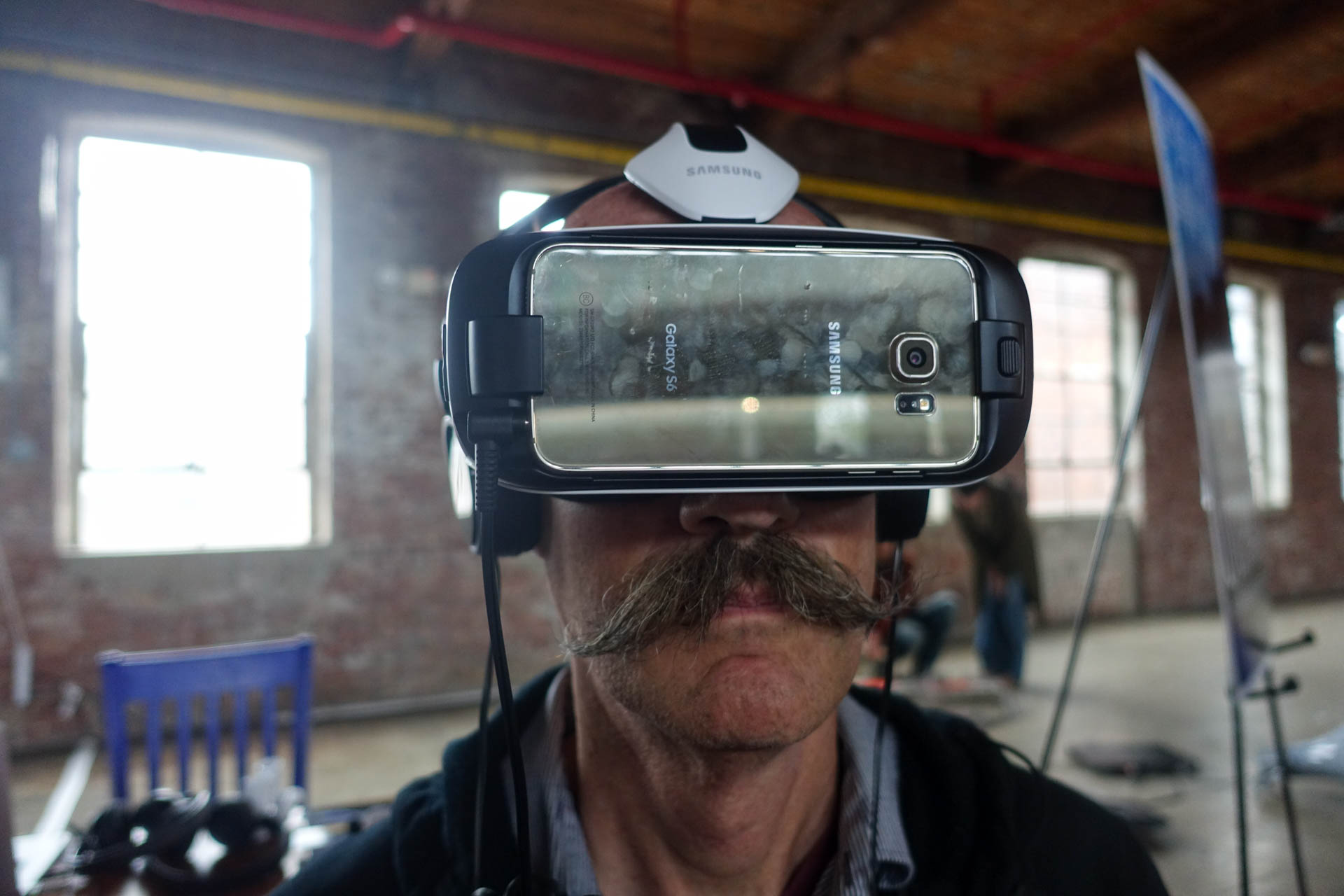 For me the highlight of the show was this ‘modified videogame console’ project by Benton C Bainbridge (of course!), called ‘Lisa Joy (W).’ Featuring an immaculate Vectrex console, the project reads, “The voltages generated by this analog system are patched into the horizontal, vertical, and brightness inputs of the vector display screen. Together, the synth and CRT form an instrument for generating electronic calligraphy. These instruments are manipulated in real-time to shape oscillating voltages into squiggly lines, sinuous shapes and jagged abstractions along with their synchronous sounds, by turns raw or soothing.” 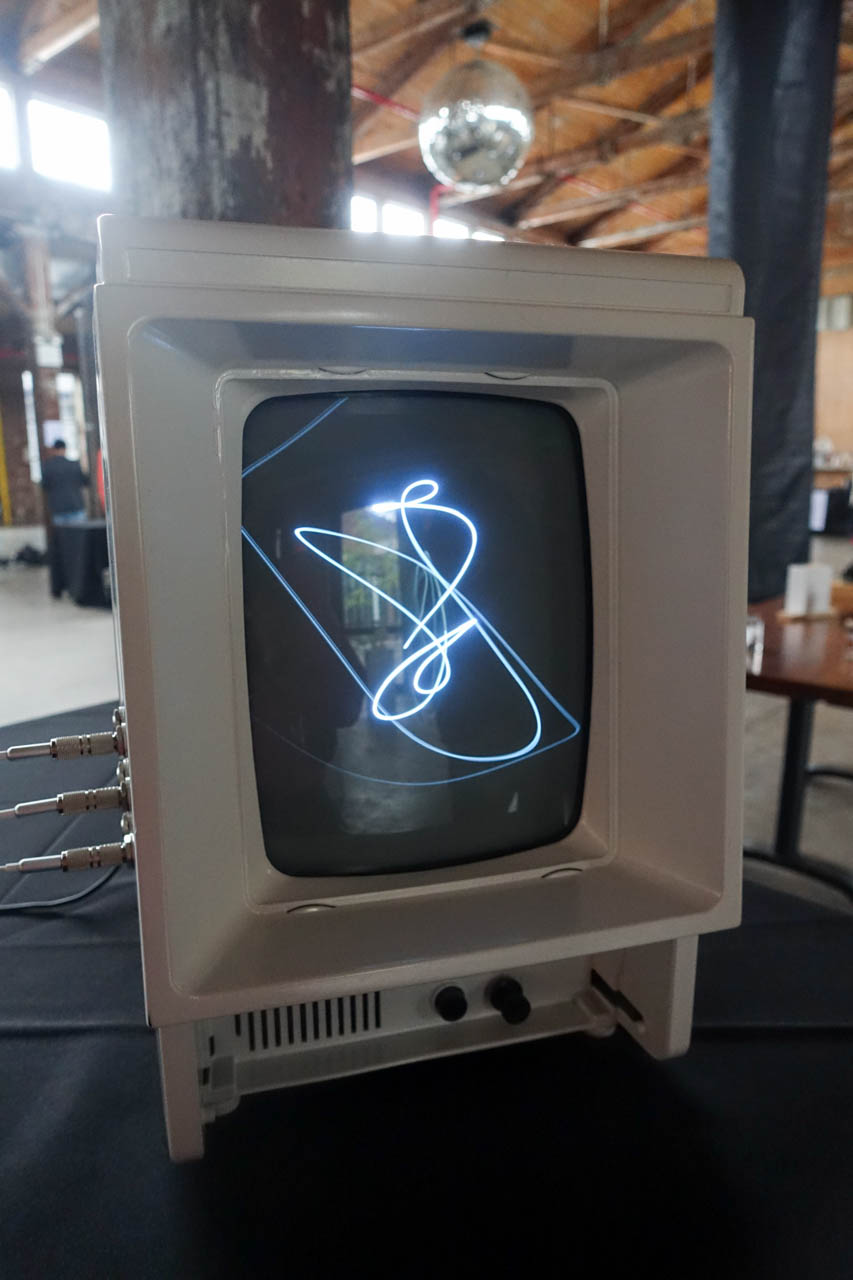 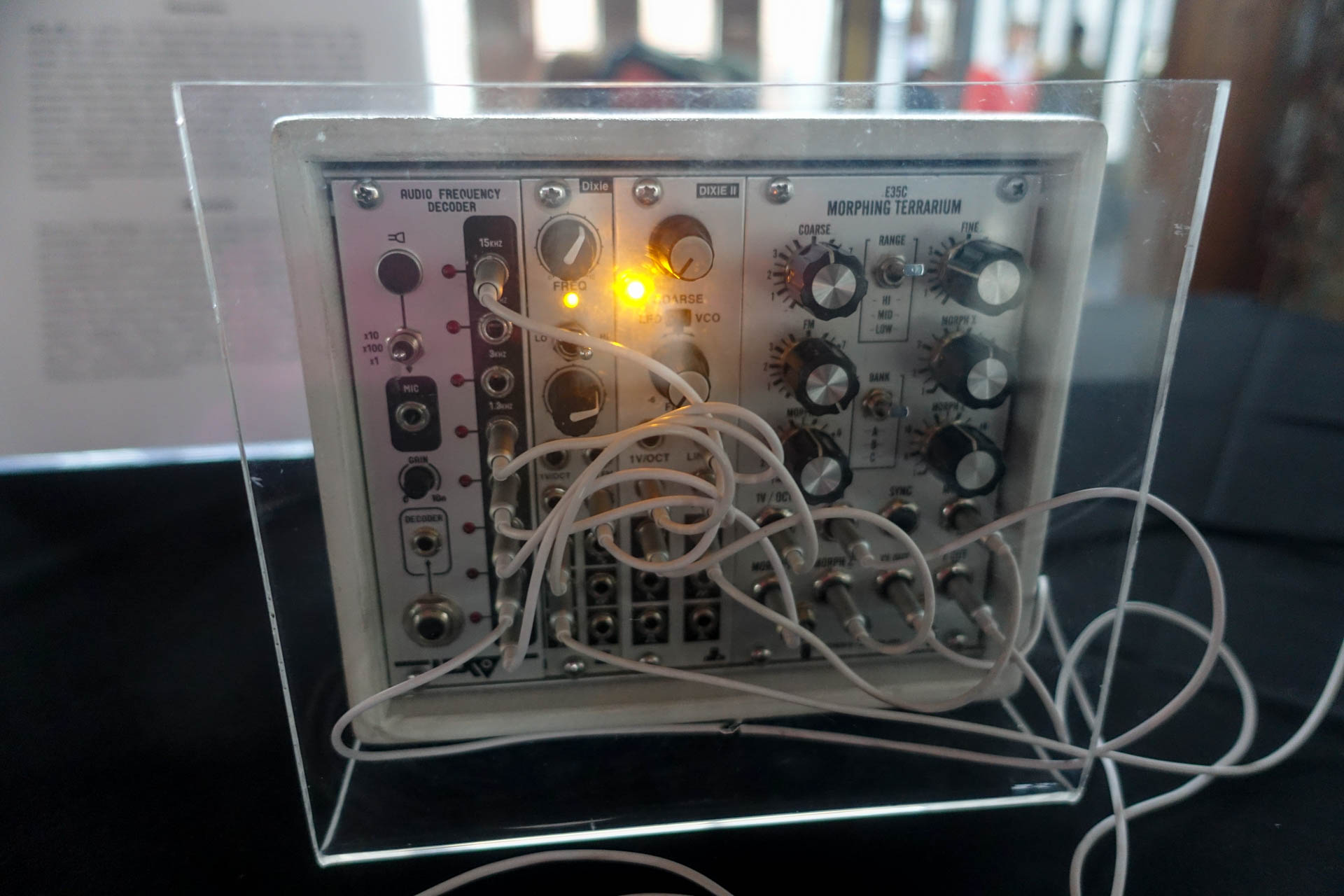 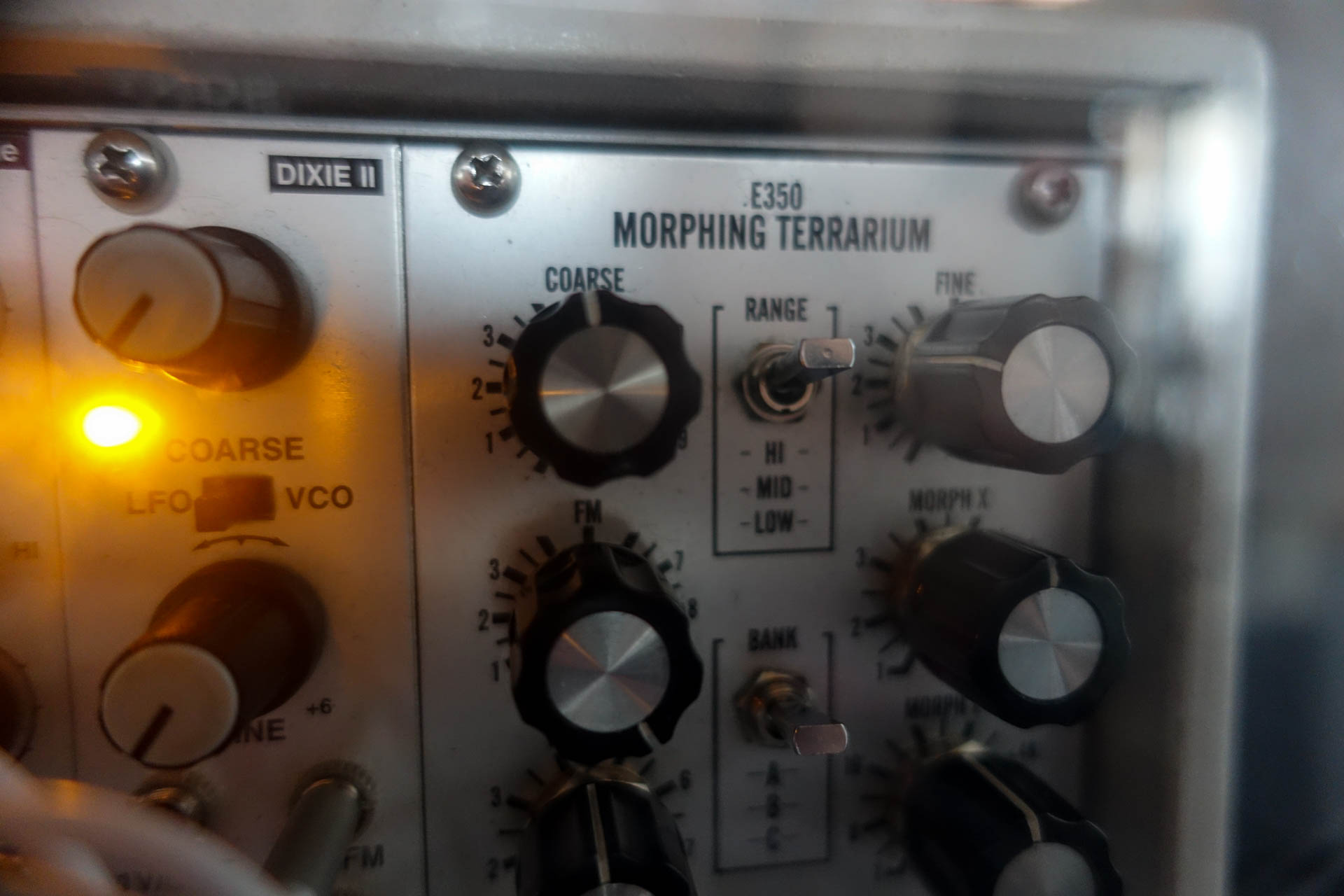 I don’t know if this was part of the exhibition or not, but in an adjacent space people were sitting around multiple round tables and learning about the Raspberry Pi and programming with Python, many for the first time ever: 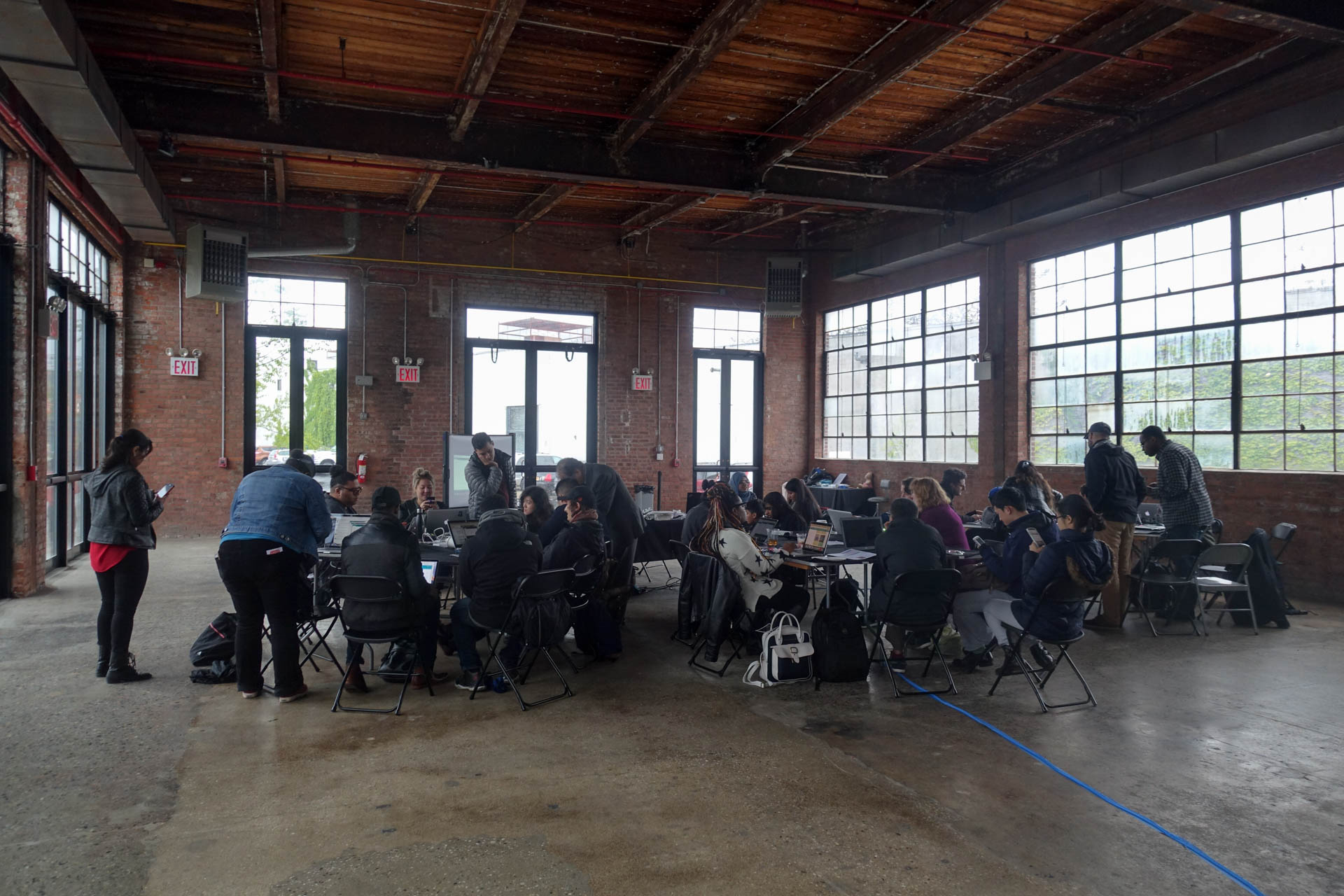 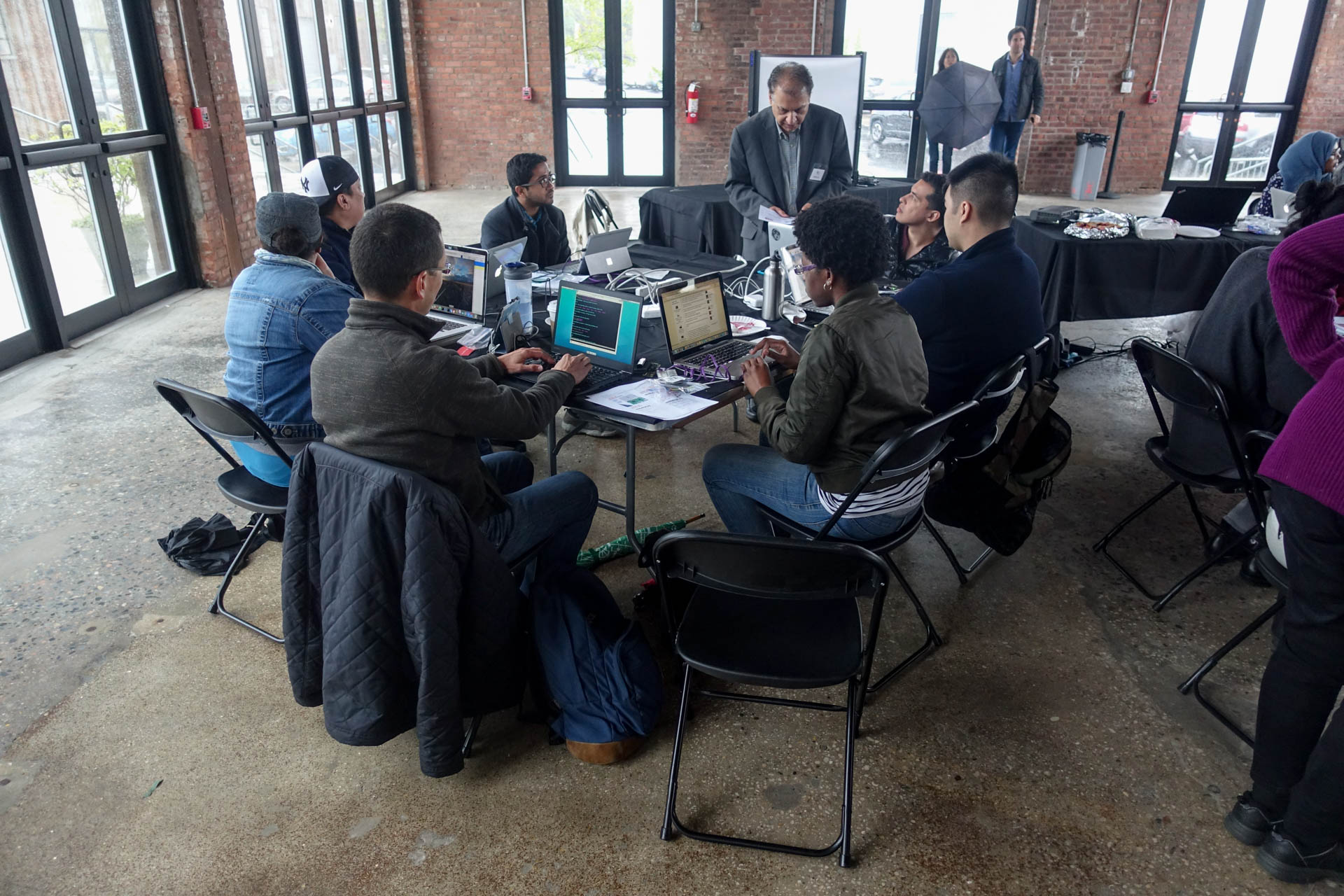 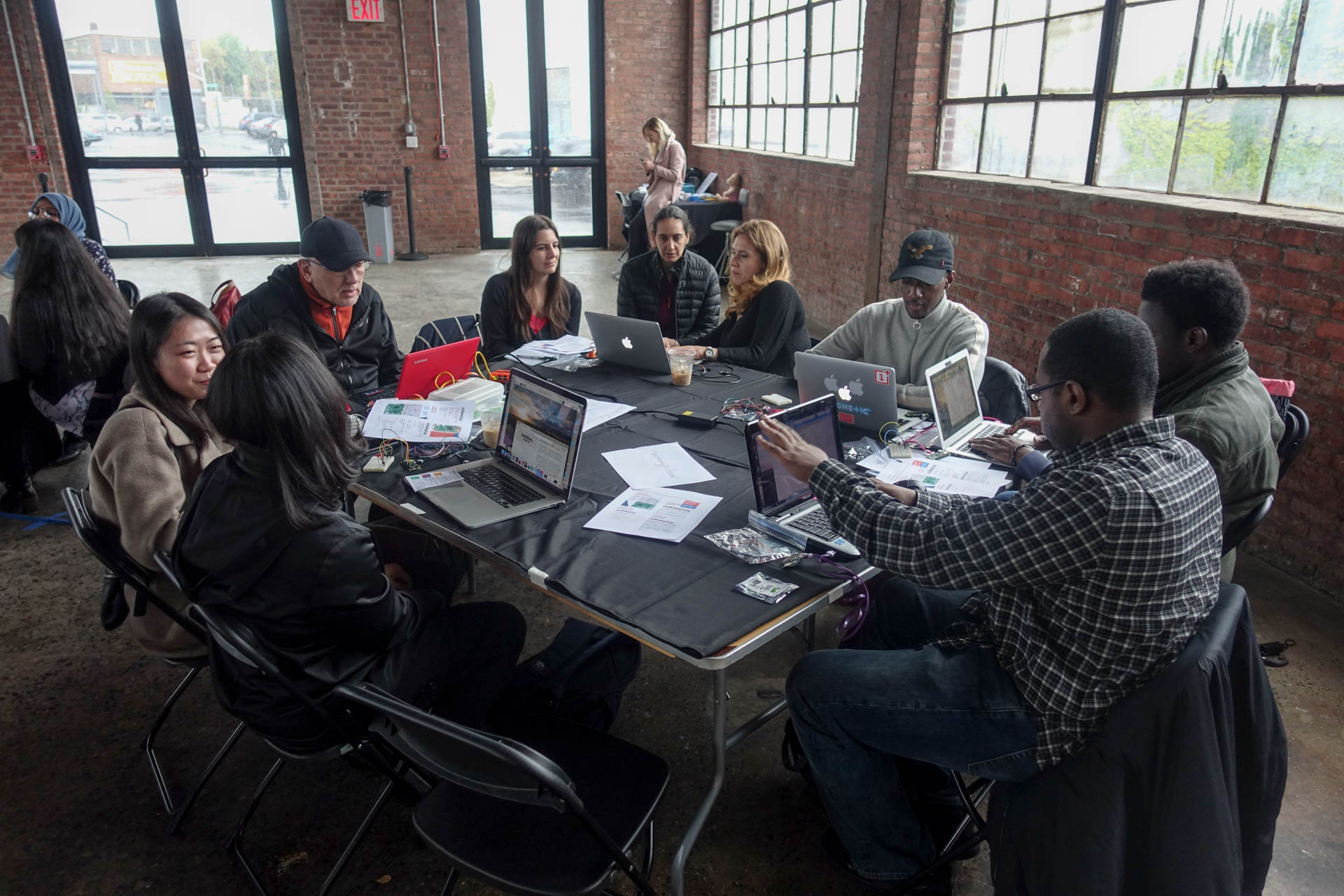 Comments Off on Photos from the ‘Stronger Together’ Exhibition | #ArtTuesday