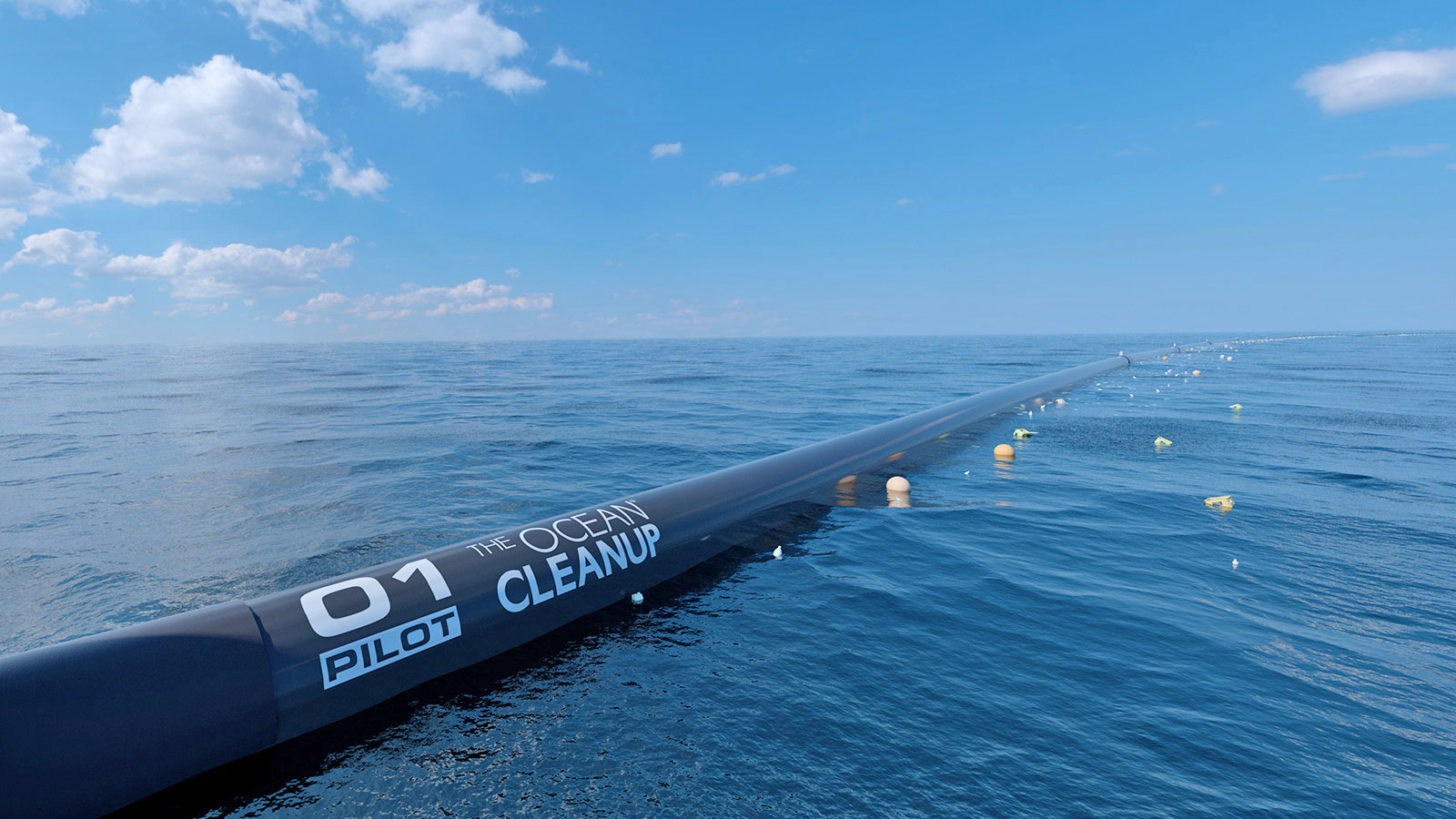 When the oceanographer Charles Moore first discovered the Great Pacific Garbage Patch–an area of the ocean where currents concentrate the plastic we throw into the ocean–in 1997, he was shocked by its magnitude and persistence. “It seemed unbelievable, but I never found a clear spot,” he wrote later in Natural History magazine. “In the week it took to cross the subtropical high, no matter what time of day I looked, plastic debris was floating everywhere: bottles, bottle caps, wrappers, fragments.” In the years since the plastic buildup has only worsened. In a recent article in the New York Times, Moore reported that the Patch, through a process of accretion, now contains “solid areas you could walk on.”

It’s, therefore, good news that a massive cleansing project is proceeding ahead of schedule. Boyan Slat, who first set out a vision of his Ocean Cleanup machine in a TED talk six years ago when he was just 17, today announced that he’ll begin hauling trash from the Patch in 2018. The news is vindication for the project, which has received plenty of TED-sized hype and millions of dollars in philanthropy, but which has also been criticized by some campaigners who say it’s sucked up resources and raised expectations to impossible-to-achieve levels.

Due to what he calls a “technological breakthrough,” Slat hopes the project will be cheaper and more effective than previously anticipated. Instead of removing 42% of the trash in the garbage patch over 10 years at a cost of $320 million, he now expects to collect 50% of total trash in just five years, and at a cost “significantly less” than $320 million.
Slat’s design involves massive booms that collect trash using the Pacific’s own currents. The booms act as an “artificial coastline” passively catching and then concentrating debris into the center, from where it’s offloaded to a boat that sweeps by periodically (probably once a month). The “breakthrough” is that Slat no longer thinks that the booms need to be grounded to the ocean floor. Rather, he plans to suspend the booms with large anchors that float in deeper water, so the booms shift around the ocean, though still more slowly than the trash at the surface. Research showed that tidal speeds are more than four times slower at depths a few hundred feet below and that the difference is sufficient to still get the accumulating effects that Slat envisaged with a fixed boom.