Neat project from MinxFox on Instructables!

Shine like a galaxy with this twinkling LED shirt that lights up when you move! This shirt sets the darkness ablaze with 19 LEDs and 8 different LED colors!

For this project I was inspired by another instructable – the Fiber Optic Dress. Instead of using fiber optics though, I wanted to use RGB LEDs. I was also inspired by the Leidy’s Comb Jelly because this particular jellyfish lights up similar to a rainbow LED strip. I wanted that rainbow quality, but I wanted it to be even more organic looking and not have all the lights in one straight line or grid pattern. I decided that I wanted to buy my LEDs from Adafruit and after a little researching on their site, I came across their wonderful wearable projects. They have a LED light up skirt project and it was this project that I took a lot of my knowledge from. I have noticed that most LED clothing are dresses and skirts. I did not see an LED shirt so I wanted to create a shirt because it didn’t seem like something that was as common.

I have been wanting to create some sort of ‘wearable art’ or unique clothing for a while now and so throughout the creation of this light shirt I have been very excited and motivated. Sewing all 3 connections down all 19 LEDs was lots of work. I spent at least two whole days sewing all the connections, but I was taking my time to be sure everything would work properly.

Despite my careful sewing, I did have some bad connection issues and after freaking out a little about having issues after all that time put into sewing, I calmed down and was able to easily fix my problems. The bad connectivity was my biggest hurdle and really it wasn’t anything that bad. I made a few silly mistakes along the way as well, but there was nothing I wasn’t able to easily fix or catch.

While I found many helpful tutorials for this project, I started losing track with which tutorial said what so when I had to reference a certain step to make sure I did it correctly it took some hunting to find the exact tutorial that mentioned that step. So while my project may be similar to other LED wearable projects, I hope that this will be a good comprehensive guide so that you do not have to go all over the place to find all of the information and I also hope that I answer some questions or show some images that other tutorials have failed to mention or show. 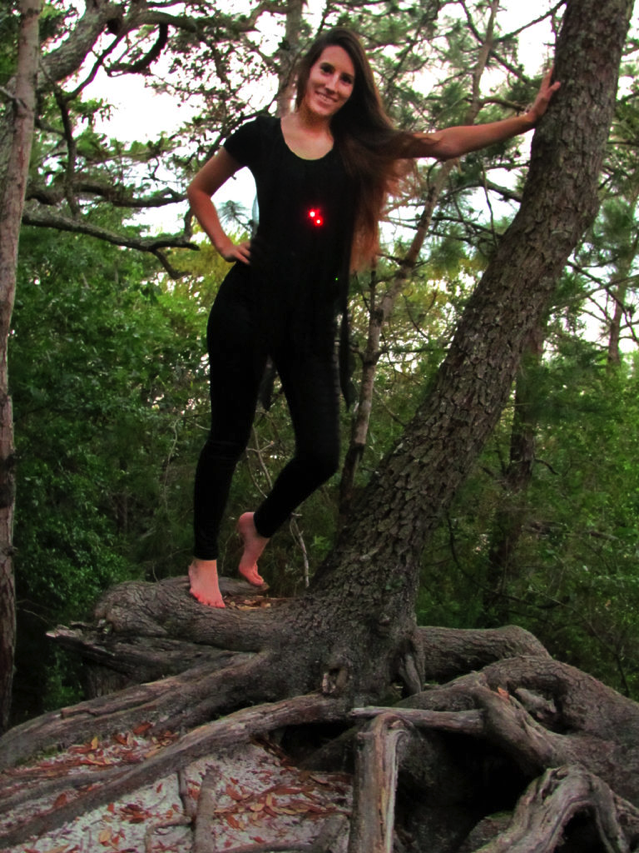 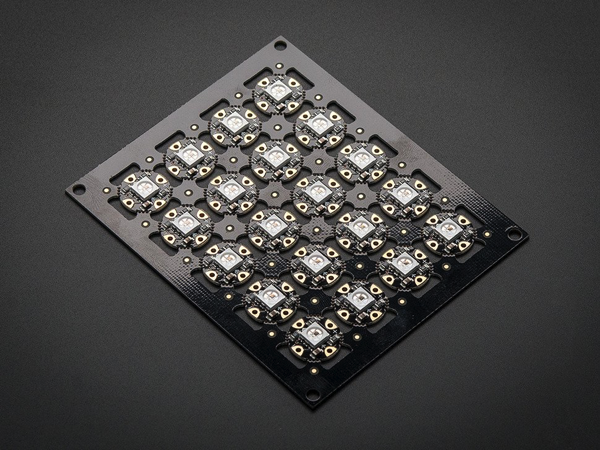 Comments Off on Motion Activated LED Shirt Made with Flora #WearableWednesday