Below are two videos – one a recent short doc and the other a 55-year-old “General Electric Picture” production – that revolve around the story of the Whittle engine, named after Frank Whittle, the inventor of the turbojet engine. The first video looks at Joseph Sorota, one of the American “Hush-Hush Boys,” those at G.E. tasked with improving Frank Whittle’s design for use in World War II. The second video is a classic G.E. video that tells the story of how ‘the first American jet engine Was born inside a power plant.’ Both great videos – both fascinating bits of history. 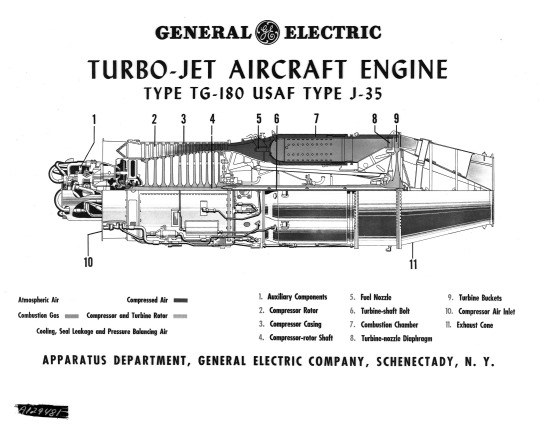 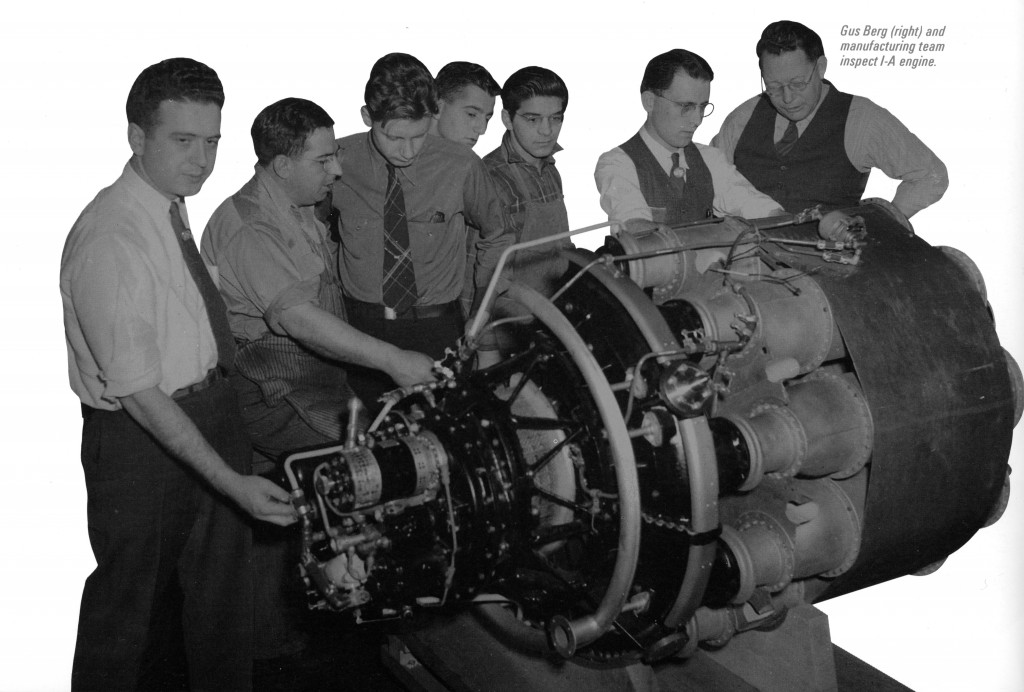 The year was 1941. World War II was raging in Europe and nightly Nazi raids were ravaging English cities. A group of GE engineers in Lynn, Mass., received a top secret present from His Majesty King George VI of England. Inside the plain wooden crate was an engineering gem, the first jet engine successfully built and flown by the Allies. Their job was to improve on it and bring it to mass production.

There were more than a thousand people working on the project, but few of them knew what they were making. One of them was Joseph Sorota, 96, who became part of the inner circle as employee No. 5. This is his story.

And here’s a video from 1952 that retells – complete with World War II-era stock footage and old-timey animations – “the jet story” of the development of the Whittle engine from secret project to revolutionizing the aircraft industry:

From the GE Film Catalog: “The fastest ten years in aviation history are documented here as this motion picture follows the development by General Electric of the first American-produced jet engine. Humor, drama, suspense and historic airplane shots give this film a wide audience appeal. Every group will be interested in this thrilling story of the jet engine and the planes it powers. You will see actual test films of America’s first jet flight, of the first carrier- based jets and of record-smashing dashes at Muroc.

This is the story behind the headlines featuring the men who planned and built the jet, as well as the men and planes that are writing today’s news stories in the sky.”