Science Celebrities: Where Are the Women? #WomenInSTEM 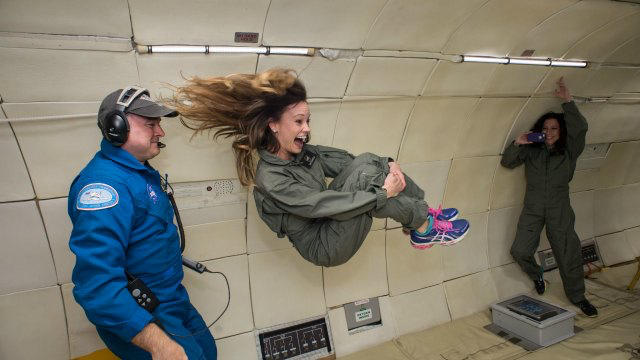 At the end of April, Netflix released the latest program to tap into the nostalgia of its largely millennial user base: Bill Nye Saves the World. Even before his new show aired, Nye had cemented his membership in a fraternity of science communicators that neatly package science for popular consumption. These days you don’t have to be a hard-core nerd to recognize of the names and faces of Neil deGrasse Tyson, David Attenborough, or Brian Greene. The thing is, there’s one conspicuous characteristic shared by each one of these household-name science celebrities. They’re all men.

According to Emily Calandrelli, host of the Fox show Xploration Outer Space and correspondent on Bill Nye Saves the World, “when I go into interviews to be on TV shows, it’s never to be the host of a show,” she said. She only landed the job at Fox because her executive producer specifically sought out a woman. “I got really lucky.”

Calandrelli represents an exceptionally small group of female science celebrities on television. And while there has been little indication this is bound to change dramatically, a number of women are paving their own way. That means casting aside the expectations that their success will hinge on how pretty they are or if their show has a male co-star. And it also means gaining sizeable followings using the democratizing force of other non-televised traditional outlets to make themselves into a household names.

Comments Off on Science Celebrities: Where Are the Women? #WomenInSTEM