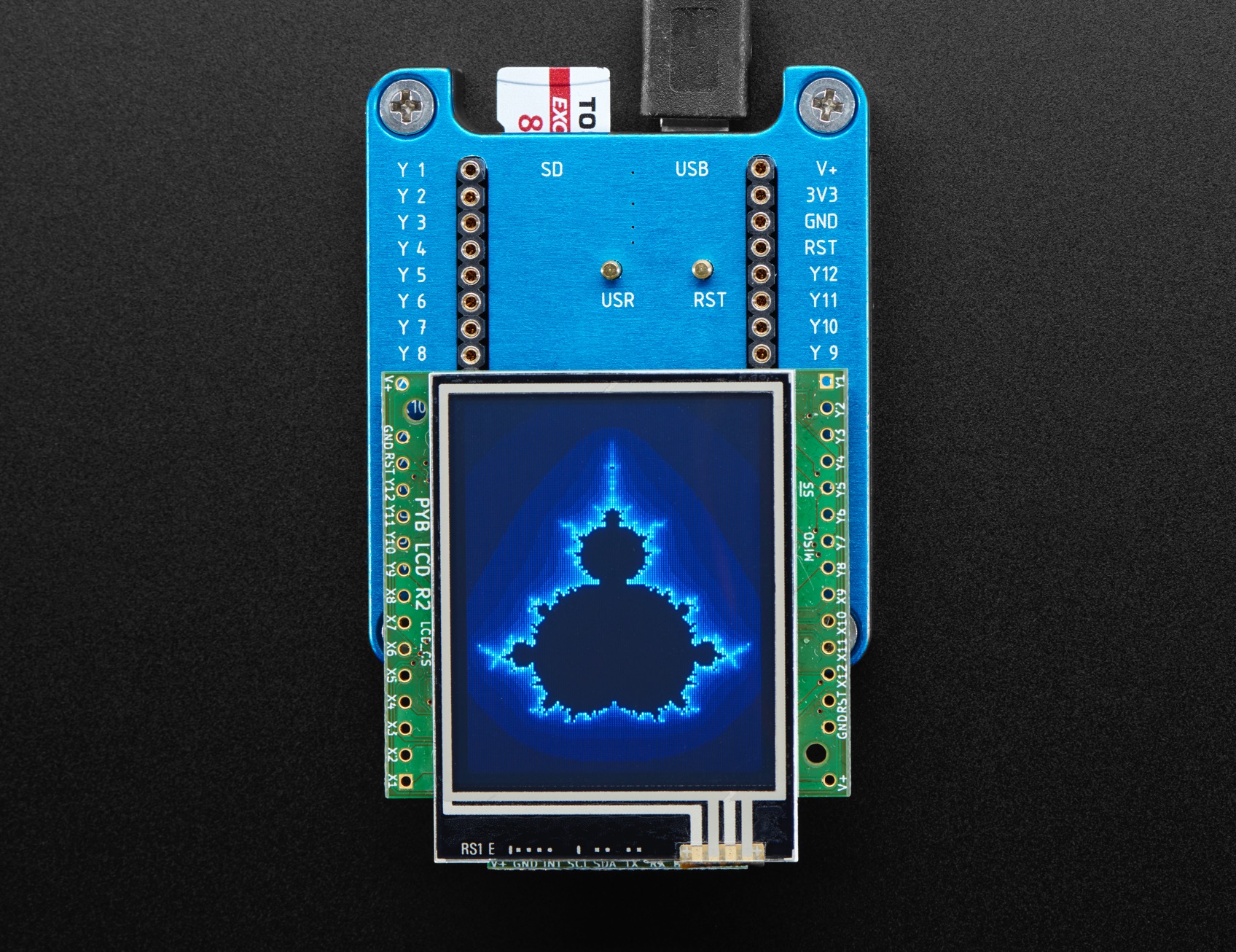 We’ve got four new MicroPython products on our shelves that are ready for some Maker consumption!

First up is the MicroPython pyboard Lite v1.0 with Accelerometer: 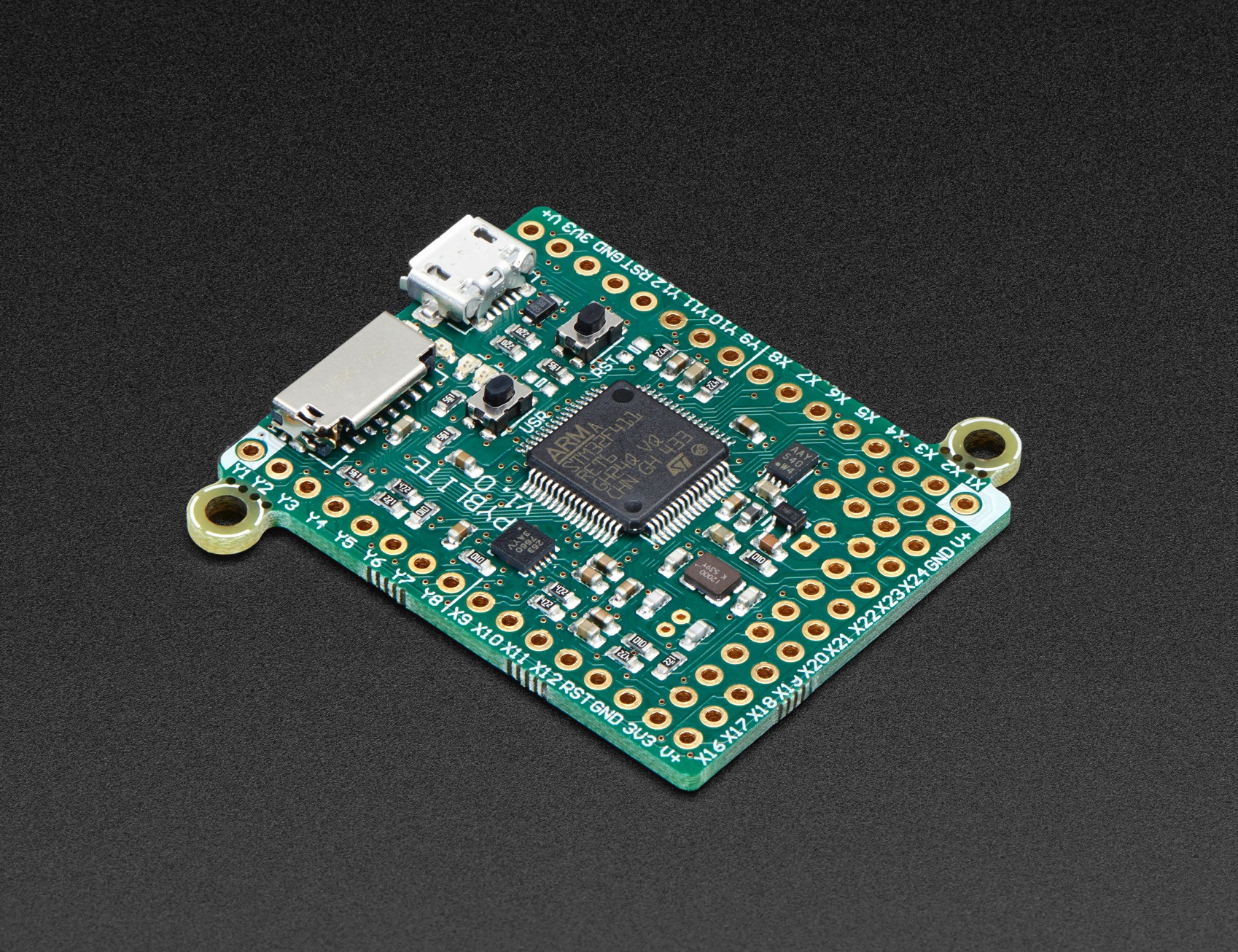 The pyboard Lite is a compact and powerful electronics development board that runs MicroPython. It connects to your PC over USB, giving you a USB flash drive to save your Python scripts, and a serial Python prompt (a REPL) for instant programming. Requires a micro USB cable, and will work with Windows, Mac and Linux.

This is the Lite version of pyboard, which comes with a STM32F411RE instead of the original STM32F405RG. It runs at 96MHz, the original pyboard runs at 168MHz. It also has half the FLASH (512KB instead of 1MB) and less RAM (128 KB instead of 192 KB), only one ADC (multiplexed to 16 bins) and no DAC. That means its a less expensive, but also slightly less powerful board.

MicroPython is a complete re-write of the Python (version 3.4) programming language so that it fits and runs on a microcontroller. It includes many optimizations so that it runs efficiently and uses very little RAM.

MicroPython runs bare-metal on the pyboard, and essentially gives you a Python operating system. The built-in pyb module contains functions and classes to control the peripherals available on the board, such as UART, I2C, SPI, ADC and DAC. Watch this video for an overview of the pyboard.

There are 3 main ways to control the pyboard: 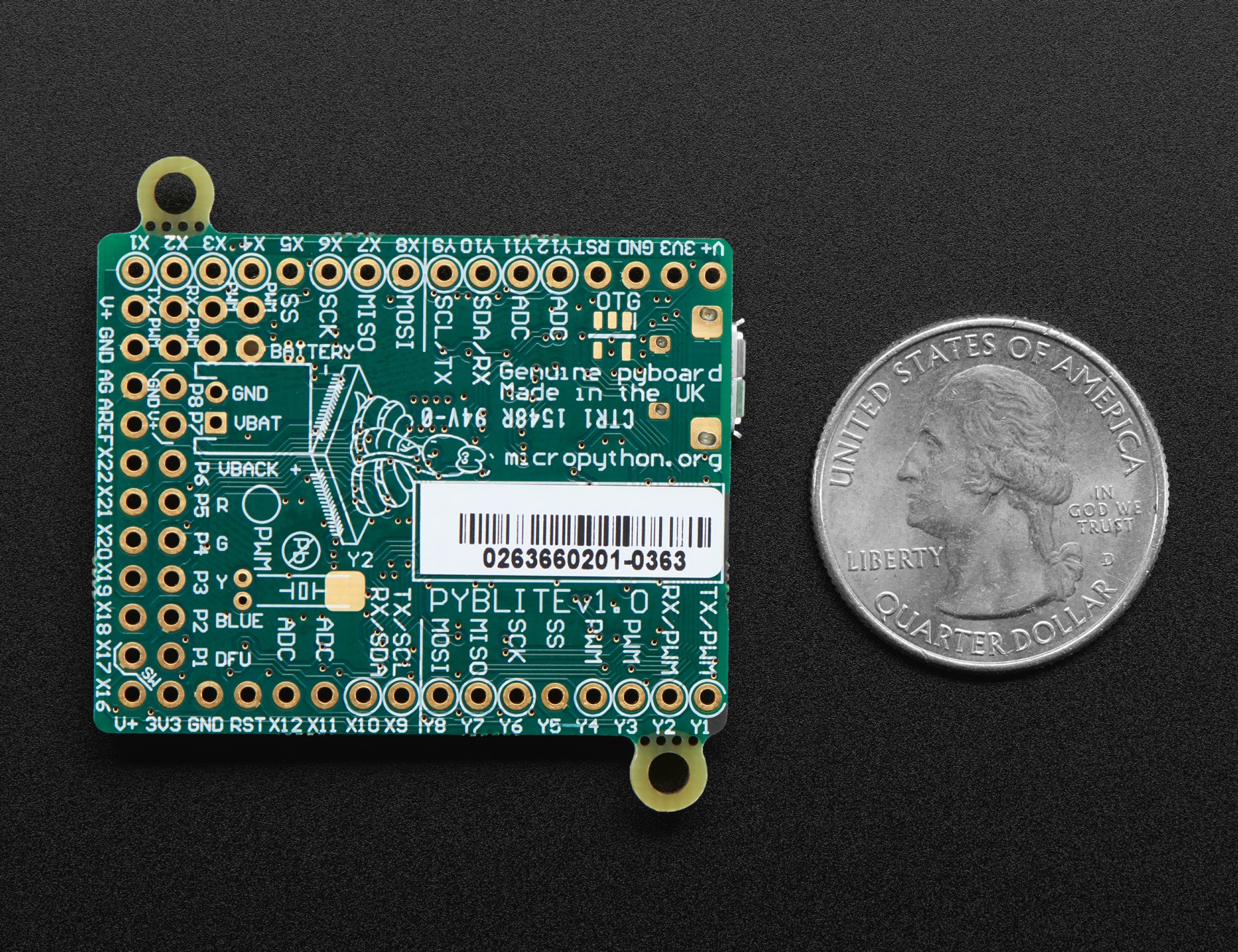 Main features of the hardware:

The two mounting tabs on the pyboard have perforations so that you can snap them off cleanly if needed.

See the feature table for a detailed list of the features of the board, and a comparison to the other pyboards. The schematics are available as well.

This pyboard comes in an ESD (anti-static) bag. Headers not included, but you can get them here.

Click here for references, schematics, and more documentation on the MicroPython. 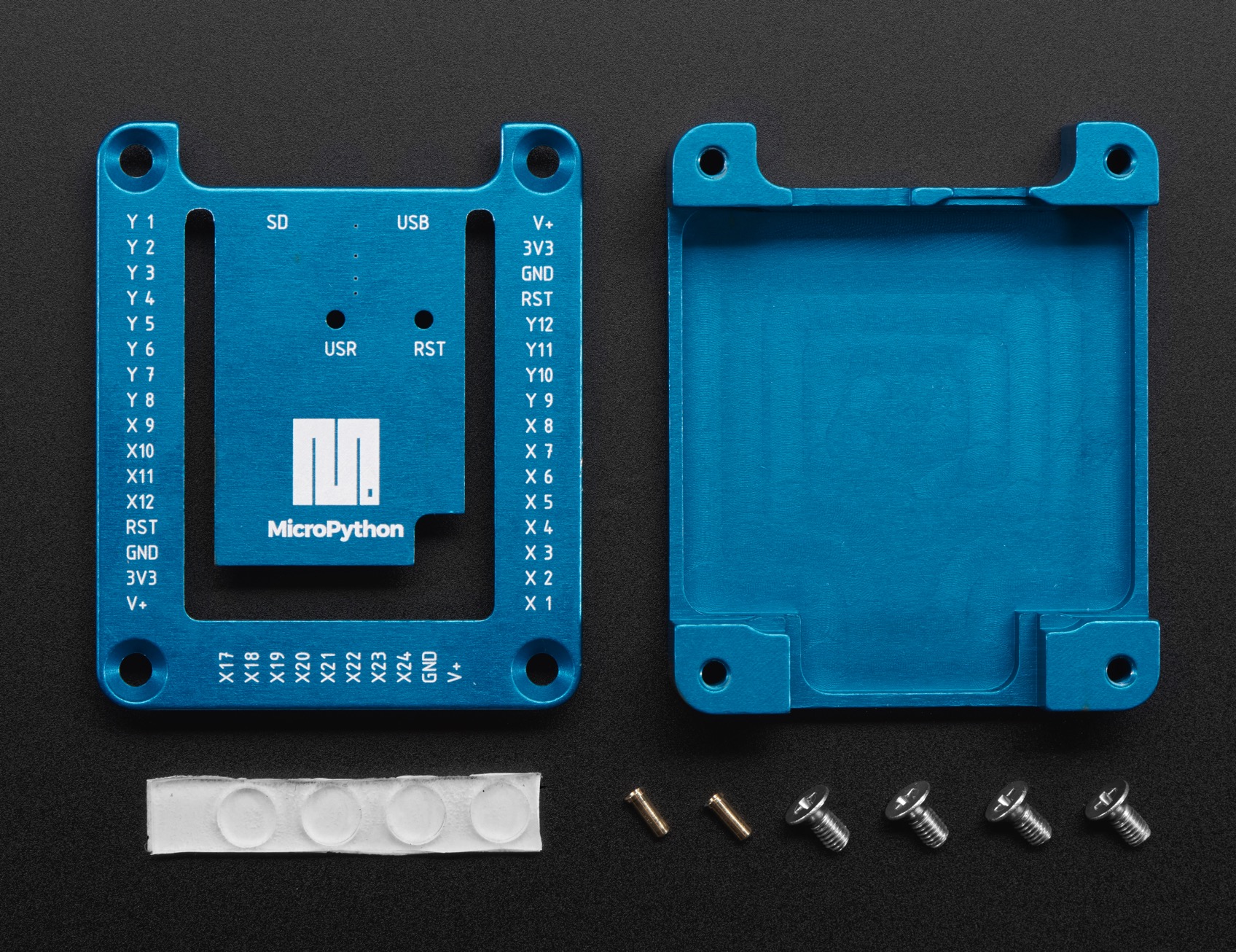 The pyboard housing is a beautiful and robust enclosure for all versions of the pyboard. It is made out of machined aluminum which is then anodized to give it gorgeous light blue color, and laser-engraved to add labels. This variation has an open lid to allow access to female header pins on the top of the pyboard, so its perfect for hacking!

If you have a pyboard with female header pins soldered in, you can buy this housing for it and all the functionality of the pyboard will still be available. On the upper end of the housing it is possible to plug in an SD-card and a micro-USB cable.

In addition to the engraving on the top of the housing there are four small holes to show the LEDs of the enclosed pyboard. The two switches RST and USR are accessible via two tactile buttons that you put into the lid before closing the housing with the four supplied screws. On the bottom there are four rubber feet to make sure the housing sits safely on your desk. 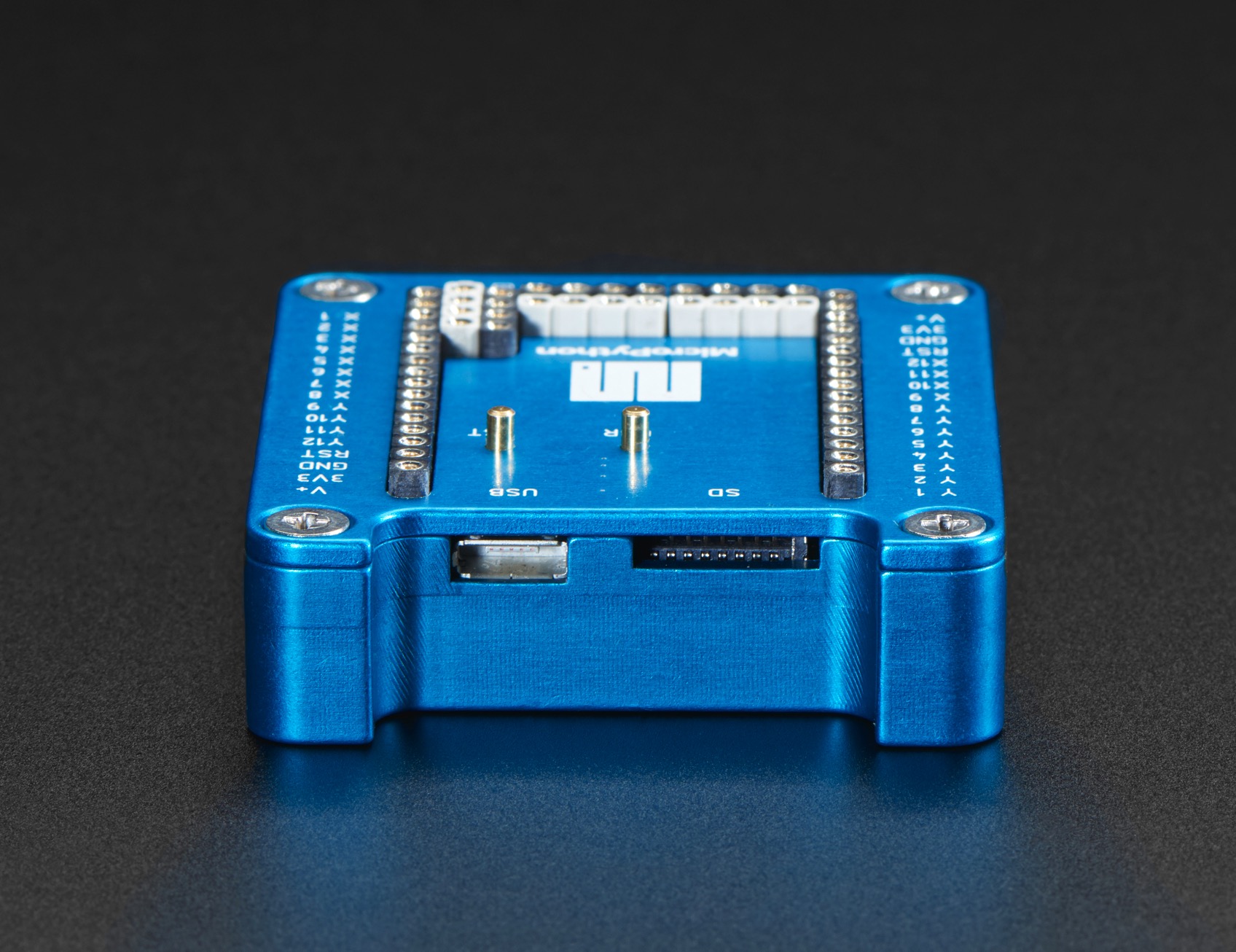 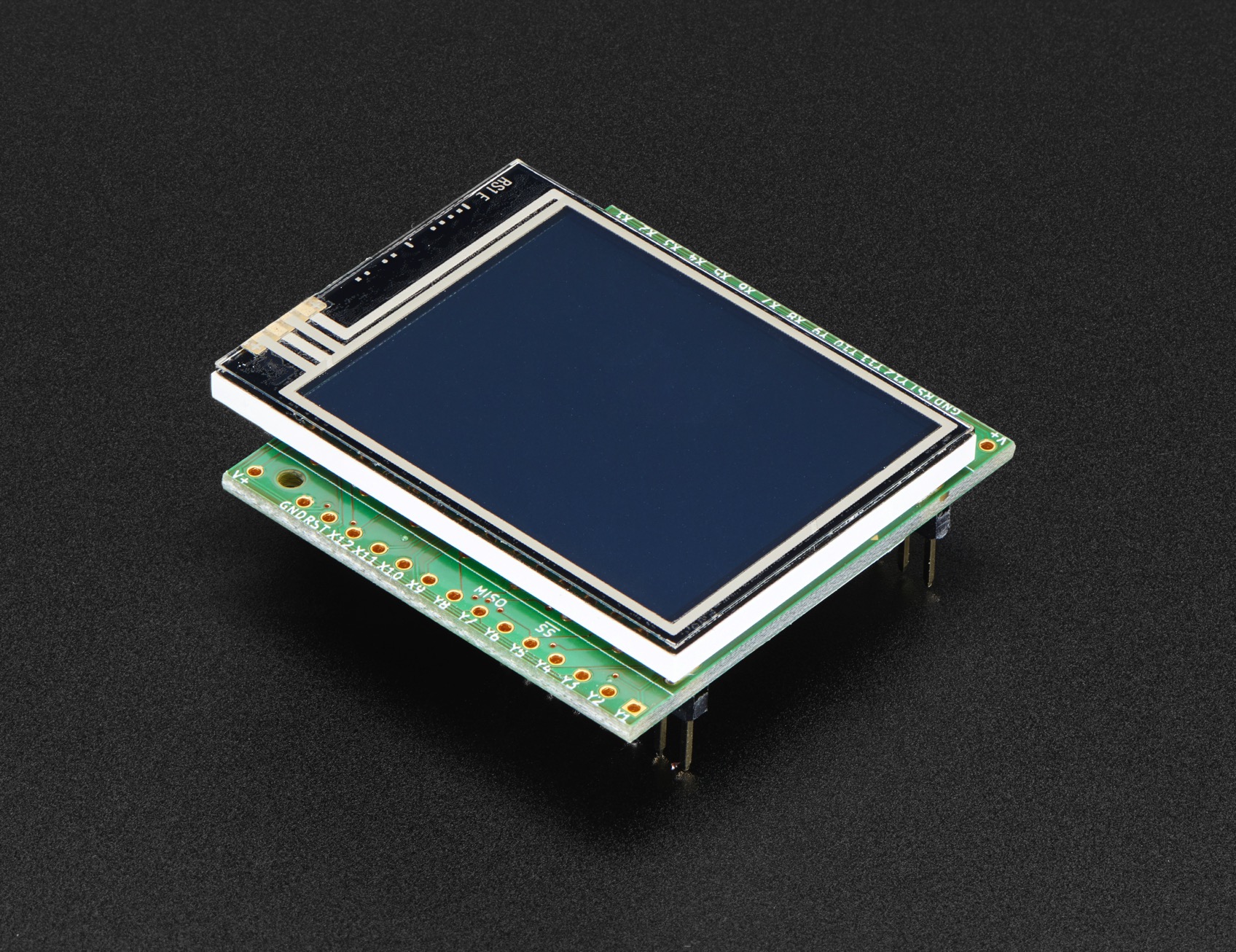 The color LCD skin is a module that fits right onto the pyboard. It provides a 160×128 pixel, 16-bit graphical LCD display with backlight, as well as a resistive touch sensor covering the entire screen.

The screen has 160×128 pixels of 16-bit color, has a backlight with a software-controllable intensity, and a resistive touch sensor which can detect a single force-based touch anywhere on the screen. The display has a custom controller which accepts serial commands via its I2C and UART interfaces, and SPI for receiving raw data.

When sending ASCII and UTF-8 encoded characters to the display, it acts like a simple terminal and prints those characters directly to the screen using the current font and color setting. New-lines are handled accordingly, along with a few of the basic ANSI escape codes, which allows the display to show the MicroPython REPL (or any other such serial output).

There is a set of special control commands (also sent via I2C and UART) which allow one to perform many operations on the screen, such a drawing primitive shapes, setting color and font, downloading JPEG images, and getting the current status of the resistive touch sensor. The SPI interface to the display can be used to send raw data to the pixels at a maximum rate of 30 frames per second. 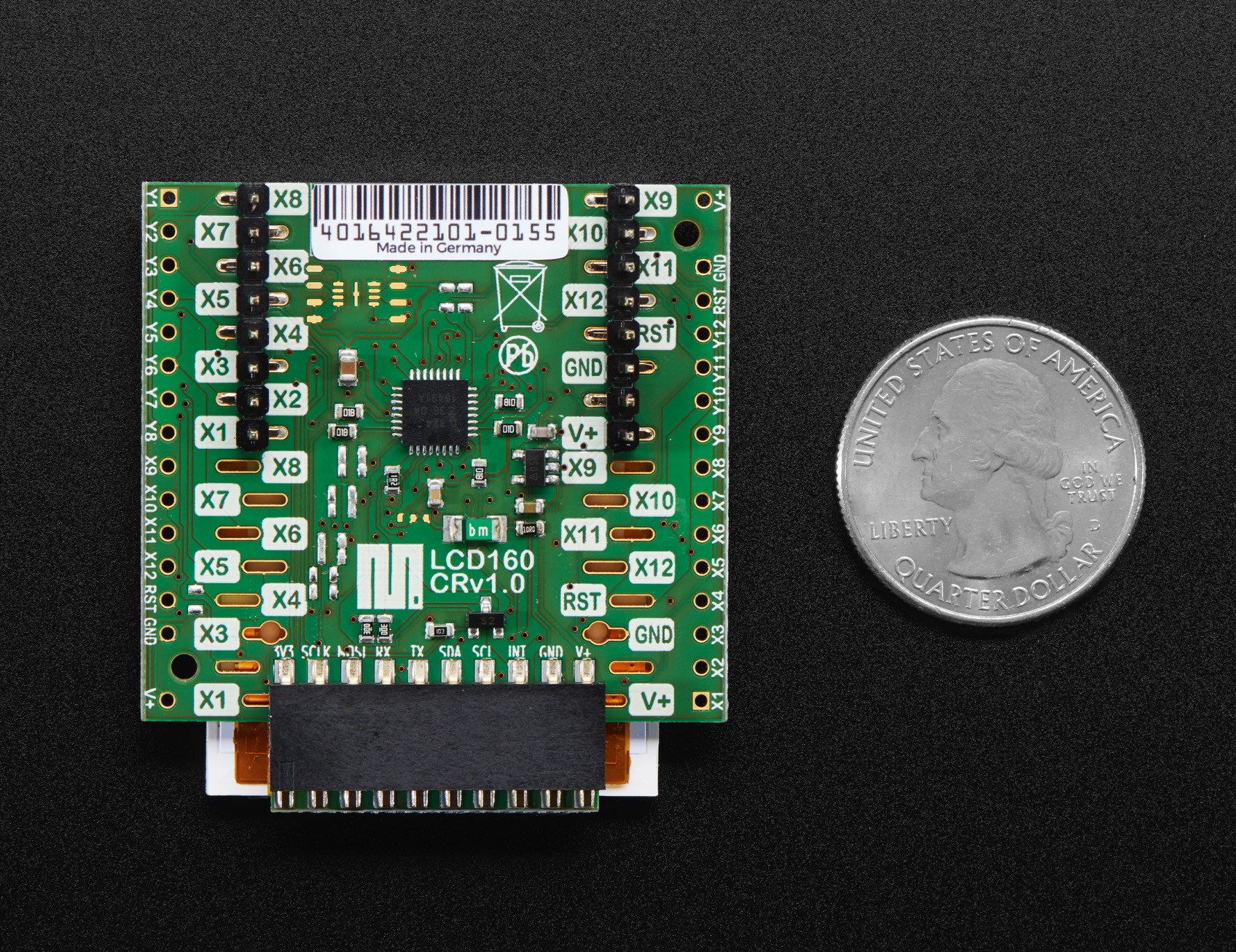 The following resources are available for the LCD display:

This display comes with male header pins already soldered on the back of the module. The header pins plug directly into a pyboard with female headers.

pyboard not included. This display module is compatible with all pyboards!

Finally, there’s the Set of Header Pins for MicroPython pyboard: 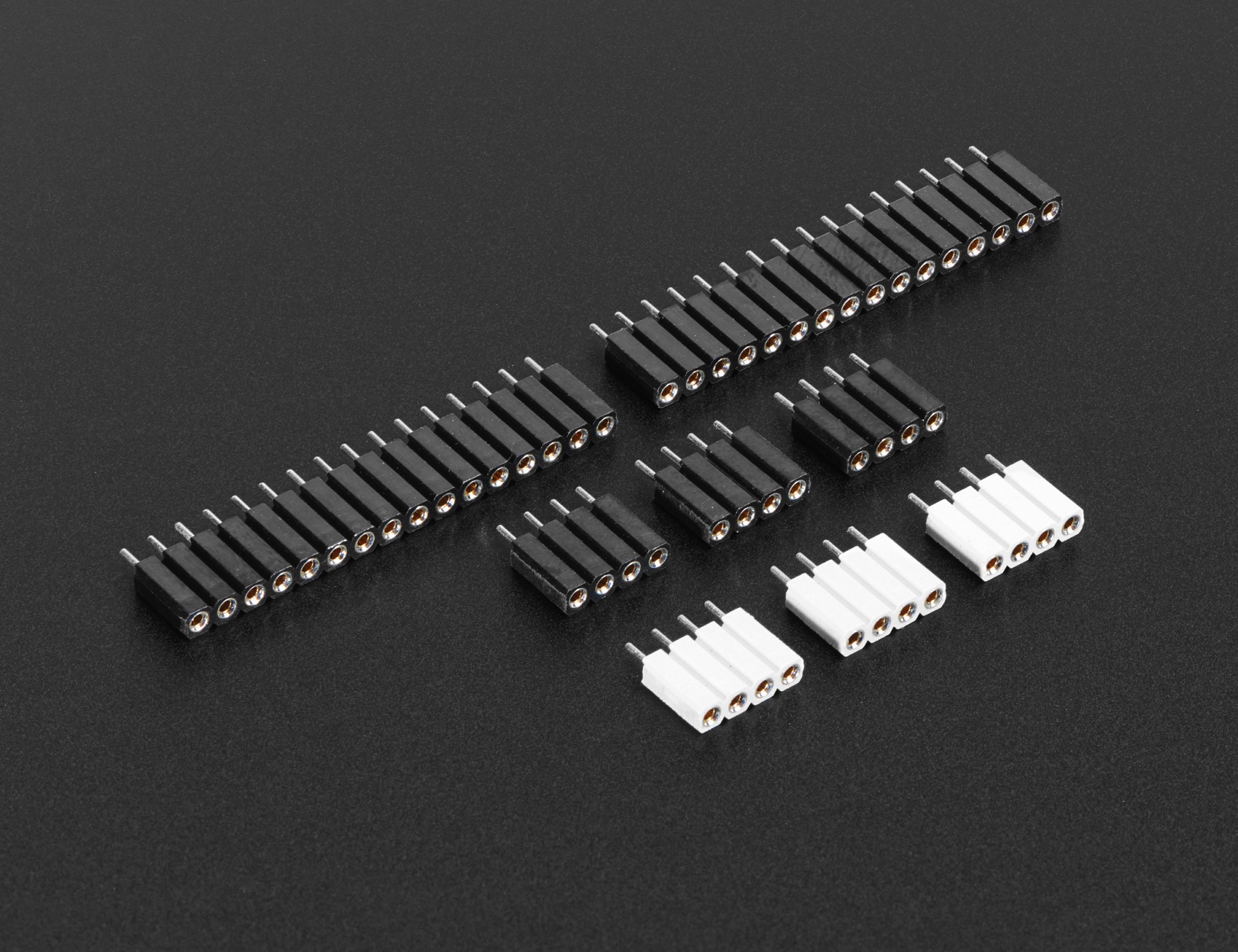 This set of high quality machined header pins can be soldered onto the MicroPython pyboard (all versions), and mate perfectly with both the LCD and Audio modules, as well as the Protoskins. The black pins are used for the standard I/O ports and the 4-way GND rail, and the white pins are used for the 4-way V+ rail and the additional, inner I/O ports. The header pins are female and are compatible with standard 0.65mm square male pins.

In this set are 8 headers with 56 total positions: 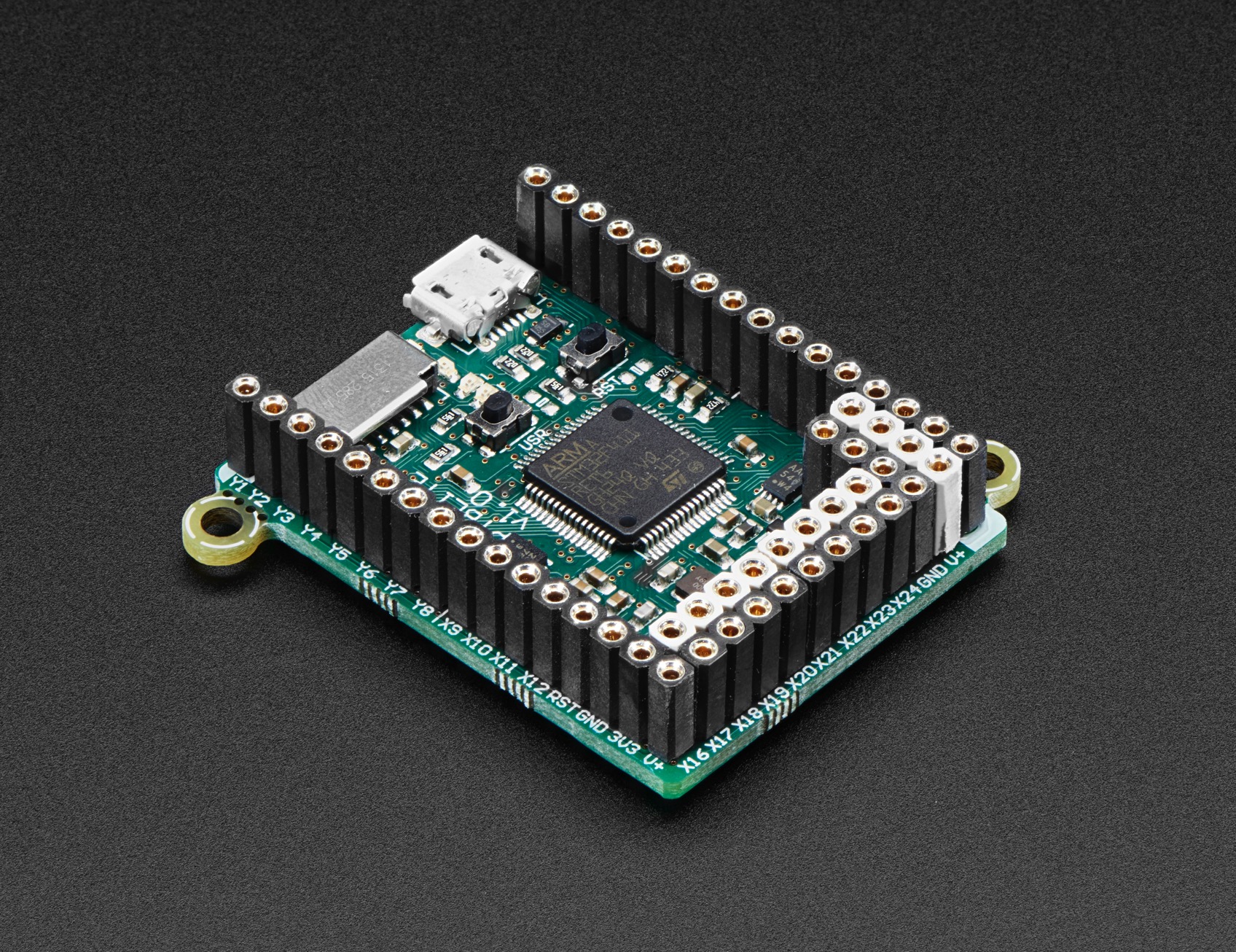