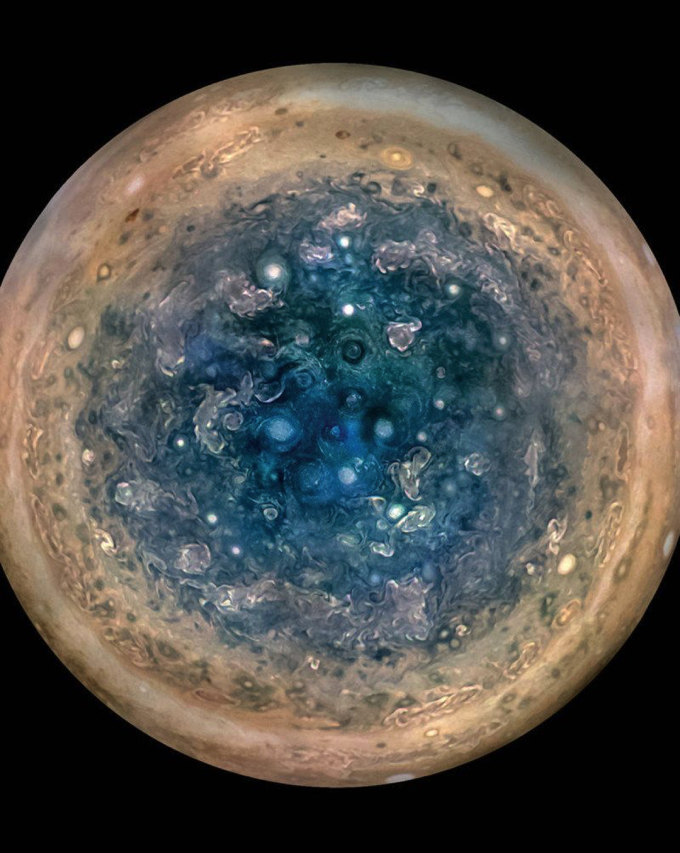 These incredible new Jupiter pictures are helping to turn theories about the planet upside down.

New Scientist reported the first sneak peak of the data from NASA’s Jupiter orbiting Juno mission at the beginning of this month, now the mission scientists have published spectacular new pictures and over forty new papers.

Juno has revealed monstrous cyclones churning over Jupiter’s poles that are more turbulent than scientists expected. The $1.1bn spacecraft spotted the chaotic weather at the top and bottom of Jupiter once it began skimming the cloud tops last year, surprising researchers who assumed the giant gas planet would be relatively boring and uniform.

“What we’re finding is anything but that is the truth. It’s very different, very complex,” said Juno’s chief scientist Scott Bolton of the Southwest Research Institute.

The finding of dozens of huge cyclones hundreds of miles across mean that the poles look nothing like Jupiter’s equatorial region, which is instantly recognisable by its stripes and Great Red Spot.

“That’s the Jupiter we’ve all known and grown to love,” said Bolton. “And when you look from the pole, it looks totally different. I don’t think anybody would have guessed this is Jupiter.” 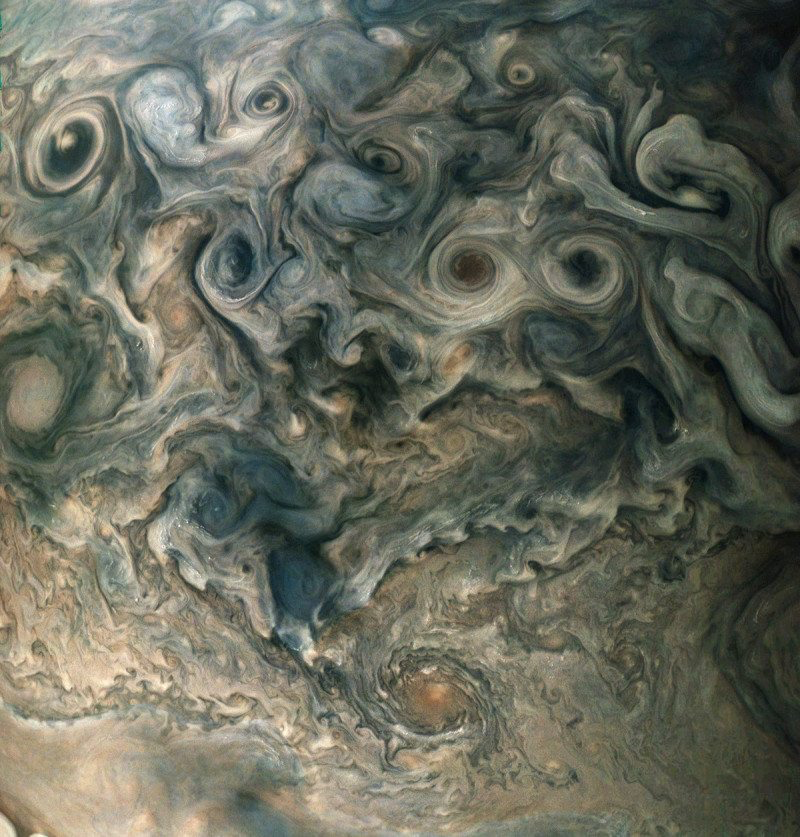