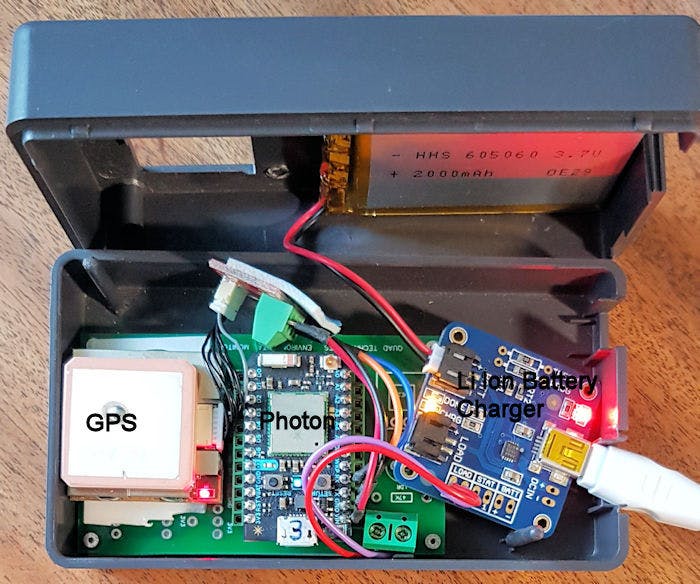 From Peter Howells on Hackster.io:

I had a spare GPS unit lying in my box of old components so decided to put it to good use by installing it into my car together with a Particle Photon, thus allowing me to track its whereabouts when someone borrows it. Of course this project could me modified to track almost anything.

Although I used a Particle Photon which only connects via wifi instead of 3G, I used it for 2 reasons:

1. I had a few spare Photons already;

2. I had an old portable 3G router with a bad battery that I have installed permanently into the car providing a mobile hotspot. Many people have old mobile phones lying around which could be re-purposed to do the same – better than leaving them lying in the bottom of a drawer.

The only item I did purchase was a 2000mAh Li Ion battery and a Li Ion battery charger from Adafruit. This allows me to not only keep it plugged into the cars power socket permanently but also to unplug it and have a portable unit if I need to track something else temporarily. 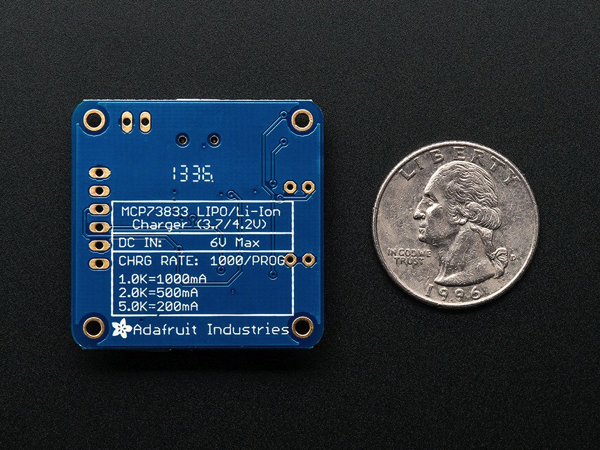 USB LiIon/LiPoly charger – v1.2: This is a Lithium Ion and Lithium Polymer battery charger based on the MCP73833. It uses a USB mini-B for connection to any computer or ‘USB wall adapter’. Charging is performed in three stages: first a preconditioning charge, then a constant-current fast charge and finally a constant-voltage trickle charge to keep the battery topped-up. The fast-charge current is 500mA by default, but is easily adjustable from 100mA up to 1000mA by soldering a through-hole resistor on-board. (read more)

Comments Off on GPS Tracker #particle