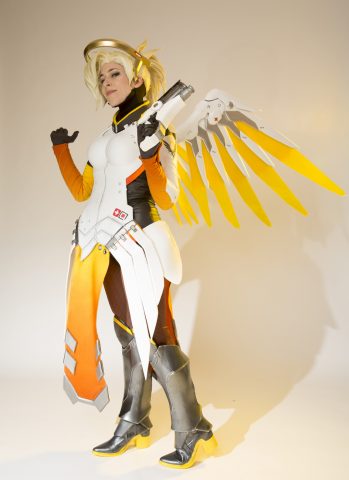 Kalindi Cosplay, a.k.a. Laura, and her husband had an idea for their one year anniversary: they wanted to do a cosplay photo shoot. They dressed as Overwatch characters Mercy and Soldier 76 with the Daredevil skin. It’s been 10 years since she’s made any costume, and she said it was slow going. She’s been making the Mercy costume since January, with 700 hours invested in the project. The Soldier 76 cosplay took about three weeks.

They gathered several reference photos of the costumes and used techniques they’ve never tackled before: 3D printing, using Worbla, using a jigsaw and belt sander, and on and on. Laura documented each portion of the build with helpful tutorials at Facebook, including Mercy’s wig. She started by styling it into a ponytail and had to make a lot of adjustments. What I particularly like about flipping through Laura’s how-tos is that they show what worked and what she had to problem solve. It’s encouraging for any maker to see how someone overcomes issues and works around them.

Get all the WIP images and information at Facebook. 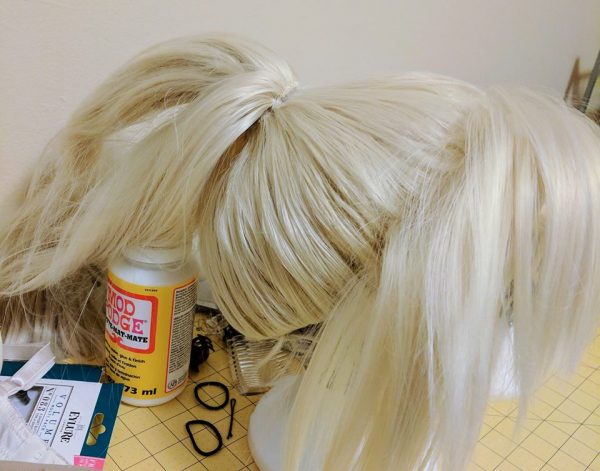 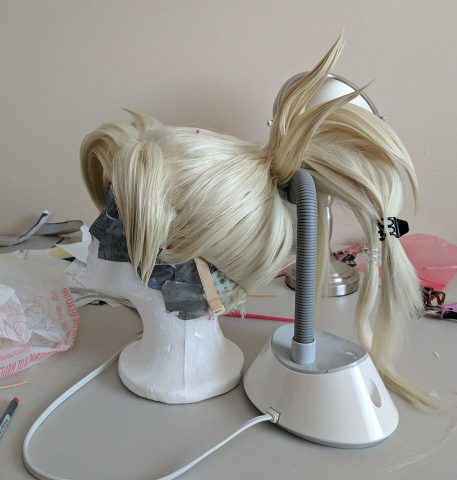 View more photos of the finished Mercy costume and the Soldier 76 ensemble at Imgur.

Comments Off on This Overwatch Costume Took 700 Hours to Make