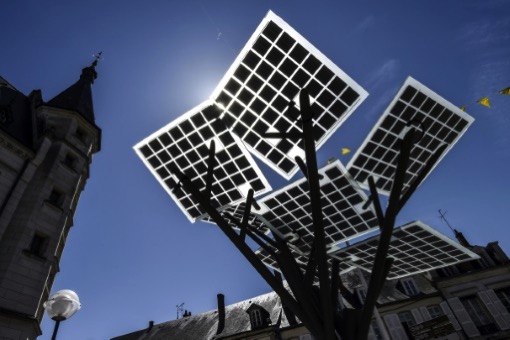 A solar tree with giant square leaves that convert sunlight into electricity was unveiled in the central French town of Nevers on Monday, allowing passers-by to charge their phones, surf the internet… or just enjoy the shade.

The town of 37,000 on the Loire river is the first in Europe to experiment with the technology developed by Israeli company Sol-logic.
Inspired by the acacia tree found in the Israeli desert and African savanna, the futuristic-looking “eTree” also supplies water and street lighting.
The first prototype was unveiled in Israel in 2014. A year later the first operational model was presented at the COP 21 climate conference in Paris.
Since then solar trees have been planted in around 10 cities in Israel and the US.

Comments Off on Solar power from energy-harvesting trees #Solar