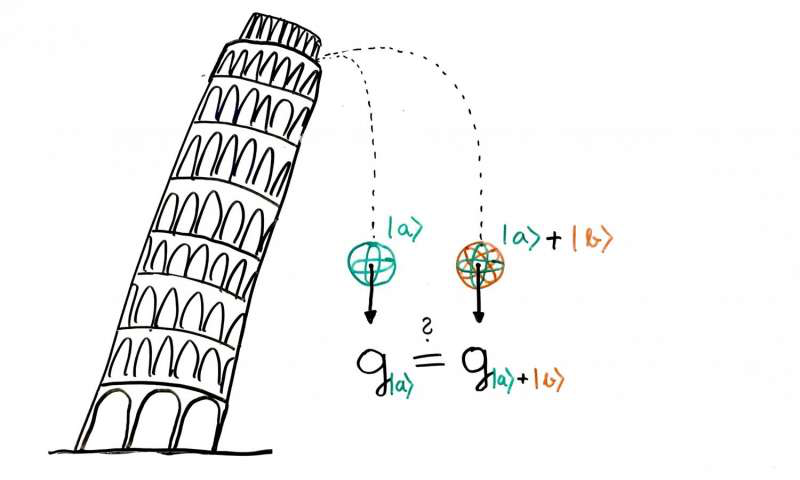 Sixteenth century scientist Galileo Galilei threw two spheres of different mass from the top of the Leaning Tower of Pisa to establish a scientific principle.

Dr Zych, from the ARC Centre of Excellence for Engineered Quantum Systems, said the work could lead to the development of new sensors with applications in the study of volcanic eruptions and earthquakes, in searching for mineral deposits, in navigation of Earth and space, and in high-precision measurements of time, frequency and acceleration.

Mathematician and physicist Albert Einstein described the principle last century and it became known as ‘Einstein’s equivalence principle’ for atoms whose mass is in a quantum superposition state.

Dr Zych said the principle played a vital role in physicists’ understanding of gravity and space-time.
“The principle contends that the total inertial and gravitational mass of any objects are equivalent, meaning all bodies fall in the same way when subject to gravity,” she said.

“Our research team conducted a quantum version of the Leaning Tower test.”

The novel approach was first proposed by Dr Zych and University of Vienna and Austrian Academy of Science researcher Professor Caslav Brukner.

“In relativistic physics, the total mass of a system depends on its internal energy.

“In quantum theory, a system can occupy two or more different energy states ‘at once’. This is called quantum superposition, which means a quantum system may occupy different mass-energies concurrently.”