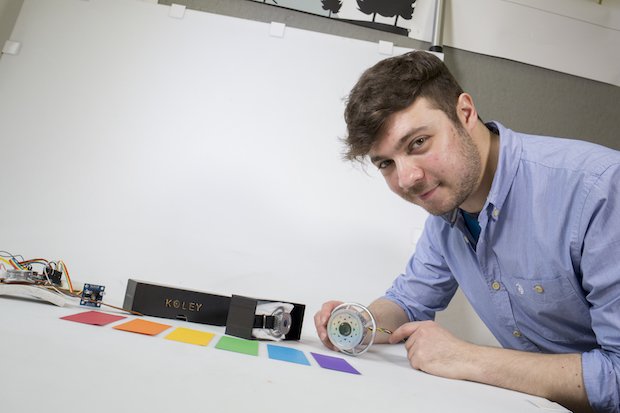 You never know what will inspire making, and in the case of Andrew Cowen it was more like “who”. According to a post by TCT Magazine, Andrew created a wearable device to help his visually impaired grandmother. While most makers have concentrated on the issue of navigation, Andrew’s device is for color because his grandmother was interested in improving her wardrobe choices.

“My grandma often wore bright clothes as they were more cheerful, but found it difficult to match colours correctly. She inspired me to use my degree research to design a useful solution to help her and others who have problems with their vision.”

When I was growing up, I can remember my father’s sock drawer with cardboard boxes separating socks. Each box was labeled with the color name so that my father would have no doubts when getting dressed in the morning. It seems Andrew’s device could help a lot of people who are color blind like my father. 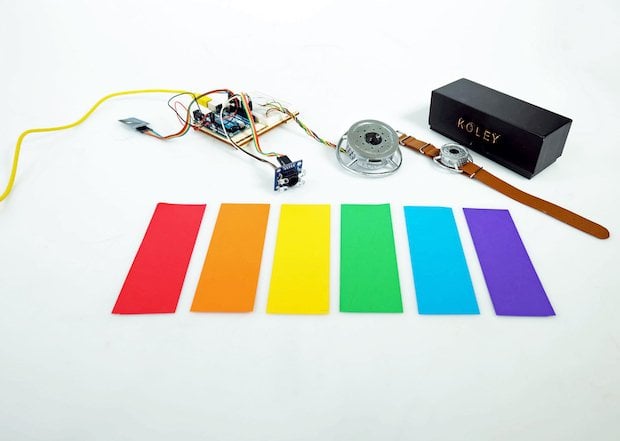 In order to create a wearable for colors, Andrew crafted a prototype using an Arduino with a color sensor. When a color is identified, it can be heard through a speaker. The device, Koley, also allows for quick payments while shopping thanks to a NFC (Near Field Communication) chip. Although the working prototype appears large, a smaller 3D printed prototype of the future wearable was also created. Having a wrist based device makes sense, although I could envision a phone creating this same capability. It’s amazing to think that a color sensor could be so helpful to people, and Andrew has already mentioned the potential of detecting shade variations. If you would like to work on your own wearable, check out our learning guide on Adafruit Color Sensors. These tiny sensors can help you illuminate LEDs to match your clothing, identify colors of objects or even create educational games. How will you use the sensor? 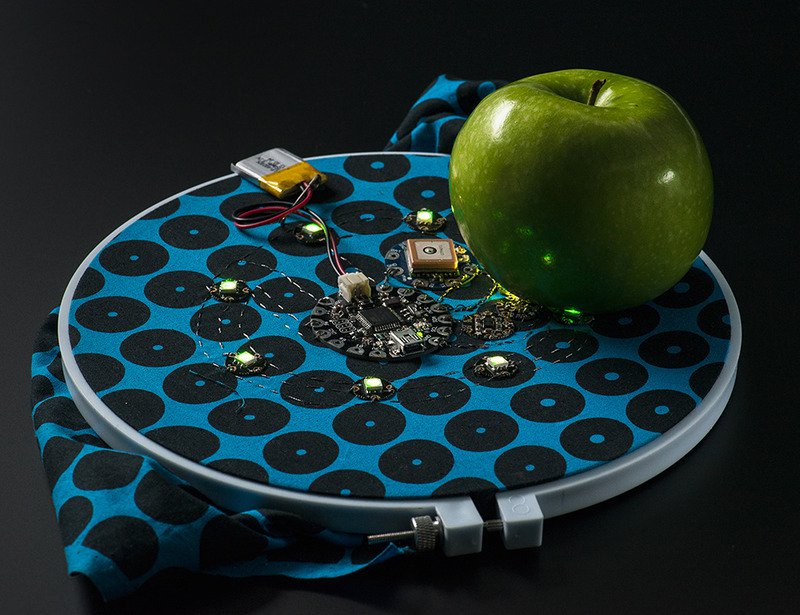