The Gender Balance of the NY Times Best Seller List 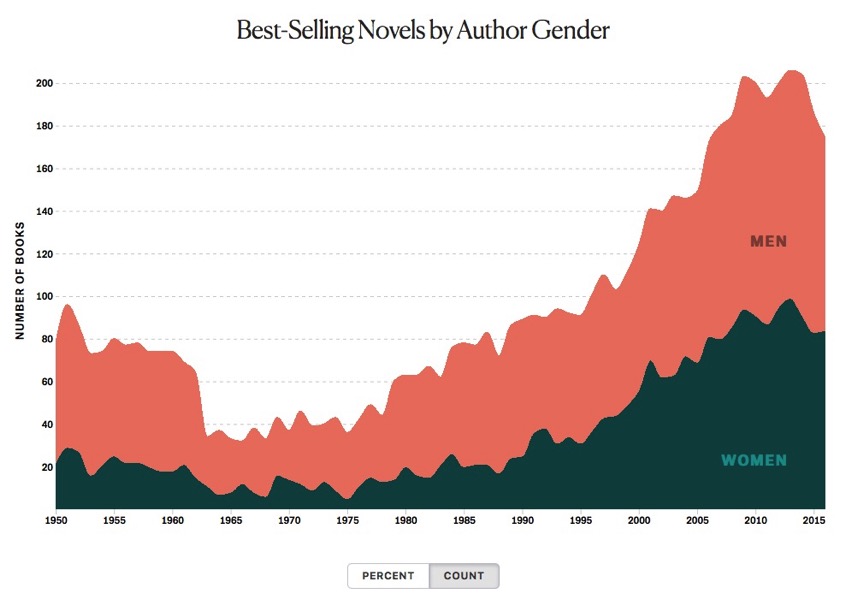 Bias, She Wrote – Fascinating article by Rosie Cima on ThePudding

Shirley Jackson was a literary superstar of the 1940s, 50s and 60s. Her work won the O’Henry award and was shortlisted for the National Book award. She’s best known for “The Lottery,” which is one of the most famous stories in American literature.

In her memoir, Life Among the Savages, Jackson wrote about going to the hospital to deliver her third child, and having the following exchange with the receptionist:

The gender ratio of the authors on the New York Times Best Seller list is one way to gauge how being a female writer today might be different from 70 years ago, in Shirley Jackson’s time. The Best Seller list is the equivalent of the Billboard Hot 100 for literature, tracking the weekly 10-15 best-selling books since the 1940s.

By taking the set of books that made it onto the list each year and looking at the gender of the authors, we can track the changing relationship between author gender and commercial success.