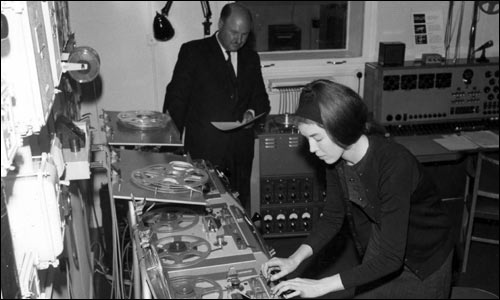 The BBC Radiophonic Workshop now has its own cover band. Arturia have done a new documentary on England’s proudest home for electronic sound, the legendary BBC Radiophonic Workshop. Founded in 1958, the laboratory had the wildly ambitious mission of producing any sound any BBC program might ask for – foley to sci-fi. That of course took on especially unusual possibilities thanks to this trippy show for kids about an eccentric time traveler, Doctor Who – and the inventiveness of the likes of Delia Derbyshire made sounds with brute-force tape manipulations that seem futuristic even today.

Derbyshire and Daphne Oram may no longer be with us, but surviving Radiophonic veterans Mark Ayres, Peter Howell, Dick Mills, Roger Limb, and Paddy Kingsland join in this film. Apart from watching way too much Who, I feel especially inspired by the Workshop thanks to growing up with Kingsland’s score for the radio Hitchhiker’s Guide to the Galaxyand getting to work with my composition teacher Thea Musgrave, who spoke fondly of her own adventure working in the facility.