There are plenty of sensors being used in the ocean, but how many are attached to surfboards? Smartfin is a project that harnesses the talent of surfers to survey the ocean near shorelines using a special fin hacked with tech. I’ve been watching this project since its inception and now it is gathering momentum according to a post by partner Scripps Institution of Oceanography. A few people received the first of the fins at a recent meeting in San Diego of Surfrider Foundation, another non-profit partner and ocean protector. The combination of science and surfing has plenty of appeal according to Andy Stern, Smartfin’s founder.

“Surfers are worshipped by young people,” Stern said. “It’s hard to engage young people in environmental stuff, and you know if I go talk to the Sierra Club, they’re all old folks like me. And it’s also hard to talk about climate change in a way that’s not awful, boring depressing, or gloomy.” Smartfin is different, he said. “There’s nothing gloomy or depressing about Smartfin. It’s entertaining. People want to hear more,” Stern said. “It lends itself to goofiness, and at the heart of it it’s deadly serious.” 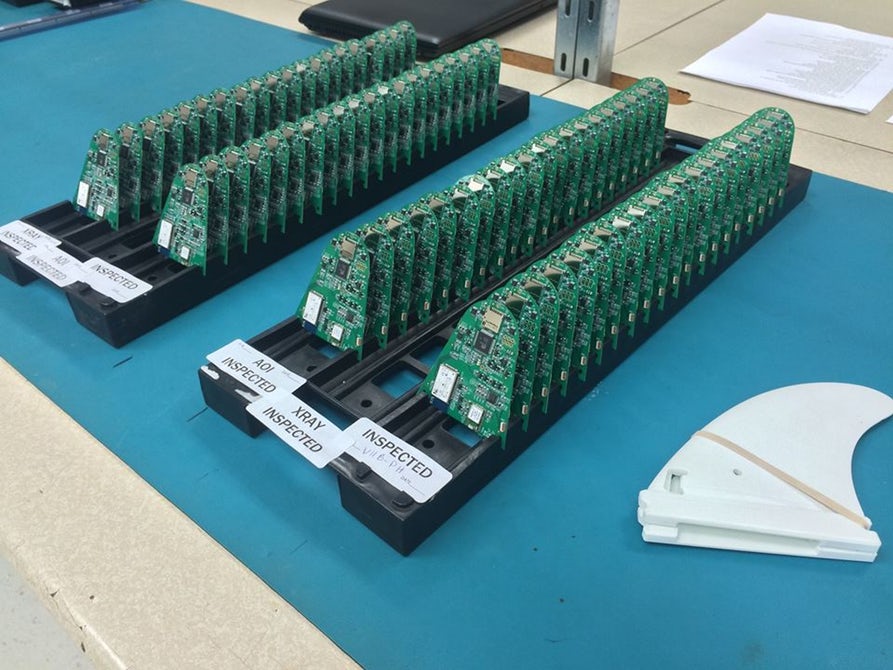 I had to do some sleuthing to find a photo of their boards and luckily a post from NewAtlas shows one of their early prototypes. For now the fin can collect temperature, pH and GPS location, which connects to a phone app. However, in the future the hope is to include salinity, dissolved oxygen, and chlorophyll sensing capabilities. Monitoring the ocean is crucial now with climate change, so using surfers as citizen scientists not only creates plenty of testing opportunities, but also communication opportunities. It’s all about engaging a community around climate change and standing up for the ocean. Check out the teaser on the project from PBS’s recent series The Crowd & the Cloud and make sure to spread the word with your surfer and scientist friends.