Ketturi has the brilliant and simple – brilliantly simple! – hack for swapping out the RJ12 receptacle on his older (“but trusty”) ThinkPad X200s for a SMA-type RF connector for use with an external antenna. Neat!

I have old but trusty Thinkpad X200s laptop that is now retired but still occasionally used. Due being s model, it does not have build in 3G/WWAN antennas in display because there is no space for them. Independent internet connectivity is often useful, especially in places where there is no WiFi or good cell coverage.

Like many business notebooks, my Thinkpad still had 56k modem and land line RJ12 connector, which isn’t that useful in most western countries where POTS and analog modem services have long being discontinued.

My ThinkPad X200s is highest configuration with some self added options, and includes high resolution display, 9 hour battery life, Bluetooth 4LE, 3×3 WiFi-n and other improvements, but lacked WWAN connectivity. It is not available option for this model, as there is no way to fit 6 antennas in thin LCD bezel, but WWAN mini pci-e and sim card still remains in motherboard that is same from other configurations. 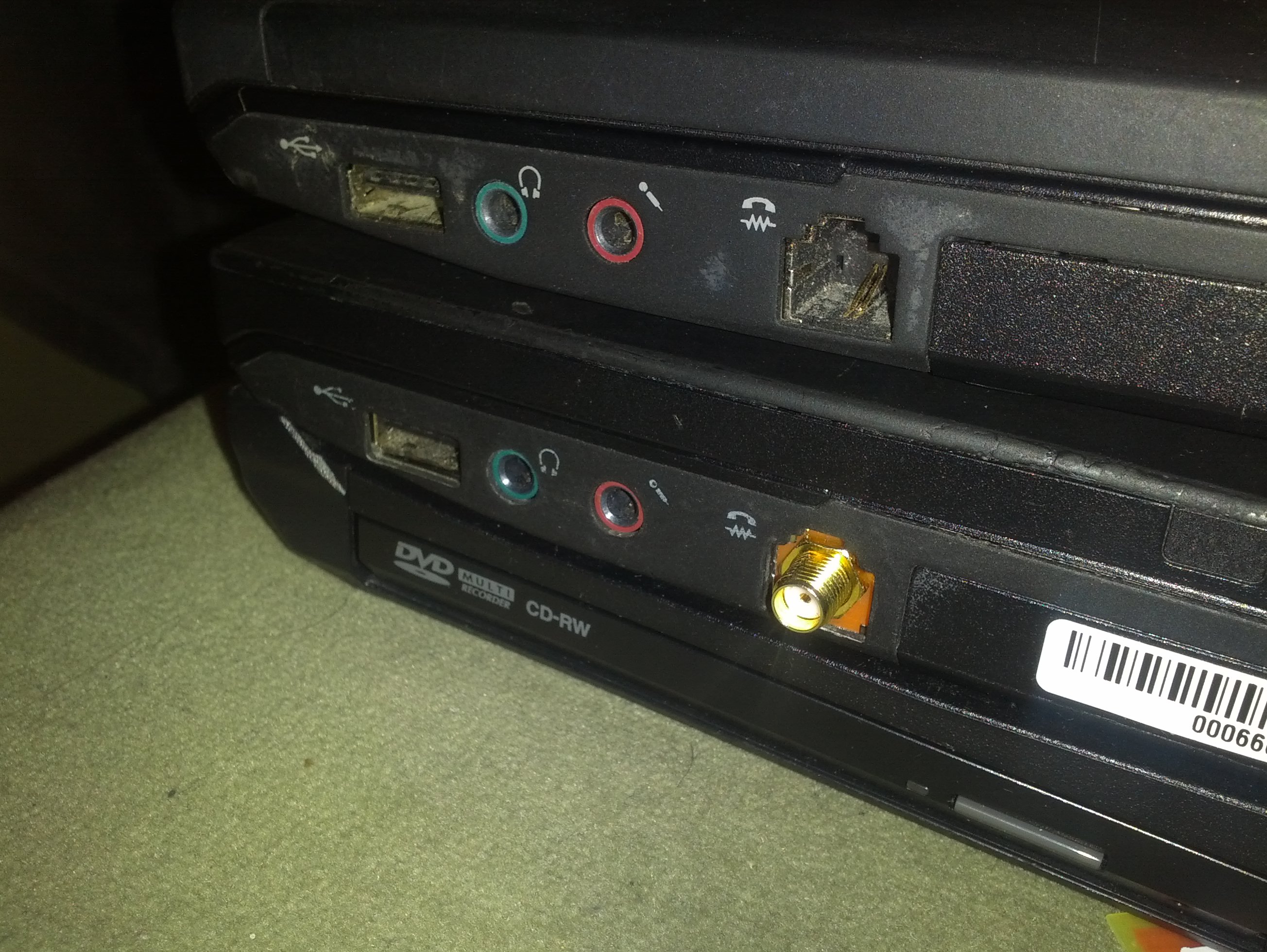 Comments Off on ThinkPad X200s Hot Mod: Swapping the RJ12 with SMA RF for External Antenna