Mark Roeber made the nicest car horn ever using one of our Adafruit Audio FX Sound Boards! Via cnet.

Rober added three new horn sounds to his car. He calls the first sound a “courtesy honk.” It’s a quick, friendly, two-honk chirp designed to nudge texting drivers to move forward at a green light, ask someone to pay attention, or signal a “thank you” while on the road. “I kind of feel like this should be a standard feature on all cars,” Rober says.

Rober built the system himself using a sound board with custom sound effects, a set of horn buttons, an amplifier, a speaker and his wiring skills. Rober’s friend over at YouTube channel I Like To Make Stuff posted a companion video giving detailed instructions on how to build this system for your own car.

As for the other two horn buttons, the red one triggers a train horn, which is maddeningly loud and should be used sparingly. The third button makes a Star Wars R2-D2-like noise that’s extremely chill.

“So that’s my pitch: to make our roads more pleasant by increasing the vocabulary of the standard car horn,” Rober says. If everybody builds a similar system, it might help reduce middle-finger incidents on the road. 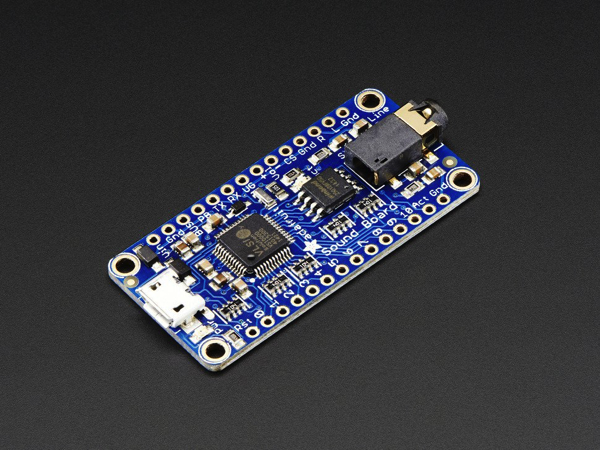 Adafruit Audio FX Sound Board – WAV/OGG Trigger with 16MB Flash: Would you like to add audio/sound effects to your next project, without an Arduino+Shield? Or maybe you don’t even know how to use microcontrollers, you just want to make a sound play whenever you press a button. What about something that has to be small and portable? You are probably feeling a little frustrated: it’s been very hard to find a simple, low cost audio effects trigger that is easy to use and does not require any programming

Don’t get me wrong, I love the MP3 Music Maker shield, and our Wave Shield is a dependable classic. But you still need to get an Arduino involved. There’s all sorts of tricks with ISD chips or recordable greeting cards, but they never sound any good. So after a lot of engineering and tinkering we’ve come out with the Adafruit Sound Board, the fastest way to add audio effects to a project! We think this is the best sound board for props and costumes! Read more.