the Making of Maple Syrup with the Garland Sugar Shack

The “40:1” ratio is the common ratio used by makers of authentic maple syrup for the conversion of sap to syrup. I’ve assisted a maple farm in upstate NY with making syrup once, but it was a non-factory farm, so we only turned maybe 200-300 liters of sap into syrup. Nothing this scale, or beautiful, frankly. Some of this equipment – stainless steel, clear-plastic tubing, energy efficient stoves, and more – is fabulous to see in action, and it’s great to see the labor of love this company puts into every bottle (and makes me want to pick up a bottle of their syrup the next time I see one!). 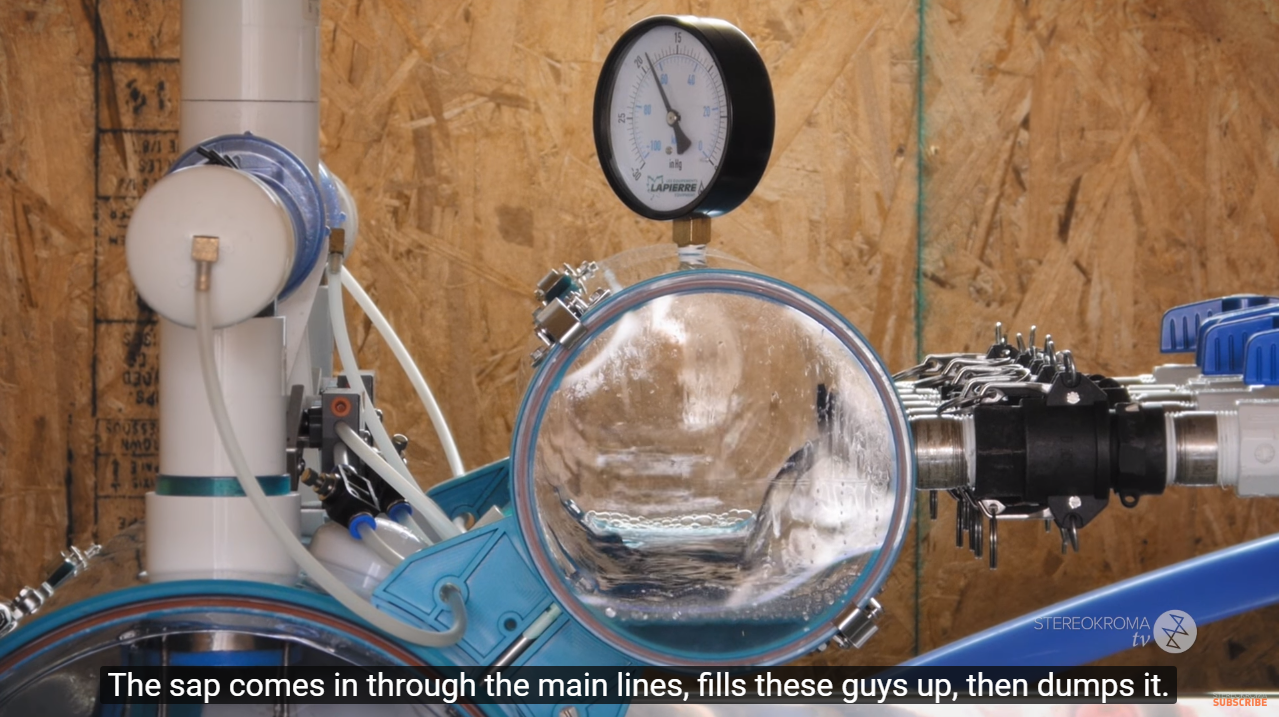 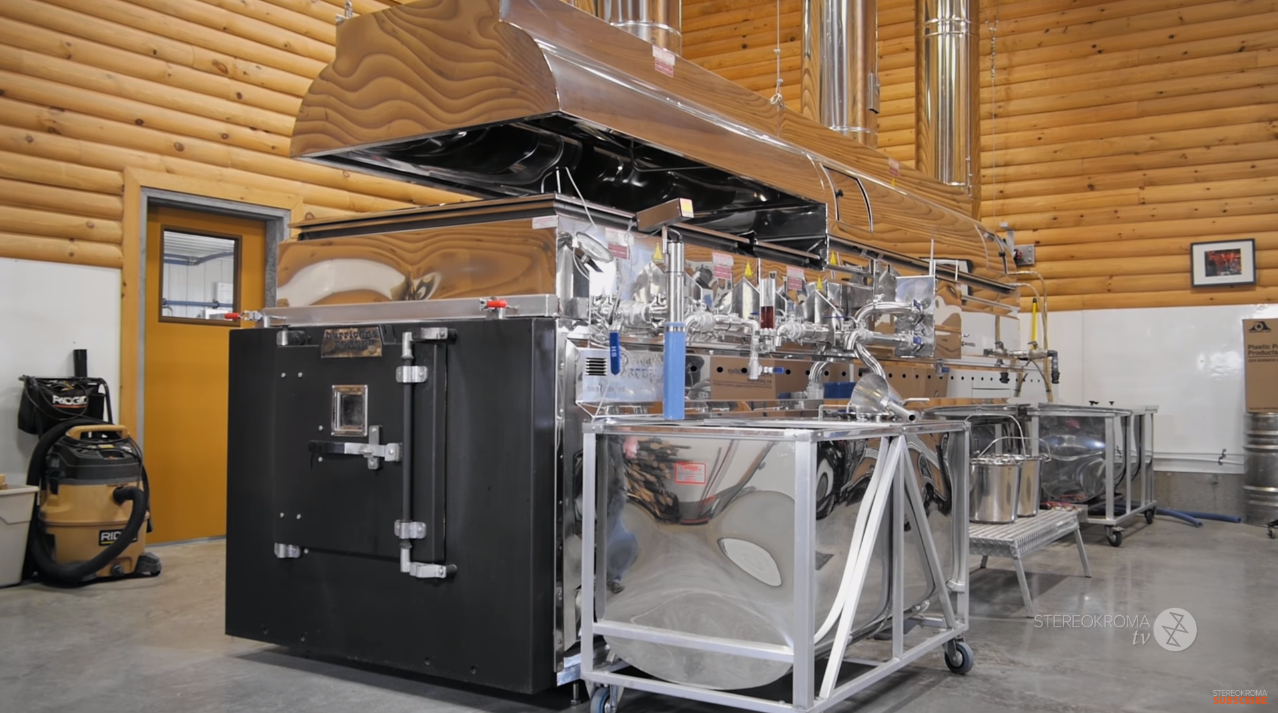 After many years of wanting to do such a video, we finally had the opportunity to show you how one of Canada’s most well-known exported products is made: Maple syrup. Canada produces around 80% of the world’s maple syrup, and maple syrup is considered a luxury food item internationally. The traditional originates from the Aboriginal Peoples, who taught first settlers in Canada how to make maple syrup with tools made of birch and iron.

In this episode, we join the Garland family on their century-old farm where they gather maple sap from trees in the area and transform it into delicious liquid gold. Their farm is located in the bilingual region of Eastern Ontario, near Ottawa. They have been collecting maple sap throughout generations, first using the traditional method of spile and bucket and boiling the sap down on a box stove, and now modernizing their process to use pipelines and an industrial-grade evaporator. They currently have approximately 4,200 taps and are working their way up to a large-scale product of 10,000. The process involves collecting the sap, then boiling it down to a thick syrup, and refining it into an edible product. The most surprising part of the process was that maple sap actually carries lots of natural, gritty sands that need to be filtered out. How long does the process take? Well, we were there for about 16 hours to film, and Ivan was still working hard after we left at 1:30am on the same batch. Although the concept of the process is simple, it is hard-work requiring plenty of supervision and technical knowledge.

What does maple syrup taste like? In Europe, the type of tree syrup mainly produced is birch syrup…which allegedly tastes “more like medicine”. Maple syrup tastes very sweet, but has a nice smokey flavour. It’s great for dressing pancakes, waffles, meats (such as bacon), and is quite versatile in baking. Did you know that, unlike other syrups and sugars (brown sugar, corn syrup), maple syrup is actually good for you? It carries minerals such as: calcium, magnesium, manganese, zinc, potassium, and iron among others. Other sugars offer little to none of this nutritional value.

Maple syrup is used to make soft candy, maple butter, maple jelly, maple popcorn, maple sorbet, maple cones, maple tarts, and maple cotton candy. It can be used in place of regular sugars as a sweetener in baking or drinks, and has lower glycemic load than brown sugar. It’s basically a super food! One that tastes great.